With the next generation of consoles looming, developer Visual Concepts has decided to shed some light on the current generation’s version of NBA 2K21, highlighting some new and improved features, updated modes and revamped locations. While much of the next-gen version is still under wraps, our sneak peak has given us a positive feeling about this generation’s possible and likely last NBA 2K outing.

For those of you that have not played the free demo, currently available on all platforms, much of the core gameplay remains the same. Now before anybody jumps to conclusions about any copy and paste action going on, take note that while improvements are minimal, they alter and affect the gameplay in meaningful ways. Players have a nice sheen to them, and facial animations have been updated to reflect and recreate a more diverse range of emotions and reactions. These improvements also apply to some of the older, classic teams and players that always looked a little too underdeveloped to me. The Pro Stick (or Shot Stick as it is otherwise known) has also been revamped for NBA 2K21. While previous versions of the shot stick allowed for both shots and dribble moves, shots have been placed either in front or behind the stick, leaving a wider range of dribble moves and motions by wiggling the stick left and right. Too often in NBA 2K20, I found myself taking unnecessary shots simply because I had titled the stick too far forward, tricking it into thinking I wanted to take an awkward, sideways and contested shot. Entering a shot feels more deliberate thanks to a new shot indicator which prioritises direction over timing. Dribble moves will also feel free and varied, thanks to the inclusion of some new signature dribble moves. 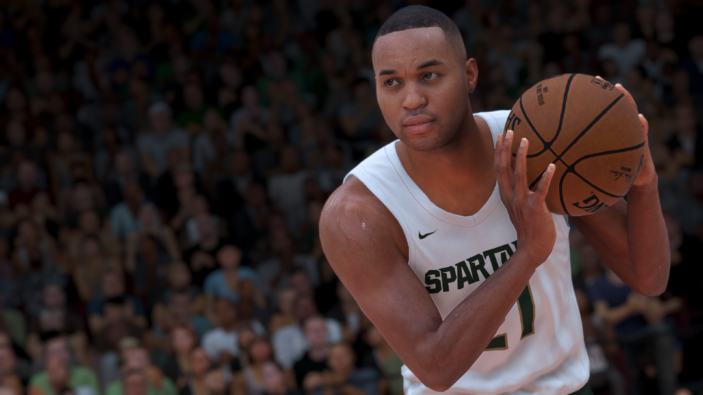 Gameplay aside, NBA 2K21 also boasts a number of new features and modes, some of which will even carry over the next-gen versions. Firstly, it seems as though much of the popular MyTeam mode will remain the same, but with an interesting twist. While card collecting is where it’s at, much of this mode’s content and structure will be broken up into seasons, similar to that of Modern Warfare or Fortnite. I feel as though this will factor greatly into the longevity of MyTeam, as it will hopefully draw some of the more casual fans back into the experience time and time again, particularly after much of the momentum has worn off. It’s also worth noting that newly acquired badges can also be customised in some capacity, therefore affecting their impact on the court.

We didn’t necessarily hear much about the specifics of the new career mode, but what we heard was definitely surprising. This year’s career mode will be titled The Long Shadow, and while I hope this is a touching reference to the late great Kobe, we are yet to see exactly how this plays out. We can deduce however, that this year’s MyCareer will play out as it always has, with a greater emphasis on college ball, featuring some impressive mo-cap work from actors and players alike, from Damian Lillard to Michael K. Williams. Once again, you’ll create your player, this time known as Junior, as you pave your way to NBA stardom.

A fresh change this time around, is 2K Beach. What seems to be a revamped and inspired version of The Neighbourhood, now takes the game to a sunny and vibrant version of what can only be described as Venice Beach-esque . While there’s not much more we can tell from the various activities and locations we’ll be able to explore within 2K Beach, I feel it’s safe to say that every feature, activity and mode will carry over, with some added extras. I only hope that Kobe’s impact will be felt here, more so than any other mode, with customisation options extending to wall murals and artwork spread about the beach. 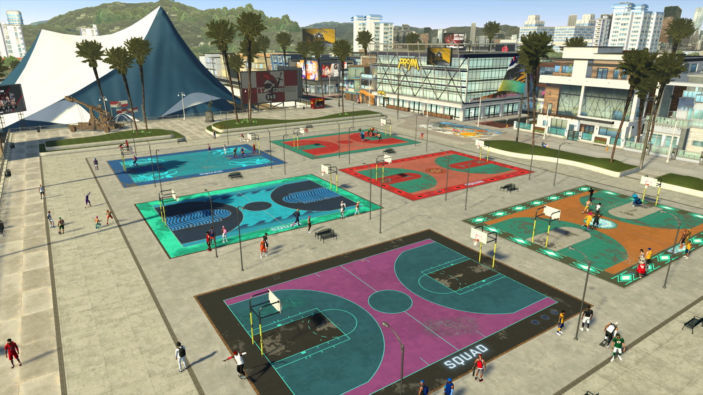 All around, it feels as though NBA 2K21 has made it a point this year to take safe and calculated steps forward, which is admittedly a given, seeing as the next generation is right around the corner. I should also mention, that while progression in certain modes such as MyTeam may carry over, we were made aware the next-gen version is an entirely different one, built from the ground up. Overall, I’m still excited as ever, and 2K Beach seems like a perfect way to get some virtual sun, given the real one is only starting to show it’s face down under.

We’ll see you on the court when NBA 2K21’s current-gen version launches on 4 September, for the Playstation 4, Xbox One, Windows PC and Nintendo Switch.