NBA 2K21 Introduces ‘The W’ for the Next Generation

NBA 2K21’s next generation counterpart will be introducing ‘The W’, a new portion of the game dedicated to the WNBA. Narrated by WNBA legend Candace Parker, the trailer revealed a new fully fledged career mode, which allows players to take their own custom created character through the ranks of the WNBA. It’s worth noting that while the WNBA has featured since NBA 2K19, but was limited to exhibition games. This next generation entry stands as the first to provide a dedicated WNBA MyCareer mode.

It remains to be seen if this career mode stands apart from the more traditional male-oriented NBA careers and storylines, but will most likely include the same progression and structure of a full 82 game season, as you develop your player and aim for numerous milestones, awards and titles. 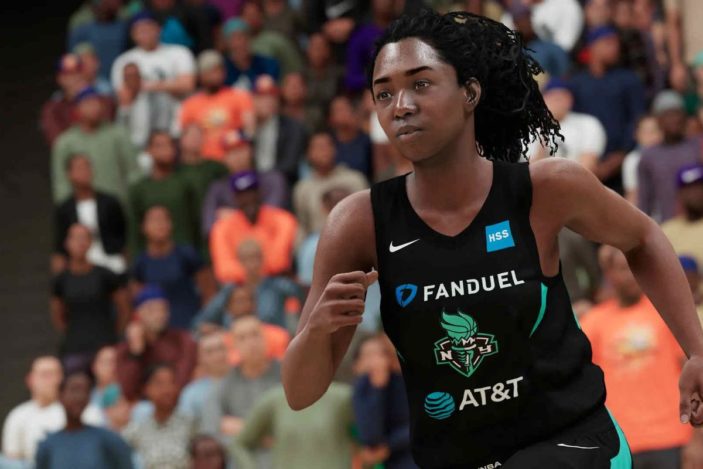 Our first look at ‘The W’ also features exclusive 3v3 matches against others online, on a fresh, new court. It may seem like a long overdue addition, but NBA 2K21 will also provide the ability to create and customise female players, to presumably use in both aforementioned modes. While it remains to be seen just how much ‘The W’ will seep into the overall structure of the experience, as the WNBA has always been confined to its own option within the menu, however, if this remains the same, it’s safe to say that the future is bright for the WNBA with the NBA 2K franchise. Check out the new trailer below:

You’ll be able to experience ‘The W’ when NBA 2K21 when it launches alongside the next generation consoles on the 10th and 12th of November for the Xbox Series X/S and Playstation 5 respectively.