With a rich, 27-year history to tap into, NetherRealm Studios has plenty to play around with for Mortal Kombat 11, the latest title in one of gaming’s most time-honoured fighting franchises. And they most certainly do not hold back, making clear efforts to best 2015’s Mortal Kombat X, which following release was considered one of the greatest fighters ever made.

Mortal Kombat X was a revolution to the long-line of MK games that have been churned out over decades, presenting a refresh on the whole franchise without stripping away the game’s core. It felt mature in a way no MK title before it felt, rejecting gimmickry and finding a way to insert a bit of dynamism into the formulaic blood-and-gore combat. You could customise your fighters in ways that made sense, choosing distinctive fighting styles that were well thought out and nuanced enough to keep things interesting.

The brutality and visceral combat of MKX remained largely untouched though, just tweaked and refined to look better in its attractive new 2.5d skin. Classic moves were finessed, new characters were distinguished, and for the first time, a story mode you would actually want to play again was introduced. It felt – and was – vital.

Mortal Kombat 11 feels very much like an improvement on everything its predecessor did right, running further down the road to redemption for a series that just flat-out refuses to end. Much of its energy owes to the game’s interesting concept, which makes its biggest impact in what is quite possibly the greatest and most surprising story mode in a fighter, ever.

The clear advantage of having such a long history for your characters is just that, history. Mortal Kombat has never been too elegant about expressing the series’ lore, but NetherRealm found a clever way to fix all of that. They introduced a new big-bad by the name of Kronika who, after the events of MKX, has stepped in to take advantage of a split in timelines.

How? Well she’s a time lord of course, an elder god who can manipulate time and bend events at her will, which gives her a way to merge timelines to her evil benefit. Her goal: erase Raiden from time all together. 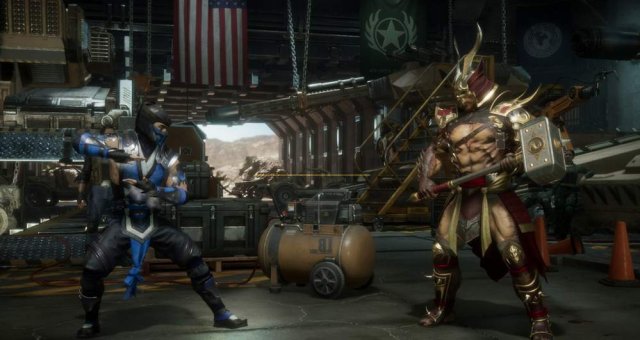 Kronika herself is not the greatest character NetherRealm have come up with, nor does she make for a very entertaining boss fight. Although her impact in the story is magnificent, bringing back younger versions of present-day Mortal Kombat legends which then gives the writers reason to play around with inter-generational, inter-timeline plots that carry the weight of the entire series, throwing out Easter Eggs and fan-service moments like you wouldn’t believe.

The result is a campy, thoroughly entertaining action flick that features actual emotion alongside all that ridiculously over-the-top gore. It has depth, plays with character dynamics in a much better way than the Story Mode from MKX, and believe it or not, features some great humour. The histories and motivations that sit behind day-one characters like Scorpion, Sub-Zero, Sonya Blades, Lui Kang, and Raiden are explored and fleshed out as allegiances are thrown all over the place.

There are some genuinely fun moments, which in turn lead to gleeful sequences of gore that truly feels like part of the story as opposed to just thrown in for the sake of it. And then there are some genuinely tender moments, often playing with the cross-generational issues of the Briggs and Cage families or the epic rivalry between Sub-Zero and Scorpion, the latter particularly well drawn as he confronts his younger, angrier self.

Problems still exists though. There are moments in the story that I wish I could have played through rather than watched – because they were just so damn cool – plus you’re locked in to using whatever fighter serves the narrative at that time. And as always, some fighters are awfully dull compared with others, specifically two of Kronika’s cronies who both pale to classic sub-bosses like Goro and Motaro.

I would have also liked to have at least been given the choice to play as enemies at some points through the story (I just really want to play as Cyrax, ok). The “good guy” team is almost always putting a major focus on the same characters in each iteration – mainstays like Johnny Cage, Sonya Blade and Raiden – so it would have been nice to have a bit more variety given how compelling the story is. 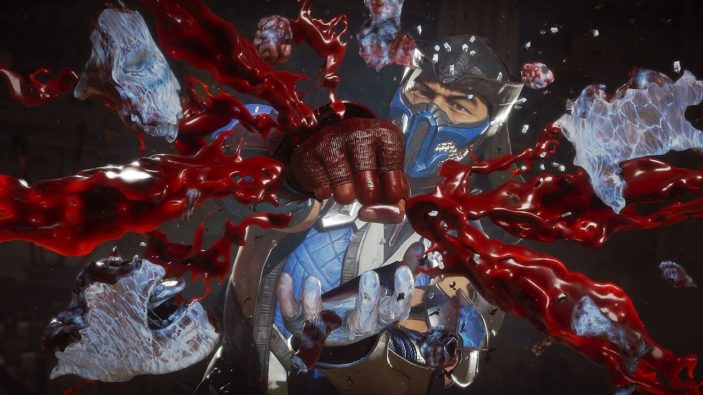 Given MK11 is the cap in a trilogy that began with the Mortal Kombat reboot in 2011, there are strong wrap-ups to many character arcs that essentially wipe the slate clean for the next instalment. Certain fan-favourites “die” and two characters even merge into one, boosting the strong script that is furthered with great casting (except Ronda Rousey and her lifeless expression of Sonya Blade).

Overall, long-time writers Dominic Cianciolo and Shawn Kittelsen have done an exceptional job articulating how far Mortal Kombat has come, crafting a memorable story that not just acknowledges how ridiculous and over-the-top MK has always been, but also how much has happened to these characters over the years. Dedicated fans of the MK universe are rewarded with many references to MK lore as a result.

The Krypt and Towers of Time modes have been given the most scrutiny following MK11’s release; the way NetherRealm have dealt with the game’s economy being the biggest issue. Grinding to unlock everything in the game is ridiculous, and while this won’t have much of an effect on most players, those who really want to get the most of the game will have to deal with constantly earning in-game currency and spending it on randomly generated chests in the krypt; or spending their real-life cash as a shortcut.

The Towers of Time, Mortal Kombat’s randomly generated challenge mode designed to up replay value, has the issue of frustrating modifiers. Beat your opponent with the light off. Deal with another fighter assisting your opponent. Mortal Kombat, but your opponent has almost 10x your health. These handicaps can keep things interesting for awhile, but then they can also become a pain quite fast.

Thankfully, NetherRealm have acknowledged both issues above and have promised to fix it in a newly released update. This includes a boat-load of Krypt Koins awarded like a participation medal, and a slight rework of the Towers of Time difficulty issue.

That being said, the Krypt is a great improvement from previous titles. It feels like a walkable Mortal Kombat museum, with a lot of exclusive references and detailed locations featuring chests that are unlocked with different kinds of in-game currency (earned in fighting modes). It’s not quite as rich of any adventure as Story Mode, but it does just fine as you go through the motions to unlock around 1500 skins, 75 intros, and 2250 gear pieces, numerous fighter brutalities, fatalities (each fighter has 2 – one already available, and one unlockable) and “Konsumables” (modifiers) which can be used in a fight. 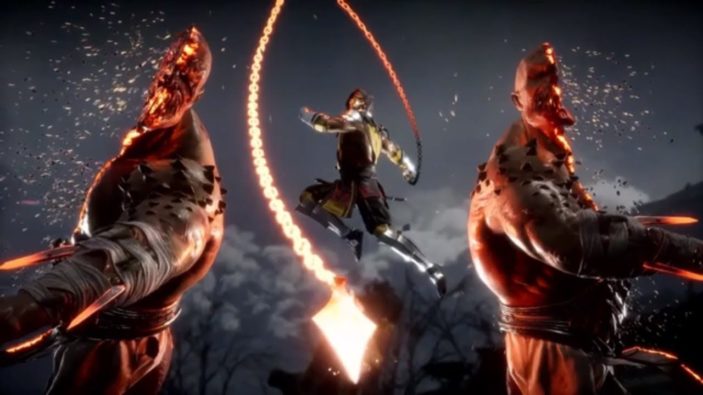 Mortal Kombat simply wouldn’t be what it is without the one-on-one fights. And they are as any MK fan would expect from a modern iteration: polished, frenzied, bloody and fun. No, Mortal Kombat – or any other fighter – can ever escape the button-mashing hack that is often used to reduce the genre to one-note, but this title does plenty to keep it at least feeling dynamic.

Each character has numerous combos to pull off, several special moves, and – once unlocked – a load of brutalities to show off. X-ray moves are long gone, welcoming “Fatal Blows” instead, which can be performed after your health dips below 30%. Fatal Blows are essentially multi-step cinematic special moves, most beautifully crafted to maximise both damage and gore as well as throw in nice fan-service like Liu Kang’s dragon or Sub Zero’s ice axe.

It’s impressive that NetherRealm have managed to out-do themselves with fatalities as well, considering how it would be more difficult to come up with something original as each MK title is released. Some of these are downright disgusting, and almost all of them are disturbingly entertaining caricatures of death.

25 fighters stand in current MK11 roster, including perennial essentials like Lui Kang, Scorpion, Kitana, Baraka, and Jax. It might not be the best initial roster in a MK game so far though, with some obvious fan-fav omissions including Reptile, Cyrax, Kenshi and Ermac. The selection will no doubt grow as the game barrels along though.

Aside from the controversy over the Towers of Time and the Krypt, NetherRealm have really outdone themselves on fan-service with MK11. It’s a blood-soaked love letter really, given a surprising amount of depth with some excellent writing and an inspired concept.