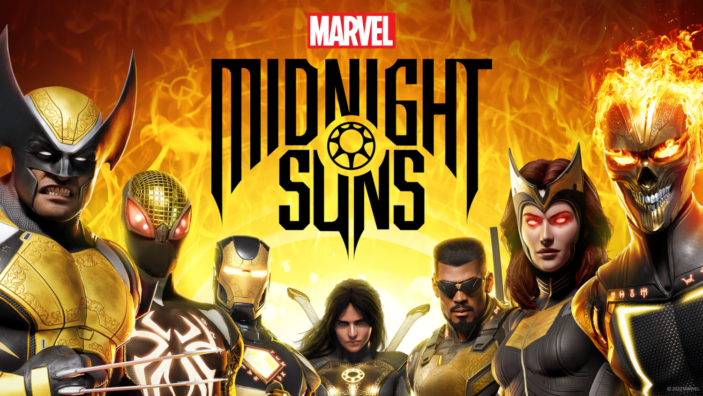 With Marvel dominating the film, TV and gaming landscapes, it’s no surprise that someone finally got around to adapting Marvel’s Midnight Sons in some way, shape or form. Yes, you read that right; while Marvel’s original and existing comic book series is spelt a little differently, developer Firaxis Games‘ take on the Midnight Suns still manages to shine an impressive light on the gang of supernatural heroes, tackling a lengthy narrative that is tied together and driven by an innovative and engaging card-based battle system that strengthens much of its gameplay. While it can feel a little long in the tooth in certain sections, many of Marvel’s most popular superheroes are given much of the spotlight, carrying what is otherwise a straightforward story.

Marvel’s Midnight Sun’s decision to take things in a supernatural direction immediately feels fresh, given the expansive world that the studio has built in recent years, through various films, TV shows, games and existing comics. Loosely based on the comics which began in the early 90’s, Marvel’s Midnight Suns sets things off with a bang, immediately thrusting players into the core of its story with the resurrection of the evil witch, Lilith. Naturally, her intended goal is built around world domination and eventual destruction, with our titular gang having to band together to put an end to her evil ways. Interestingly enough, Lilith also serves as the mother of your custom created character, known as The Hunter, as you too are brought back from the dead as a last resort.

The remaining 60 hour narrative is built very much around this central relationship, all while introducing and building upon our protagonists connections to her teammates. We’re frequently presented with introductions to the entire squad, from Dr. Strange, to Iron Man, Blade, Spider-Man, Wolverine,  Captain America, Scarlett Witch and Captain Marvel, each of which contribute evenly to aiding your quest. At around 60 hours, much of Marvel’s Midnight Suns is told through both cutscenes and lengthy conversations, which can admittedly drain the pace after a while.  There are many intriguing and somewhat emotional moments, mainly due to the divide that the villainous Lilith attempts to create between our heroes, that strives to get things back on track, but do so infrequently. 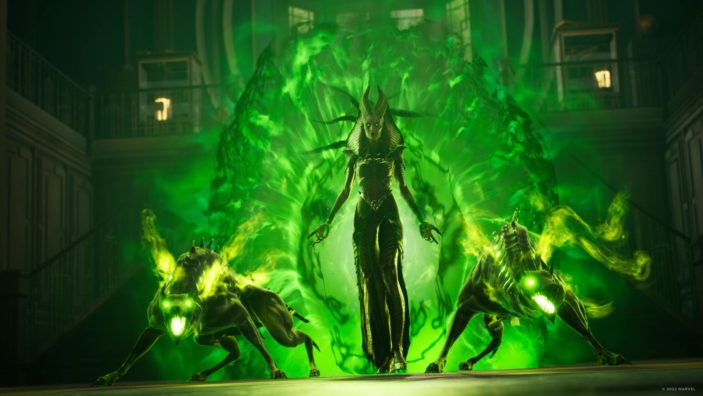 The story does dish out an impressive amount of variety, as introductions to each superhero are fleshed out with a good amount of context and backstory, explaining exactly what led them to their involvement in the Midnight Suns. With a hefty amount of heroes along for the ride, you’ll more than likely spend a fair amount of time with at least one of your favourites along the way. Thankfully, both writing and voice acting are punchy and nuanced, reflecting on many of the personalities bolstered by the MCU films, with enough individuality to keep them distanced from those films and versatile enough to interact with the main story, free of any forced one liners or refences to other properties.

That being said, most of the introductions do a great job at fleshing out the character in a grander sense while other introductions, particularly those who are featured from the very beginning of the narrative, tend to assume that you’re very well aware of who they are and what they do, before the Midnight Suns are even introduced. It’s also worth noting here that Marvel’s Midnight Suns looks great; from interesting character designs to a visually diverse colour palate when it comes to surrounding environments and combat arenas, it simply adds a layer of both flare and style that largely comes from each characters identifiable, yet unique look.

Beyond the narrative, Marvel’s Midnight Suns manages to hold together a lengthy 60 or so hour narrative with a card-based battle system that presents a huge chunk of variety and depth with consistency and confidence. Heading into battle with a combination of three characters, you’ll take on waves of enemies through card-based attacks. With each turn, you’ll get the chance to play up to three cards that correspond with a character’s move or ability, to be used on certain enemies in the arena. Take note though, you’ll only be able to use three cards per turn, so you’ll usually need to choose these moves and cards carefully, as their effectiveness can be determined in the order chosen and on characters used. While your hand is randomly dealt, you do have the opportunity to redraw once per turn, should you feel a little ill-equipped with the current cards on offer.

You’ll also be able to move your heroes about the arena, positioning them in certain places where their moves may prove to be a little more effective. For example, while all heroes are fleshed out with a range of basic attacks and extended abilities based on either magic or technology, certain moves will include a damage radius, effecting nearby and surrounding enemies, which may be positioned behind or beside your targeted enemy. By adjusting your position, you are then able to damage multiple enemies at once. Combat animations are also fresh and sleek, each of which feel constantly exciting and help with the general pacing of your encounters. 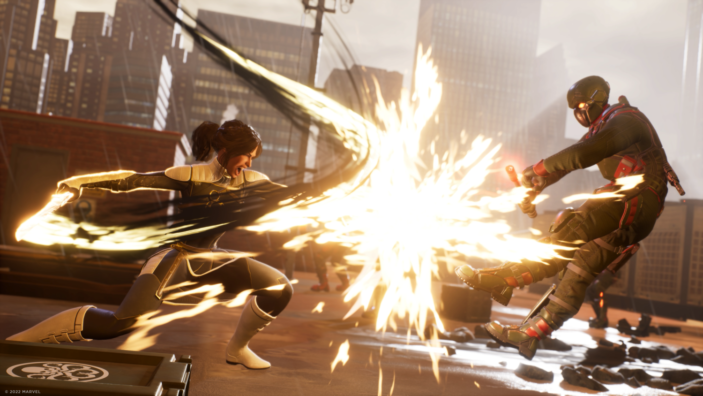 Certain heroes and moves will prove more useful in certain situations and against certain enemies, but no hero ever feels useless. You’re encouraged to plan ahead, but always able to adjust on the fly, should things not go your way, making time spent with your favourite heroes feel that much more satisfying. Battles also naturally develop, as you unlock additional cards for each heroes deck and upgrade them accordion for added effectiveness in combat. The upgrade system can feel a little confusing at times as certain currencies and tasks will unlock certain upgrades and cards, but it all tends to fall into pace after a few hours.

I Need a Favour 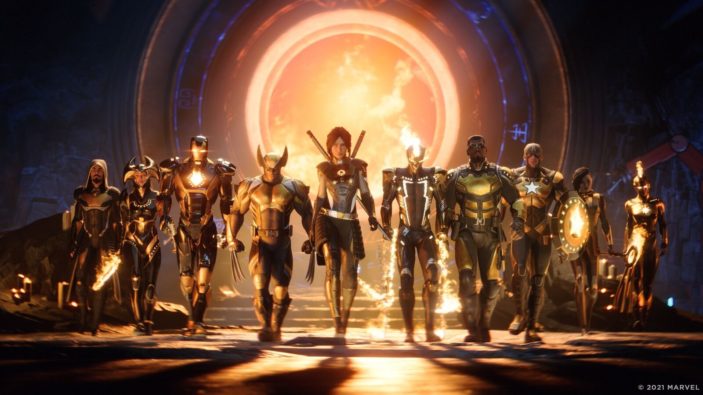 You’ll also be able to stroll about the grounds of the Abbey, the Midnight Suns’ home base, where Agatha Harkness sends you on rather basic fetch quests, which do aim to strengthen the basis of Lilith’s intentions. Unfortunately, wandering about these environments feels empty and bland. Using a select assortment of speels, you’ll unlock doors, clear obstructions and find collectibles, but there’s nothing else that really stand in your way. It’s not all bad however, as many of your discoveries here will contribute to unlocking cosmetic items for your teammates. While you’ll need to use the in-game currency, Gloss, to ultimately unlock them, you’ll need to find them out in there in the surrounding areas first, adding a layer of motivation to the overall experience.

Thanks to an engaging narrative and deep, nuanced combat system, Marvel’s Midnight Suns is definitely worth your time. Both newcomers and fan favourites alike share the spotlight, each with their own introductions and moments to shine, while the core relationship between Lilith and The Hunter drives much of the story. While it can feel a little long at times, combat is so consistently rewarding that all else can be forgiven as it rarely overrides the effectiveness of each encounter.  Marvel’s Midnight Suns is indeed a nice surprise and a worthy entry to the Marvel gaming landscape for both fans of the characters and genre alike.