Games Review: Rainswept is a melancholy exploration of the meaning of life

Relationships are messy and fragile, and harsh words have consequences. Rainswept dives into this fragility wholeheartedly, and presents a grounded, if occasionally heavy-handed, tale about life, loss and the complications of love.

Rainswept follows Detective Michael Stone as he investigates the seeming murder-suicide of a couple Chris and Diane. Their struggles mirror his own as the case unfolds, revealing mysteries about his past and the ghost haunting him. As a need to solve the case turns into a worrying obsession, Stone’s sanity begins to crumble, and it’s this madness that drives the action of the game. 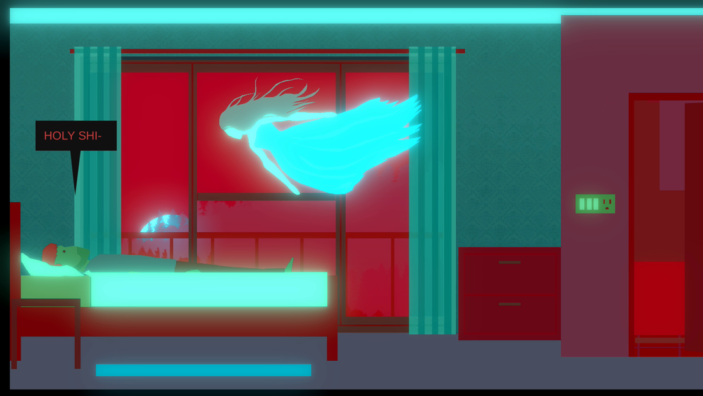 The game plays out as a point and click adventure, with the story unfolding gradually as you travel through the town of Pineview, investigating the private little lives of its occupants. The mechanics are fairly simple, featuring the occasional logic puzzle and some elements of exploration, but the clear focus here is on the drama of the story.

The first thing that I noticed was the power of the soundtrack. The eerie soundscape and emotional score created an atmosphere that hooked me from the start. It’s soaring and operatic when it needs to be, and gentle when the mood wanes. Techno beats mix with organs and drum beats as the mood changes, aiding the tension well.

The town is populated by interesting and flawed characters, and its exploration of life, death and all the experiences in between is intriguing. While there are occasions where the writing feels ham-fisted (there’s one particular reveal in Chris and Diane’s story that didn’t feel well-handled), for the most part, the tale is beautiful and affecting. 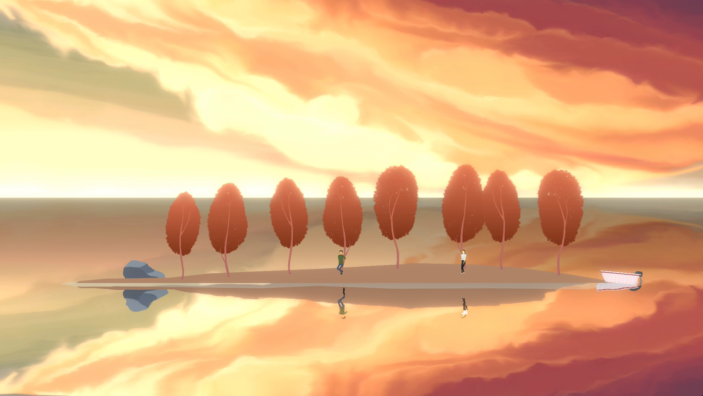 Important to note is that Rainswept begins with a content warning, and those affected by issues of suicide and domestic violence should be cautious when exploring the world of Pineview.

The look and feel of Rainswept is one of whimsy, with the art style simplistic and often rudimentary. The characters move in a jaunty, awkward way and the game features some horrifying, uncanny valley eyes – but rather than detract from the game, it only adds to the sense of unease and awe. After all, in this town – nothing is as it seems.

The influence of small town murder mysteries like Twin Peaks is clear throughout the game, but it carves its own sense of style and storytelling, never straying far into copycat territory. Despite occasional dips into cliché, the story (which takes place over the course of 4-5 hours) remains interesting throughout, with the final reveal being built up well over the course of the game.

What struck me most about Rainswept was its ability to find the beauty in its world despite the game’s technical limitation. As Diane and Chris’ story unfolds, there are quiet, stunning moments that unfold between the pair, from a trip to a glowing lake to an awkward conversation out the back of a house party and later, a fireworks show. 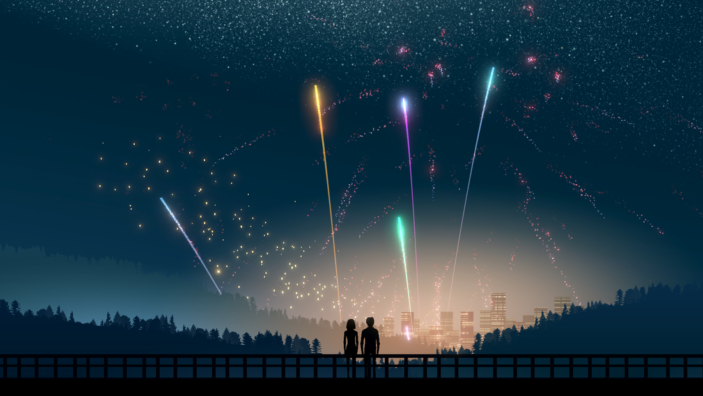 Rainswept isn’t afraid to explore hard questions about the meaning of life, and does so in a way that resonates. Diane and Chris’ story has just as much of an effect on the world of Pineview than it did on me, and it’s a story I ended up thinking about long after I’d finished the game.

While the occasionally jerky and simplistic art style might be a barrier for some, the storytelling more than makes up for it, presenting a heavy yet uplifting tale about all the precious moments in life, and why it’s important to stop and smell the roses.

Reviewed on Windows PC with a retail code provided by the publisher.