FIFA 22 Review: Once more with feeling

FIFA 22 takes the term “next-generation” pretty seriously. And it should.

With every new console generation, the FIFA franchise takes major steps forward. New hardware presents an opportunity to reinvent FIFA‘s visuals, mechanics and add a range of new game modes. However, I wouldn’t blame fans for feeling disillusioned with the series in recent years. Most of its iterations during the PS4/Xbox One era were fine, if lacklustre, entries in the long-running series. Small evolutionary changes gently tweaked gameplay but did little address larger community complaints.

This brings us to FIFA 22. This year’s entry represents an essential step forward for the franchise. It owes a great debt to EA’s new HyperMotion technology, the gateway to a much tighter gameplay experience. Even if it’s clear the franchise has no truly revolutionary ideas up its sleeve, FIFA 22 is very frequently a joy to play, and that counts for a lot.

As the majority of your time spent in FIFA 22 involves kicking a ball around, you’ll be glad to know that this year’s entry is the best the franchise has felt in years, in terms of gameplay. Thanks to HyperMotion technology, FIFA 22 adds over 4,000 new animations. This allows movement and game flow on the pitch to feel smoother and more organic than ever before. HyperMotion speaks to the state of prior FIFA games, because the effect it has on the overall gameplay here is immense. What would feel like a fairly standard upgrade in any other sports sim feels like a giant leap in FIFA 22. From attackers to keepers, every position has a specific reaction that mimics real player tendencies with incredible detail.

This fabulous new tech comes at a price: the HyperMotion tech is exclusive to current-gen versions of the game. While a bummer for those still playing on previous-gen hardware, it is necessarily paving the franchise’s path forward. Helping this along, FIFA 22 also looks incredibly polished. Impressive lighting effects and intuitive DualSense integration on the PlayStation 5 work in harmony to create one of the best football sims EA has ever produced.

Settling into a rhythm

For some players, the drop in overall game pace compared to previous titles was too much to bear. If you were hoping for the return of fast, frenetic football, we regret to inform you that FIFA 22 is unfortunately no different. For some of you, that’s all you’re going to need to hear before you check out, and that’s fine. I admittedly appreciate this slower-paced approach, because it makes moment to moment encounters feel more nuanced and deliberate. It takes a second to touch and control the ball, and adjust player position and momentum. This blends elegantly into individual player roles and abilities.

Think about it. How many defensive players can stop a wide cross with their heel, flick it over their head, and take three oncoming players for the wide cross upfront? Damn few. A good sim should reflect that, and FIFA 22 does. HyperMotion technology builds upon this deliberate feeling of pace by applying animations to suit skillset.  Defensive players have more avenues to block and hinder opponents. Star offensive players are better equipped to slip through immense defensive pressure. It allows those players to be better at their roles. I can’t overstate how important this is.

Playing as Messi really put the spotlight on this system for me. I needed to create some space between me and my defender, so I flicked the ball outwards to the opposite boot. As I did so, the defender clocked this and dropped back, turning their shoulder inwards. The way Messi then created the space, with a slight push of the hands past the torso and a hop over the outstretched leg, was like nothing I had ever seen in a football sim before. An immense level of detail. 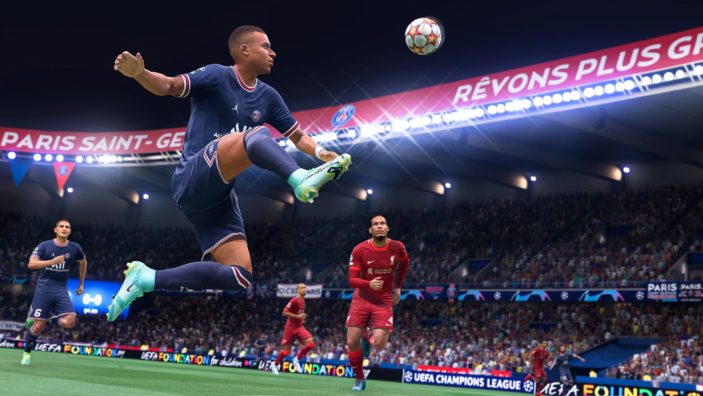 Goalkeepers have received the same level of attention. Combined with adjusted ball physics, each save now feels that much more satisfying and realistic. I hadn’t realised how dangerous a keeper on their mark could be. FIFA 22 has opened my eyes in this regard. Keepers now position themselves with greater awareness and forethought. No more cheap lobs on stray keepers wandering 20 metres from their line because the ball was out of their danger zone. Saves feel more grounded than ever before. A keeper’s touch now diverts the path of the ball, rather than spiking it into the air like a volleyballer.

Have It Your Way

FIFA 22 doesn’t necessarily reinvent the genre, it does bring a few new and nifty features to the table. Firstly, the Career Mode has been given an impressive facelift, complete with a range of customisation options, allowing you to not only create your own player, but build your own team and even construct your own stadium. Quite literally from the ground up, you’ll build this team by assigning kits, badges, crests and budgets all within a league of your choosing. Stadium creation also allows you to mix and match team colours and pitch designs. It’s incredible that this sort of depth and freedom took this long to enter the fray, but it’s a welcome addition nonetheless.

The charming days of character-driven narratives like ‘The Journey’ may be behind us, but the replay-ability and longevity of a refreshed Career Mode is incredibility important here, incorporating the scope of something like the MyGM mode seen in the NBA 2K franchise, and is one I hope sticks around for the long run. Your player is now subject to the same skill tree introduced in Volta, which adds an RPG-like element to the overall experience. Instead of the straight grind and upgrade routine, choices on how to improve and what to improve on, now feel incredibly important and weighty. Perks also add exclusive abilities to your player, which boost specific facets of your game.

While the system was carried over, Volta itself feels like a mixed bag. In many respects, it’s the same experience you knew and loved last year, with minimal improvements. A dedicated skill bar now encourages you to take stylish risks and execute tricks in order to fill it up, where you can then activate signature abilities which have drastic effects on the game. This feels a step closer to what the original FIFA Street series had introduced way back, but still clings to its realistic, on-field counterpart. The style, variety and life are all here, as they were last year, but it’s hard to note these minute changes as major steps forward for the mode itself. If you loved Volta last year, you’ll feel welcome and right at home. But if you didn’t, I don’t know if this is your year, although it’s definitely worth a try.

Beyond these modes, changes to remaining modes are minor. The addition of the Women Virtual Pros within the broader Pro Clubs mode is a nice addition, and along with the NBA 2K franchise for basketball, a fantastic step forward for equal representation in sports games. Now please, get that women’s Career Mode rolling. 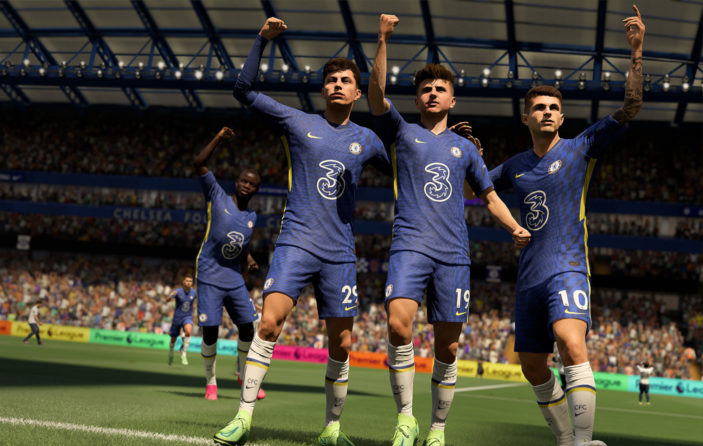 The obligatory note about FUT

Finally, Ultimate Team sees what can be considered arguably the smallest shift within the entire package; and understandably so. Ultimate Team has always been, and still is an incredibly engaging and deeply nuanced mode. But as with previous years, it all comes at a cost. It’s no secret that this is EA’s biggest moneymaker, but it’s worth noting for us players, that this mode remains a micro-transaction riddled pit at every turn. Once again, you’ll love it if you have before, but you probably won’t stay for long if you’re either tired of Ultimate Team, or uninterested in losing small but frequent amounts of money.

FIFA 22 is undeniably a step forward for the franchise, albeit a carefully considered one. Play on the pitch feels incredible, thanks to HyperMotion technology, creating one of the most smooth and organic football experiences I have played in some time. A revamped and deepened Career Mode add longevity to the single-player package, even if other modes remain largely unchanged. Ultimate Team will hurt the wallets of many, while Volta will provide some pockets of fun for returning fans. Overall, the FIFA series may be on the cusp of what feels like a larger reinvention for the franchise, but while we’re here, let’s all enjoy what is otherwise an incredibly solid footballing sim.