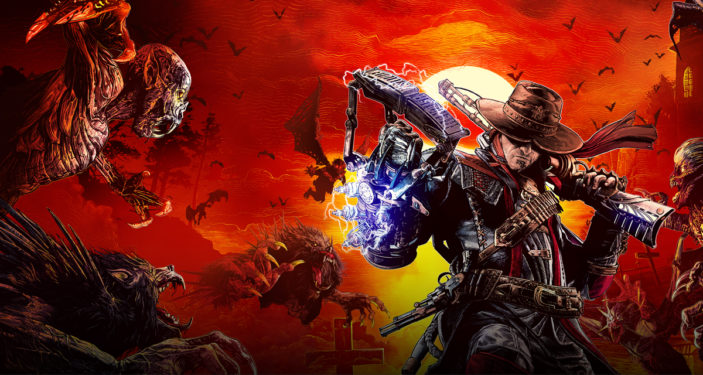 Vampires in the Wild West. We’re not sure it gets any better than that either. I would liken Evil West to the best parts of both old school horror films and exploitation films of the 70s and 80s. It’s stylish and gratuitous, all while taking itself way too seriously. Its general pacing and combat mechanics feel functional and confident, but I can’t help but feel it’s a game from out of time; a blast from the past if you will. While it provides an admirable narrative and some genuinely fun moments in combat, its linear nature and design hold it back from feeling fresh and new.

The Hunt is On

Set in an alternate version of the Wild West, players take control of Jesse Rentier, an agent of the secret Rentier Institute, an organisation dedicated to taking down a syndicate of supernatural creatures known as the Sanguisuge. The game begins with protagonist Jesse and retired agent Edgar on the trail of D’Abano a high ranking vampire. As they discover his whereabouts and ultimately claim his head, their return to the institute is met with a sigh of relief, but unfortunately all too soon. Their headquarters is attacked by D’Abano’s vengeful daughter, Felicity, who reclaims his head and swears vengeance on the Rentier Institute. From there, it’s an admittedly straightforward narrative as our protagonists attempt to recuperate, rebuild and take on the impending threat. While the simplistic story takes itself way too seriously, I can appreciate its simplicity, as it rarely gives the story a reason to pump the brakes. 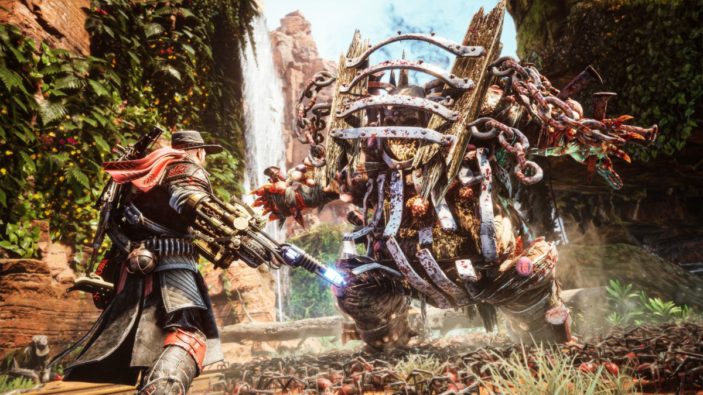 Unfortunately, Jesse is quite bland as a protagonist. As a cool, boot scootin’ vampire hunter, I would have liked a personality that was either more lively or intentionally comedic. While Jesse claps back with the odd joke or two, he feels more like an empty shell for players to inhabit. Supporting characters like retired agent Edgar carry most of the weight in terms of comedic value, but also do so infrequently.

In terms of gameplay, Evil West plays out like traditional third-person action title. Players have access to both melee and ranged attacks, and can mix those attacks on the fly to create devastating combos. Jesse will gain both weapons and abilities as you progress through the narrative, with most of the essentials available within the first couple of hours. General combat feels responsive and punchy, with various weapons being assigned to certain buttons for immediate effect. With a single dedicated shoulder button for melee attacks and another for your trusty revolver, you’ll be juggling vampires in no time. If you aim down the sights with the left shoulder button however, you’ll automatically equip your level action rifle for those pesky enemies that like to attack from afar. A double barrelled shotgun is also assigned to one of the face buttons, in which Jesse can unleash a wide ranged attack for crowd control.

You’ll also be able to find currency in the form of bucks to upgrade weapons and purchase new outfits, while XP gained within combat can be used to upgrade your skill tree with new abilities. Of course, it wouldn’t be the Old West without some new and exciting innovation around the corner. And with that, Jesse has been given a shiny new, electrically charged gauntlet to test run, allowing him to block, grapple and fling enemies while filling them with more volts than they can handle and leaving them open to a flurry of attacks. 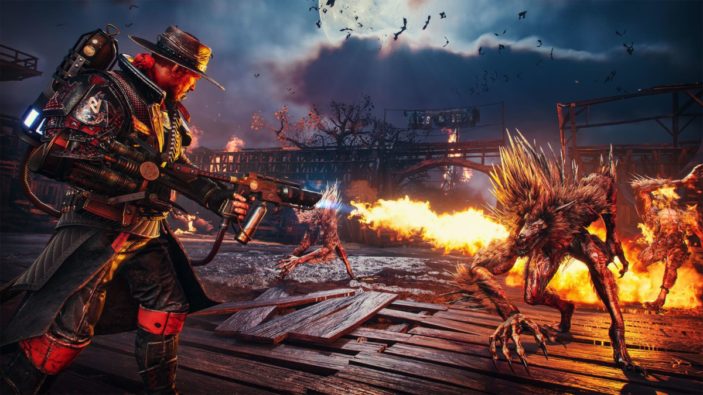 The ability to mix these at any given time does keep things feeling satisfying for the most part, but it’s Evil West’s linear design that holds it back. You’ll come across some stunning vistas and the occasional optional route for added exploration, but it seems as though you’re spending significant portions of the 10-15 hour story simply heading from one enclosed arena of enemies to another. Evil West tries its hardest to disperse enemy types and new weapons evenly through the narrative, but ultimately overstays its welcome, particularly in the last quarter of the story.

By the time the last couple of hours are underway, you’ve upgraded almost all of your weapons and abilities and tried everything else in the book. This simply because Evil West isn’t trying to take you off the beaten path. While it’s story rarely slows to a crawl, it’s only disappointing because it feels as though there’s so much more this world can deliver in terms of creative liberty. Cooperative play does feature here, in which a second player can jump on board online to enjoy the entire campaign. It doesn’t necessarily change the experience in any meaningful way, but does provide an extra layer of fun as you slay with a friend. I do however, wish the second player wasn’t an identical copy of Jesse, but a separate character like Edgar, who’s along for most of the ride anyway.

Next gen versions of Evil West include both quality and performance options, running in either 2160p at 30fps, or 1080 at 60fps. While I believe the performance option is the way to go, Evil West runs just fine in both modes. The game does experience minor frame drops at times, but is in no way constant enough to pull you out of the experience, particularly during frantic moments in combat. It also looks great at times, providing some impressive views and vistas to gawk at, and some detailed textures and lighting effects to boot. The vibrant colour palette on display here also feels super saturated and equally fitting for a game with such a unique setting and premise. 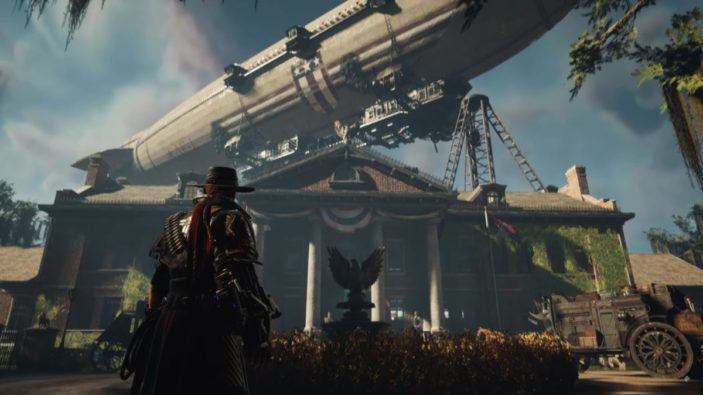 Evil West is consistently functional and downright fun at times, thanks to it’s frenetic combat. It’s upgrade systems and versatile controls keep things lively for most of the experience, even if the linear design and respective mission structure ultimately rear their ugly head, particularity towards the end. As a result, Evil West feels a little dated, which is a shame considering the unique premise and alternate setting. That being said, the 10-15 hour story does its best to keep things light and speedy, providing a pace that rarely feels bogged down or bloated with anything unnecessary. For the majority of those looking for a new third-person action adventure, Evil West is indeed worth a try. Carry on, cowboy.