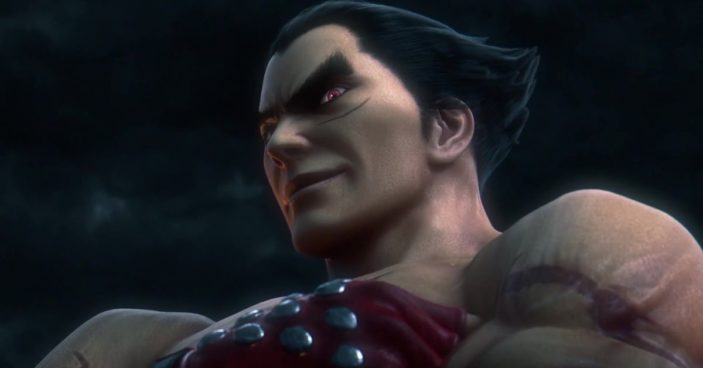 The first announcement off the rank at this morning’s Nintendo E3 Direct was that Tekken mainstay Kazuya is coming to Super Smash Bros Ultimate.

Kazuya himself comes loaded with all his most famous moves, along with his demon form. The trailer depicts Kazuya throwing defeated Smash Bros fighters over a cliff. This is a trademark move he learned from his father, Heihachi. He would go on to practise the same move on his own son, Jin. Kirby is the only fighter in the trailer that is immune to Kazuya’s rock-em-drop-em strategy. Kirby confirmed more powerful than the entire Mishima family.

Kazuya does not yet have a release date, though series lead Masuhiro Sakurai promises a future community live stream will have more info. Kazuya’s inclusion in Smash Bros Ultimate will be a relief for many fans. He’s an actual fighter, not a blue-haired anime sword-wielder. Smash Bros Ultimate has no shortage of anime sword boys and fans have grown rather sick of it.

You can read our full review of Super Smash Bros Ultimate right here.