Death’s Door Review: A Door Worth Knockin’ On

Gaming has always been the past time for a bit of escapism. Now more than ever, the sheer variety of games has allowed us to be whisked away to worlds we would never have even imagined. For one, you can now self-insert as a cute little crow working for the Reaping Commission Headquarters as a bona fide soul reaper. That’s the premise of Death’s Door, developer Acid Nerve’s latest action-adventure game. Death’s Door has been out for a while now on PC and Xbox, but the recent release on Switch and Playstation 4 and 5 has opened (ahem) doors to a larger array of players.

All In a Day’s Work

As said crow, you’ll spend your time exploring the real world, battling monsters and collecting souls, all part of your 9 to 5 job. You do this with a glowing sword that resembles a lightsaber and another equally glowing bow and arrow although more weapons and projectiles become available as the game progresses. Early into the story, one of your reaping missions goes awry and you become involved in a conspiracy against the founder of the establishment you work for. I certainly wasn’t expecting the plot of a Bourne film from this adorable game, but there is depth behind this deceptively cute game. 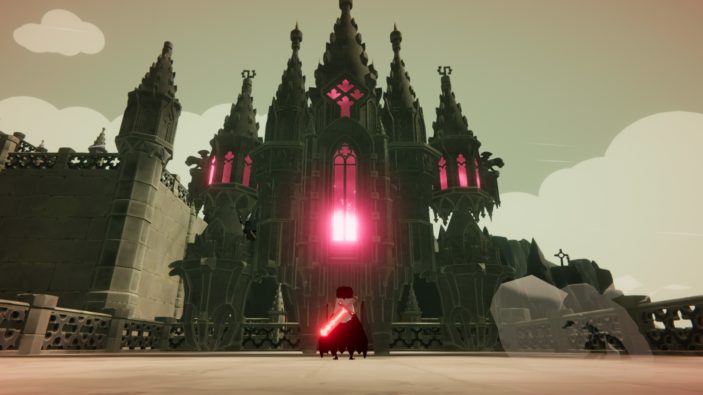 A Dungeon-Crawling We Will Go

Gameplay-wise, the controls are easy enough to pick up, even with just a bit of DIY testing at the start of the game. Simple tutorials are also there to guide you and are woven into the game so as not to detract from the story. This allows you to try as you go, to familiarise yourself with the controls and some of the combinations you can do if timed right. I found the camera on the right joystick a little stiff, but it might just be a case of not being used to it initially.

Everything in Death’s Door feels intuitive. Exploration was mostly linear due to its dungeon-crawling nature although there were a few pathways at points to switch things up and help you feel like you discovered something all on your own. Boss fights might take a few tries to get the rhythm and pattern but you’ll soon be rewarded with the win. With the first flower boss, it was apparent during one of its phases that you had to smack at its legs for it to drop back down to the ground. The only tricky part is having a sense of progression with bosses as there’s no health bar. Some other players have mentioned that the boss’ facade and lights change as they approach low health but it wasn’t something that I noticed while playing. 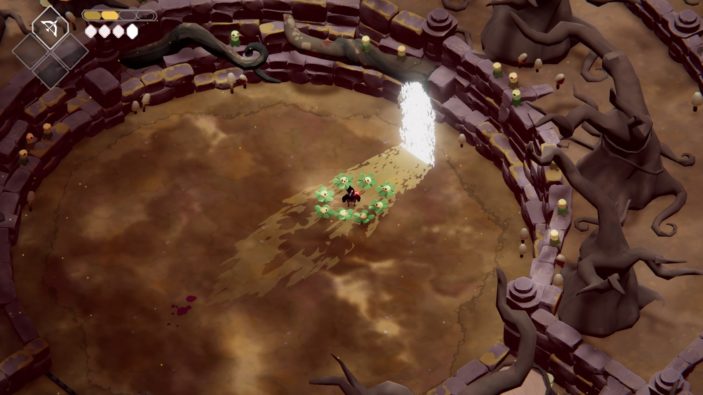 We’re not in the business of looks, but it’s hard to not notice the beautiful design of this game. It has been said that Acid Nerve has taken inspiration from several games and most notably from the Japanese animation studio, Studio Ghibli. This they wear on their sleeve in the character design, right down to the little green things that follow you. Don’t they look a lot like the Kodama from Ghibli’s Princess Mononoke? Colours are also used to indicate space, where the underworld is monochrome while the mortal world is dressed in muted colours. This creepy but cute aesthetic is reminiscent of Tim Burton’s 90’s and 00’s animation such as Corpse Bride and Nightmare Before Christmas. 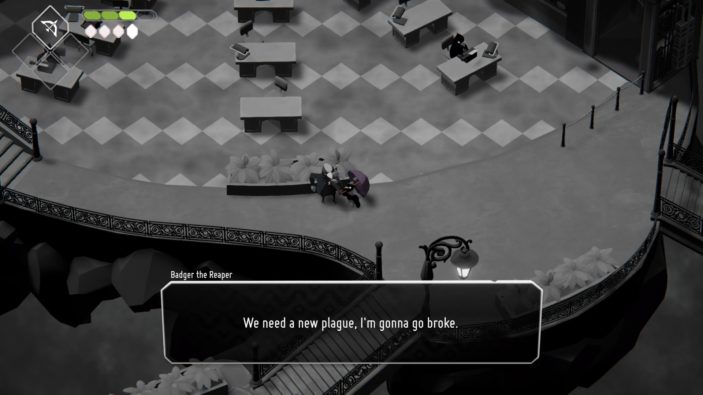 There are a few more noteworthy things to mention. The game has accessibility features that allow you to control elements like how much the screen shakes as well as the intensity of flashes. It’s a nice step in the right direction that games are starting to adopt but it might not be a step big enough for those with motor disabilities. The dialogue is peppered with cynical humour that shows Death’s Door isn’t a game that takes itself too seriously. With a particular nod to today’s day and age, I found some of the jokes were rather tastefully done. The music deserves its own personal shoutout, having just the right blend of sombre, melancholy and a smattering of excitement during key fights. 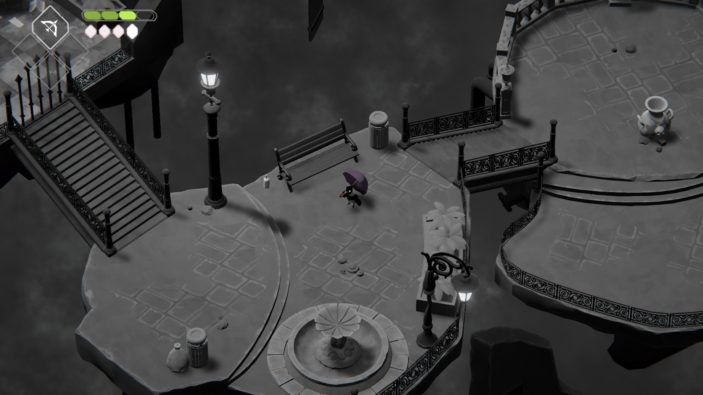 There’s a sense of Deja Vu when playing Death’s Door, but this is because, for lack of a creative new game mechanic, it is a lot like many within its genre. But while the game doesn’t bring anything new to the table, for once this isn’t an insult. It’s a study on classic game mechanics dressed in a refreshing new aesthetic with a simple story that has just enough quirk to keep you interested. All of these elements are then tied together with a soothing soundtrack that makes for the perfect lazy Sunday hangover gaming session. I am not at all speaking from personal experience.

Review conducted on PlayStation 4 with a pre-release retail code provided by the publisher.