Leave it to Hideo Kojima to release Death Stranding Director’s Cut, the expanded version of a game over which he had complete creative control.

It’s no secret that Death Stranding landed amid huge anticipation and excitement. It was then met with either an overwhelming sense of confusion and, in some circles, accusations of pretentiousness, or raw delight and respect for what Kojima was trying to do. “Just who does Hideo Kojima think he is?” cried the haters. “He casts us in the shoes of Sam Porter Bridges (The Walking Dead‘s Norman Reedus) only to have us deliver packages across the US?” As discussed in David’s 2019 Death Stranding Review, we know who Kojima is. Kojima is a law unto himself.

With hindsight and considering the ways the world has changed since its release, your feelings on Death Stranding may be different now. Kojima’s vision of a disconnected world and a need for understanding feels even more prescient now than it did at launch. He is to be congratulated for sculpting a gorgeous, nuanced and detailed genre-melding experience that has stood the test of time. If anyone on this Earth has free reign over their own creation, it’s Hideo Kojima. This is why a Director’s Cut of Death Stranding feels odd to me. But I digress.

Thankfully, the main experience is as stable and memorable as you may have found it, with numerous additions seemingly easing new players into its slow draw, and helping some retrying fans cruise through with a little added smoothness. This revamped bundle feels meaningful and well implemented, even if seems to directly contradict Death Stranding’s original intention. I thoroughly enjoyed the original experience, but most of the gameplay, albeit a slow burn, felt intentional and deliberate. Each delivery might have increased the repetitive nature of a subjectively mundane gameplay loop which encouraged a sense of motivation and determination, pitting you in difficult and treacherous situations, which made each delivery and encounter feel earned and memorable in our own unique ways. Talking to my friends about Death Stranding took us down a path of incredibly vast and diverse stories, even if the gameplay never really allowed for such ventures. 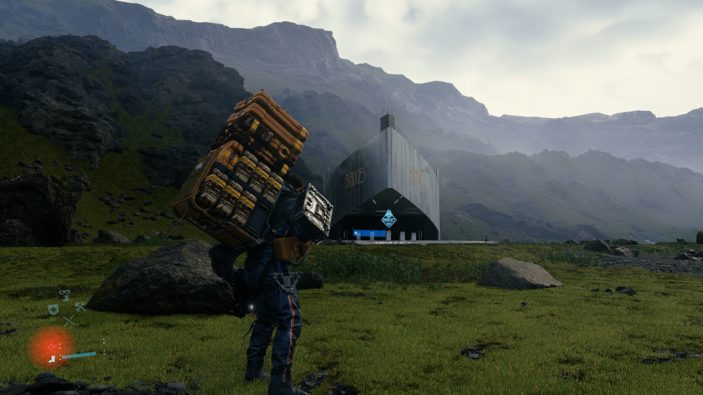 Playing Death Stranding: Director’s Cut left me utilising these new features for easier deliveries and deeper combat, but the changes don’t feel incredibly necessary, or dependant on a next generation console. Going against the spirit of the original release isn’t necessarily a bad thing, but I feel a little blindsided, like I was punished for being an early adopter. Should you wish to play this game as it was released, the opportunity is there, as these new additions are admittedly non invasive. This is in many ways the same great game released in 2019, filled with incredible visuals, a though provoking story and gorgeous landscapes. Visually, Death Stranding: Director’s Cut presents one of the best looking games on the console to date, filled with stellar detail and polish, from the way sunlight shines through the clouds and kisses the post apocalyptic American landscape, to the thorough textures and impressive draw distances. Stopping on the top of a large hill or mountain is a must, as the journey deserves a few moments to soak in all the environment has to offer. While the story is practically as you either found it or left it, an additional factory section presents players with some new areas to stealth about in, all while providing a little more context to Sam’s past.

Death Stranding is all about connecting the divided states of post- apocalyptic U.S. In terms of traversal tweaks and upgrades, players can now utilise the Buddy Bot in new and helpful ways. This sleek and agile assistant can follow you on a delivery, lightening the load for you, or even going as far as to carry your entire delivery, leaving you free and nimble. If you’re tired of the various small trips, you can send it solo, while you take on other deliveries or simply explore the landscape. But if you’re feeling especially lazy, the Buddy Bot can even carry you, which is admittedly hilarious, as a hard-nosed no nonsense Norman Reedus spews out compliments, while sitting pretty. The new cargo catapult is exactly how it sounds. There’s a limit to how far you can launch your deliveries, but this doesn’t necessarily change gameplay. 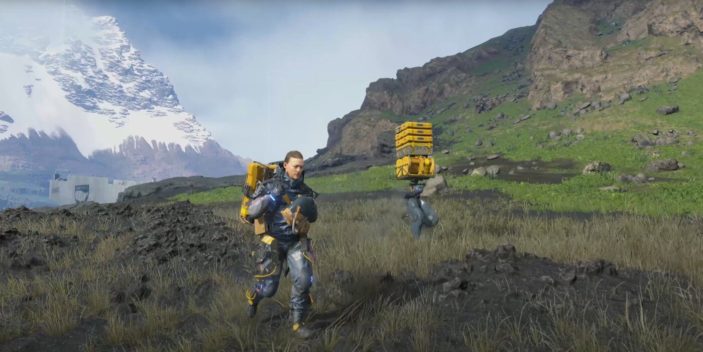 The firing range feels like an essential and important addition. Allowing players to experiment with combat on separate terms is a great help, particularly due to the fact that Death Stranding takes its time in incrementally introducing you to its various weapons and combat mechanics. Too often was I blindsided by numerous foes, as I fumbled about, attempting to use a weapon for the first time, all while while to protect my precious cargo. While I wouldn’t go as far to label Death Stranding an action extravaganza of sorts, it’s nice to see this action take place in an environment that is free of the tension-filled multitasking that comes with combat in the main campaign. The firing range allows you to complete in time trials, as you eliminate foes in certain ways. These ranges also highlight the surprising competence of combat mechanics, with added Dual Sense support allowing you to feel each shot, and the diverse effects of each weapon. 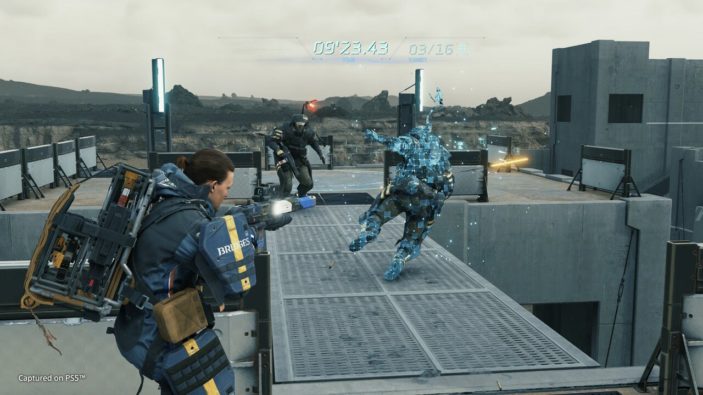 If you’re planning on diving into Death Stranding for the first time due to the addition of the racetrack; don’t. Put simply, the inclusion of only two circuits to race about in is disappointing enough, but the fact that you are only able to race about in solo time trials breaks my heart. This seemed like a great opportunity to incorporate a more direct sense of multiplayer and variety. While vehicle selection is limited to just three vehicles, a roadster, truck and road bike, I never really valued Death Stranding for it’s vehicle variety or handling. Traversing the rocky landscape with any vehicle is a chore, as you clip, shake and flail about. The track is unfortunately no different. While controls and mechanics are functional at best, there are simply too many instances that slow you down, the most annoying being track barriers, which almost instantly bring your vehicle to a grinding halt. The ability to use the roadster out on the open road for deliveries is a nice touch, but if you’re not using it on created roads and empty paths, don’t even bother. 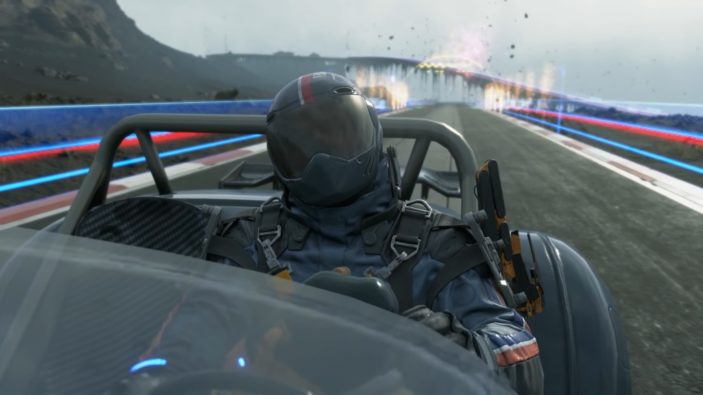 Overall, 2019’s Death Stranding is one of the most intriguing, deep and nuanced gameplay experiences I’ve had in quite some time. While it’s not for everyone, that same game has returned in Death Stranding: Director’s Cut, albeit as a much better looking version. Polish aside, the additional features leave me scratching my head. While functional and useful, the added Buddy Bot and Catapult seem to directly contradict the slow and deliberate pace of the original. The firing range adds depth and scope to combat, but the racing track leaves much to be desired. It’s admittedly hard to pinpoint just how pleased newcomers will be with this package, but fans can definitely return for a slightly smoother journey. Whether launching your packages by air, or running them across the desolate landscape, there’s still work to be done Bridges. Let’s get out there.

Four Hideo Kojimas (Out of Five)

Review conducted on PlayStation 5 using a retail code provided by the publisher.