Call of Duty: Vanguard’s return to a World War II setting is not without its merit. Since Call of Duty: WWII, the franchise had cycled back around to a Modern Warfare revival and two Black Ops titles. But was this era worth revisiting? In many respects, yes; and no. Call of Duty: Vanguard plays its cards safe and close to the chest – a culmination of valiant war stories, complemented by a solid multiplayer and a Zombies mode that takes the action back to its roots. But in its hesitancy, the package rarely ventures beyond anything we’ve seen before.

Much like Battlefield 1’s Vignette-based campaign, Call of Duty: Vanguard follows the origins of four separate soldiers. These larger than life characters begin their campaign on a quest to uncover an incredible Nazi secret in the events that transpired after the death of Adolf Hitler. Unfortunately, the team is immediately captured and interrogated by one Jannick Richter, portrayed by actor Dominic Monoghan. What follows is an assortment of origin stories as we play through each member of the team’s finest hours.

The four protagonists on offer here are nothing I would consider iconic, but admirable. Arthur’s stern leadership, Lucas’ Aussie humour, Polina’s calmness and Wade’s sly wit all mix well. Their introductions waste no time in establishing their specific traits but given the campaign’s lean 6 hour run time, none of these ever personalities ever wear thin. Set pieces are fast and frequent, giving players a chance to in various historic battles and across unique environments, be it the sweeping deserts of South Africa or the lush jungles of Japan. While some missions stand out more than others, including Polina’s narrow escape from Stalingrad and the final mission which sees our ragtag group of heroes come together, the pacing is key and delivered at an incredible clip. 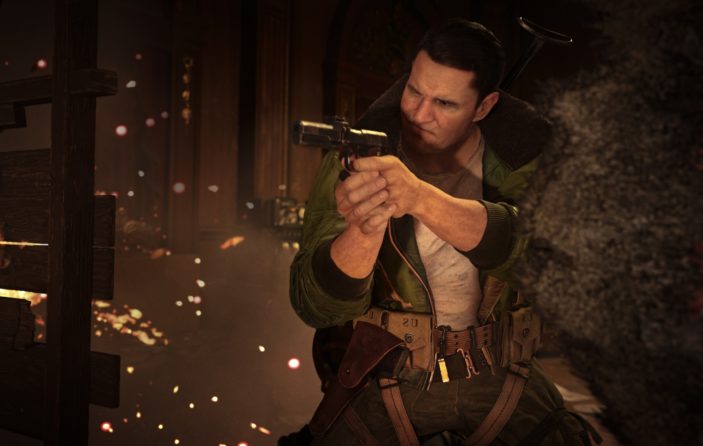 Interestingly enough, Call of Duty Vanguard’s campaign stands out with its cutscenes. As our protagonists spend most of their time in a prison cell reminiscing the days of old, the dialogue is fun, witty and at times, adds an emotional layer of depth to the story. Unfortunately, as most of the missions are straightforward in terms of gameplay, the frenetic pace rarely allows these personalities to shine through. Call of Duty Vanguard’s campaign is nothing new, nor spectacular, but it doesn’t necessarily need to be. While I wasn’t expecting a reinvention of the franchise this year around, I was expecting my experience to be fast-paced, fun and chaotic; and that’s exactly what I got.

Call of Duty Vanguard’s multiplayer offering is a mixed bag. The core multiplayer experience is absolutely stock standard and business as usual. Thankfully, Vanguard’s whopping selection of 20 maps – 16 across core multiplayer and four across Champion Hill, is its saving grace. With returning fan favourites like Dome and some newer instant classics like the Hotel Royal, there’s something here for everyone. From close-quarter corridors to wide open paddocks, you’ll be able to utilise a large assortment of weapons and play styles.

However, with only 6 modes on offer, the likes of which we have seen and played before, the grand sense of variety takes a slight dip. With only Team Deathmatch, Domination, Kill Confirmed, Hardpoint, Patrol (Hardpoint on the move) and Search and Destroy, it’s a wonder why they didn’t include some fan favourite modes like Infected. If you spend hundreds of hours over the course of the year playing the new Call of Duty, these modes will wear thin long before the next year is up.

Pacing also alters the pace of each map and the frequency of action. In this respect, our Multiplayer Beta Impressions still apply:

Three tiers of Pacing incrementally increase the chaos. ‘Tactical’ Pacing sees teams compete in groups of 6, while ‘Assault’ Pacing allows for teams of 8, and finally ‘Blitz’ for teams of 10. Some of the smaller maps like Hotel Royal, which I loved, don’t necessarily benefit from the Blitz Pacing, as some of the spawn locations feel a little wonky and unevenly placed. Too often I found myself spawning directly in front of enemies, as the spread of such large teams within smaller maps rarely allow for a sense of safety in those crucial moments. 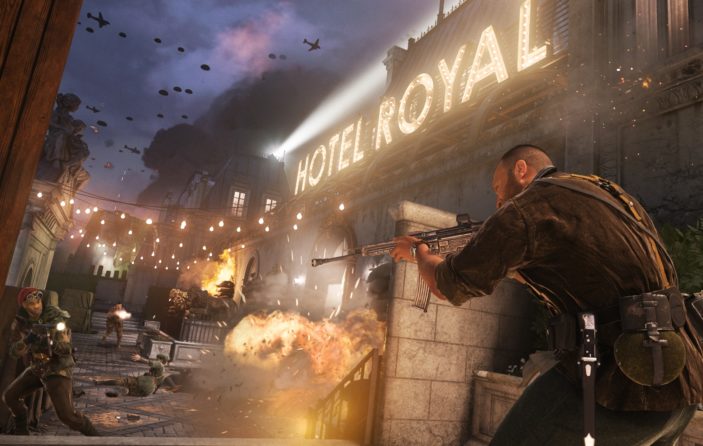 Champion Hill is indeed both the newest and most exhilarating experience within Vanguard’s multiplayer package. Once again, our Champion Hill Alpha Impressions also still ring true:

“The premise of Champion Hill is simple; 8 teams must compete in small, one-minute battles across four maps, aptly named the Airstrip, Trainyard, Market and Courtyard which are spread about the training grounds. These four maps sit around a central arena, where each match begins. You have a minute in this central arena, where each team gets the chance to purchase equipment before heading into a map against a randomly assigned opposing team. Be it duos or trios, your team will get 12 or 18 lives respectively, as you compete in head to head matches. Lose all your lives and your team is eliminated. This process repeats until there’s a single team standing; hence the term Champion Hill.”

The fact that Champion Hill offers such fast-paced and bite-sized action brings with it all the satisfaction of general multiplayer paired with all the tension of Warzone. It’s a mode that demands the most out of your abilities but the one that encourages the most creativity and daring. You’ll need to think fast and act faster, given the smaller size of each of the mode’s four maps.

Overall, while functional, the core multiplayer package stands as a disappointingly safe and familiar experience. Champion Hill pushes the franchise forward in new and inventive ways as a culmination of all past and present modes and experiences that Call of Duty has dished out over the past few years. But thanks to the tried and true IW gameplay engine featured in 2019’s Modern Warfare, it’s still incredibly satisfying to play. Time to kill is quicker, weapons feel weightier and movement feels lighter. If you enjoyed Modern Warfare as much as I did, you’re probably still playing it. But if you ever need to step away (or back in time), you’ll find some fun in Vanguard’s multiplayer.

Call of Duty: Vanguard’s Zombies mode is unfortunately also a mixed bag. But on this front, it’s a smorgasbord of new and innovative ideas, marred by an astonishing lack of depth. The basics are still in place, as you and an additional three players fend off waves of the undead. What feels like more of a roguelike experience sees players gearing up within a central hub area, before heading out through one of four portals to complete a number of objectives. These objectives include ‘Harvest’, where you’ll have to collect Runes and deposit them for upgrades, ‘Transmit’, where you’ll guide a glowing orb through an environment and ‘Blitz’, where you’ll have to survive a specific window of time against hordes of the undead. 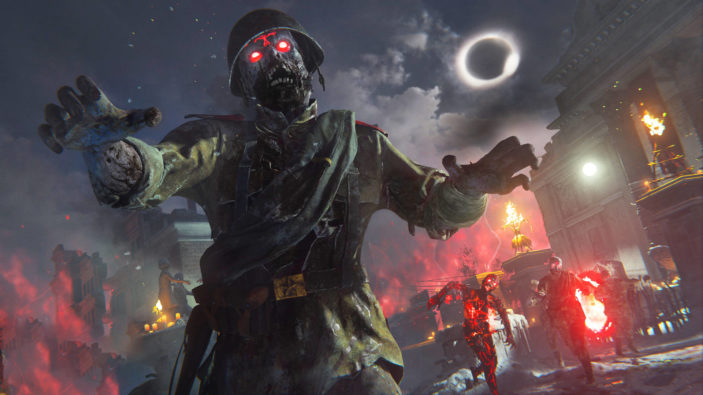 Pair this up with the ability to upgrade weapons, collect perks and expand your central hub, and it’s clear that Vanguard’s Zombies is playing it safe, relying on an amalgamation of successful ideas implemented in previous Zombie experiences. However, at the time of review, this year’s Zombies offering only provides players with a single map to survive in, Der Anfang. Vanguard promises more Zombies content in just a month, but it’s simply disappointing to see such a shallow offering at launch. Map choice, variety and complexity has always been an integral part of the Zombies package and it’s severely lacking here. You’ll find some fun with Der Anfang’s environments across multiple objectives for the time being; just don’t expect the fun to last that long.

Call of Duty: Vanguard feels great in the hands, thanks to the return of the IW engine, but decides to play it safe on all remaining fronts. An admirable and well-paced campaign is over way too soon, while shallow multiplayer and Zombies modes leave the action with many opportunities still on the table. The map variety and Champion Hill carry the load, but stumble when it comes to a lack of modes, paired with a single map for a Zombies community that I’m sure is already begging for more. Make no mistake, Call of Duty: Vanguard is good; but at this stage, a few steps short of greatness.