It’s that military shooter end of the year again, and Call of Duty Vanguard is hot on the horizon. A franchise well known for its collection of action-packed World War 2 shooters has come full circle, as developer Sledgehammer Games have opted in to take Call of Duty: Vanguard back in time for an old school romp. The recent beta gave early adopters a wider window, with all fans able to jump on board over the course of this past weekend. My impressions are relatively positive; Call of Duty: Vanguard is in many ways a polished and satisfying shooter, even if it’s clear that the franchise is yet to be reinvented in any meaningful way.

Vanguard’s Multiplayer Beta gave fans a solid look at the experience, albeit from the surface. A spread of 4 maps caters for 5 modes, the likes of which have featured in almost every other Call of Duty that has come before. Aside from the Patrol mode, which is basically Hardpoint with a moving zone instead of one that jumps to various points within the map, Team Deathmatch, Kill Confirmed, Domination and Search and Destroy all prove to translate to Vanguard’s unique maps. The only real issue here is that without any new modes to speak of, Vanguard feels fresh, but not particularly new. 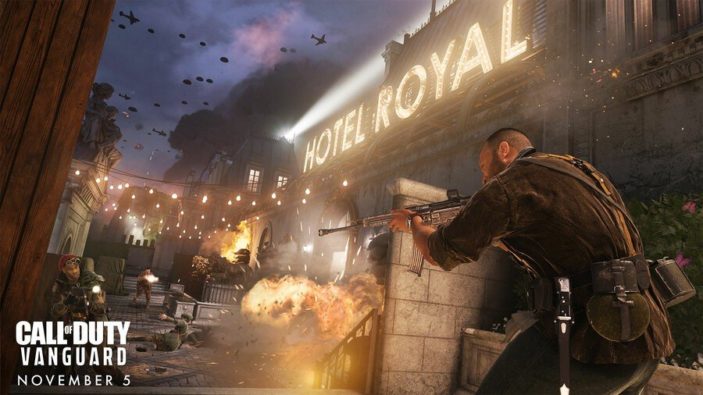 Thankfully, the decision to use the IW Engine, featured in 2019’s Modern Warfare, means the gameplay is as smooth and responsive as you remember it. I’m a huge fan of Modern Warfare, but moving onwards to Call of Duty Black Ops: Cold War, my return to a more tactical feeling experience is one that I welcome, complete with a quicker time to kill and a weightier sense of movement and weapon control. That being said, Vanguard is still incredibly fast-paced and provides all of the tense, chaotic moments fans have become accustomed to; although this remains to be seen in terms of how the entire package ties into its remaining modes and maps.

While the gunplay is solid, the overall feel of multiplayer has been given a slight facelift. Modes can now be selected with ‘Pacing’ in mind, which determines the number of players that face off in any given mode. Three tiers of Pacing incrementally increase the chaos. ‘Tactical’ Pacing sees teams compete in groups of 6, while ‘Assault’ Pacing allows for teams of 8, and finally ‘Blitz’ for teams of 10. Some of the smaller maps like Hotel Royal, which I loved, don’t necessarily benefit from the Blitz Pacing, as some of the spawn locations feel a little wonky and unevenly placed. Too often I found myself spawning directly in front of enemies, as the spread of such large teams within smaller maps rarely allow for a sense of safety in those crucial moments.

Vanguard’s arsenal of weaponry is as basic as you would expect, with fan favourites like the MP40, STG-44 and Thompson all ready and rearing from the get-go. You’ll find the Gunsmith customisation mechanics exactly as you left them in Modern Warfare. This isn’t necessarily a bad thing, but yet another reason to state how recycled some aspects feel. Fortunately, it’s not entirely recycled, with newly added ammo types directly affecting how your weapon performs in certain situations. Similar to the recurring FMJ ammunition, new ammo types include Lengthened rounds to increase bullet velocity, Subsonic rounds which keep you off the mini-map when firing, Frangible rounds which delay enemy healing and slow movement, Armour Piercing rounds which deal extra damage against killstreaks, Incendiary rounds which deal fire damage and Hollow Point rounds which deal extra damage to limbs. It’s worth mentioning all these rounds for the sake of variety, as these can affect the tides of a match when used in modes and maps. Just be ready for the Subsonic rounds in Search and Destroy. 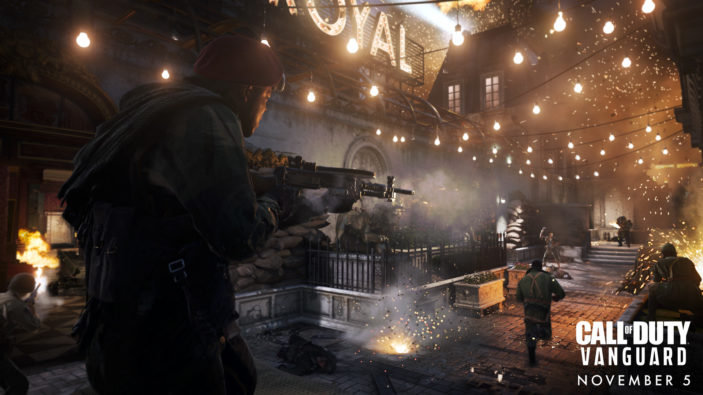 While this was covered in our Alpha Impressions, the brand-new Champions Hill still stands as Vanguard’s most intriguing and entertaining addition. On your own or in groups of two or three, a ladder of 8 teams must face off against each other, beginning with a certain number of lives. You begin in a central arena where players can purchase weapons, equipment and perks before being thrust into randomly assigned, one-minute death matches against an opposing team over 4 small yet dense maps, exclusive to the Champions Hill mode. Lose all of your lives, and you are eliminated. This mode ties together the small scale battles of Modern Warfare’s Gunfight mode with the Battle Royale nuances of Warzone. It’s something I enjoyed from day one of the Alpha, and look forward to as a highlight upon its full release.

Overall, the Call of Duty Vanguard Beta is an incredibly solid one, carrying over the addictive and refined gunplay of Modern Warfare, thanks to the use of the IW Engine. New weapon ammunition choice and Champions Hill mode have me excited for a deeper look at this upcoming World War 2 iteration.