My time with Bright Memory: Infinite has been interesting, to say the least. As I loaded up my assault rifle, picking off enemies in the distance, I quickly navigated my surroundings. I bounced off walls to get across precarious chasms. I hacked and slashed my way through obtrusive enemies. I participated in lighting fast quick time events as the cinematic scope of a cutscene took over. However, I couldn’t shake the feeling that I had seen it all before. But every time I felt this way, it dawned on me; this was all created by one person.

The Power of One

Yes, you heard that right. Bright Memory: Infinite was brought to life by a one-man development studio, FYQD- Studio, using the Unreal Engine. Set in the year 2036, we follow Shelia, a military operative, who is tasked by the Science Research Organization (SRO) to investigate a supernatural weather event causing waves of destruction across a futuristic interpretation of China. What follows is an admittedly linear story that carries a balanced sense of pace and mechanical variety, even if it feels like a tech demo at times. This variety carries most of the experience, as you’ll be shooting, slashing, running, sneaking and utilising your bionic arm as a grappling hook for platforming. It all sounds amazing when paired together, and for the most part, it is. 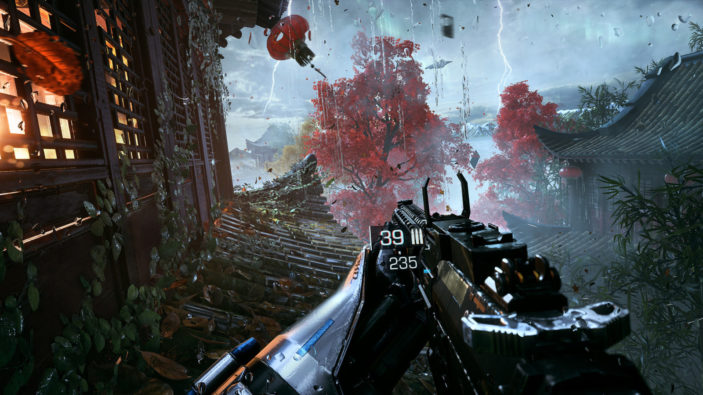 Gunplay feels tight and responsive. Swordplay, while confined to a single button, provides a neat addition to close-quarters combat, which could have easily been translated to the butt of your rifle. Along with your melee attacks, you’ll also get the chance to block and parry, leaving melee opponents vulnerable. Shelia can also use her bionic arm to fling about environments via a grappling hook or run across walls to reach a way forward. When it’s all working together, it never feels chaotic or confusing. You’ll also get the chance to upgrade these skills and abilities for a greater deal of damage and utility, even if this progression system feels a little shallow, with three upgrades per ability. The only issue with the action is that it’s subject to both linear environments and repetitive enemy encounters. Enemy soldiers all look and behave the same, and rarely pose much of a challenge, instead of standing about, hoping you’ll go down before you reach them.

Boss battles do play a significant part throughout the narrative, and while they stand out as a highlight in terms of variety and approach, they’re over all too soon. However, it is here that combat truly shines, as their outright difficulty encourages you to utilise all your combat skills together and in a particular order, should you wish to deal the most effective damage. But throughout each of Bright Memory: Infinite’s combat encounters, I noticed a lack of choice in terms of approach. As the narrative dictates when to charge in guns blazing and when to sneak about, it can divide the gameplay structure in jarring ways. Too often am I thrown into chaotic battles one minute, then stripped of my weapons and forced to sneak about the next, as being detected prompts me to try again. 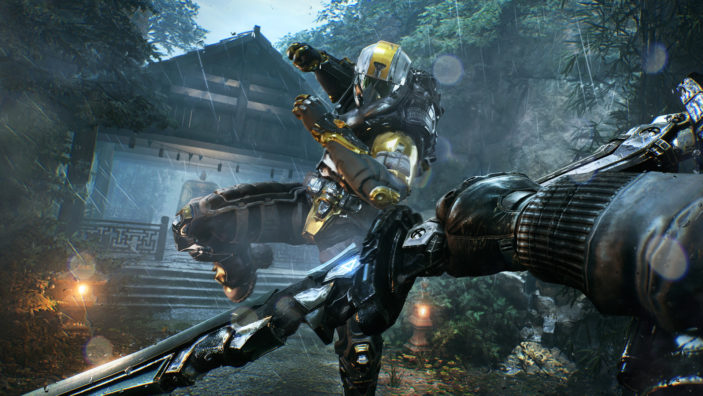 Visually, Bright Memory: Infinite is hard to fault. While I judge this fact based on the size of the development team (let’s remember, a grand total of one developer), it’s a collection of polished environments, smooth performance and minimal bugs.  While I encountered the occasional frame rate drop, my time spent playing on high settings with Ray Tracing enabled was nothing short of eyebrow-raising. Sure, Shelia’s character model is a little bland, but considering you’ll be taking this on in first-person, never game-breaking. But once again, this level of detail comes at a cost. Should the game have been larger in scope, we may have seen muddy textures and poor performance. In turn, we’re treated to something that feels like the corridor of a house rather than the house itself, linear in structure and execution. Top it off with some dodgy voice performances and the cracks start to show, particularly towards the end of the experience.

Overall, Bright Memory: Infinite proves itself worthy as a fast-paced, functional action experience that never demands too much of you in terms of both effort and time. However, polished visuals and solid mechanics aside, this feels more like an intentional tech demo for an upcoming console release. But as I mentioned, games of this quality and magnitude are rarely crafted by a development team of one. In that regard, I do salute FYQD- Studio.

Review conducted on PC with a pre-release retail code provided by the publisher.