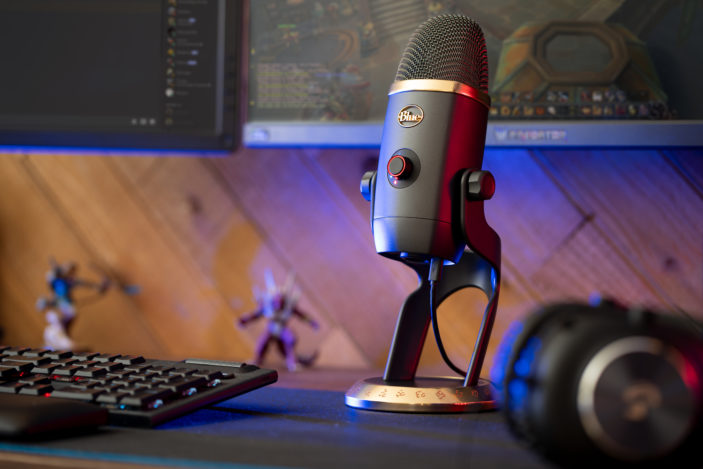 Look at this tasteful Blue Yeti X mic designed around World of Warcraft: Shadowlands. Seriously, look at it. The subdued palette in Battle Grey with gold accents. The artful runes around the mic’s base. The smooth, elegant shape of the mic itself.

We don’t get a lot of peripherals in the games sphere that are this nice, okay? Everything we have is plastered in rainbow LED’s and only comes in Edgelord Black. Let me have this.

The microphone in question is a Yeti X, made by audio company Blue. They’re a popular pick among Twitch streamers for their price point and strong sound reproduction.

But wait. It gets better.

Blue has been rolling out a suite of software called Blue VO!CE that allows users to modulate or change their sound. The benefit of the WOW: Shadowlands Yeti X is that you can make yourself sound like characters from Warcraft. Blue says Blizzard have furnished them with hundreds of HD audio samples to accomlish this noble feat. I can now troll everyone I met, in every game, by making myself sound like Illidan Stormrage. God bless this microphone.

The standard Blue Yeti X retails for around $299.95 in Australia. Pricing on this special edition model is listed at $199.95 USD so we expect the Australian pricing to be in line with local RRP. You’ll be able to get your hands on it next month, to co-incide with the launch of WOW: Shadowlands.

You can find out more at the official Blue website.