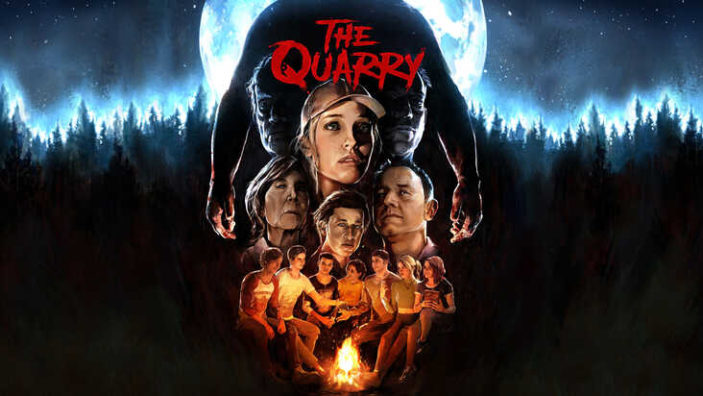 2K and Supermassive Games have announced this morning a brand-new horror game, The Quarry, which is set to release on June 10 for PlayStation 5, PlayStation 4, Xbox Series X/S, Xbox One and PC. This is a huge surprise, given developer Supermassive Games churning out Dark Pictures titles like Man of Medan, Little Hope and House of Ashes what feels like every few months.

Much like Until Dawn, also from Supermassive Games, The Quarry will follow a group of teenage camp counsellors, as they stay the night in a local lodge in Hackett’s Quarry, only to be attacked by a mysterious force that intends to wipe them all out. Fans of Supermassive Games’ horror titles can take pleasure in knowing the same choice-based consequences apply here and in brutal, gory fashion, featuring 10 to 12 deaths per character.

How the story unfolds is up to you. Characters can also die at any point in the game, as the narrative continues without them. The game will also deal out cards based on the conclusion of each character throughout the story. With 187 cards in total to collect, we’re sure that the open-ended nature of each playthrough will encourage players to jump in and do it all again.

The Quarry is right around the corner, releasing on June 10, on all major consoles and Windows PC.