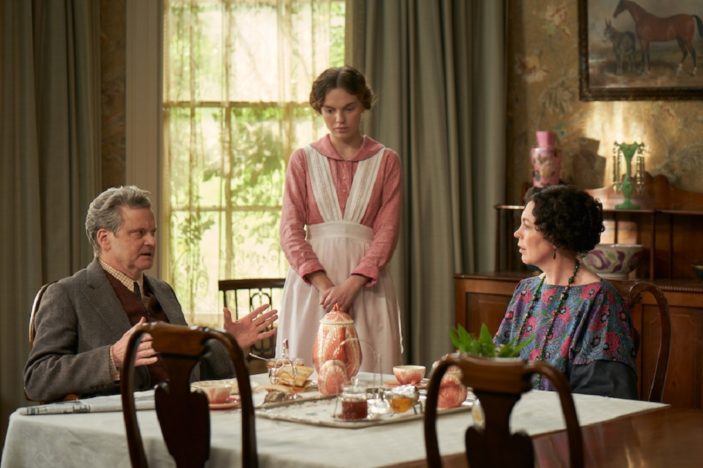 Thanks to Transmission Films, we have 5 double in-seasons passes (Admit 2) to see Colin Firth, Olivia Colman, Josh O’Connor and Odessa Young in the drama Mothering Sunday, set for release in cinemas from June 2nd, 2022.

The events of Graham Swift’s novel take place over the course of one day – the holiday Mothering Sunday.  Maid Jane Fairchild (Odessa Young) has the day off, as her employers, Mr. and Mrs. Niven (Colin Firth and Olivia Colman) are attending an event to celebrate the engagement of their neighbour’s son, Paul (Josh O’Connor).  Jane is an orphan, so has not mother to spend the day with – but she does have Paul, with whom she’s been having a years-long secret affair.  The story unfolds as they spend their final day together as lovers.

For your chance to win one of these double passes*, which can be used at your local cinema until the film’s season concludes, tell us, in 25 words or less, what’s your favourite movie with a “Day” in the title and why? Competition closes Thursday June 2nd, 2022 9am AEST *Australian residents only.