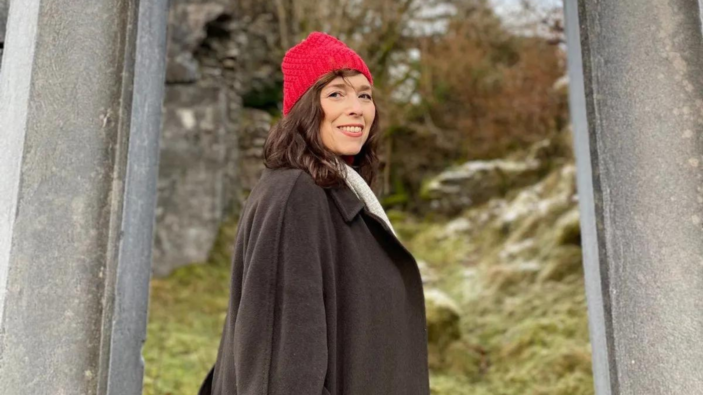 2023 is already in full swing and we in the AU Books Team are back and ready to look ahead at some of this year’s most anticipated books. With so many books published each week, month and year, it’d be impossible to read them all. So this is only the briefest snapshot of what is in store for the next three months.

From 17th Century Norway to Second World War Europe; and from gothic theatres to Sydney laneways, these are some of the books we’re most looking forward to in the first months of 2023 (and not even a Princely memoir in sight). We’ll see you in a few months to go through our next lot of anticipated books. Until then… happy reading! If you feel like you don’t have enough time to read, you can free it up by using an admission essay writing service. Now – let’s get into our list!

The Witches of Vardø – Anya Bergman Simon: Norway, 1662. A dangerous time to be a woman, when even dancing can lead to accusations of witchcraft. Zigri, desperate and grieving the loss of her husband and son, embarks on an affair with a local merchant. It is not long until she is sent to the fortress at Vardo to be tried and condemned as a witch.

It’s January, so as is now custom it seems, I am once again looking to get stuck into something a little gothic, and in this case Nordic. Having visited the fortress at Vardø I was drawn to this one all the more. There’s also a strong endorsement from Hannah Kent, an author who knows a fair share about novels about historic nordic trials.

Witches are in right now; with authors like Anya Bergman highlighting the power and strength of these women in the face of both historical and contemporary prejudice and misogyny. 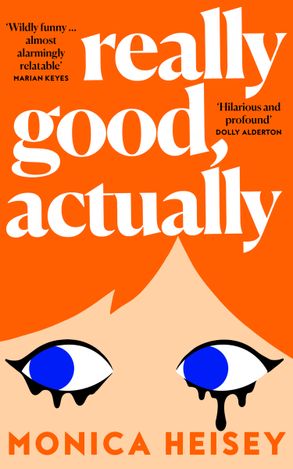 Emily: Maggie’s marriage has ended just 608 days after it started, but she’s fine – she’s doing really good, actually. Sure, she’s alone for the first time in her life, can’t afford her rent and her obscure PhD is going nowhere . . . but at the age of twenty-nine, Maggie is determined to embrace her new status as a Surprisingly Young Divorcée™.

Okay, okay, so I picked a February release for my January book… but as most readers will tell you, January publishing is all about dieting, recipe books and self-help. For fiction, it’s the equivalent of the doldrums. (Not to say nothing at all gets published here, but the balance definitely heavily skews toward NF.)

Really Good, Actually, aside from having that stunning cartoon cover, is the debut novel by Schitt’s Creek screenwriter, Monica Heisey—and seeing as that show quickly cemented itself as my favourite TV show of all time, I have very high hopes for this book. It promises to be funny but also a bit sad, and in the vein of other recent favourites of mine such as Sorrow and Bliss. I have my fingers crossed for this one. 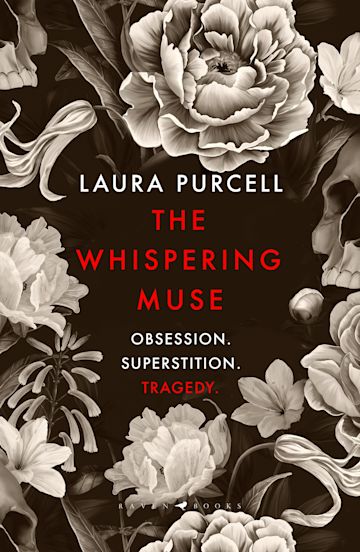 Jodie: Rumours are swirling in the West End. Lillith, the latest darling of the Mercury Theatre, is almost too good. Strange occurrences at the theatre, performances that seem to border on possession, and whispers of a pact with an ancient power lead the wife of the Mercury’s owner to call on Jenny, a poor dresser, to spy on their star actress.

But as Jenny gets to know Lillith, both on and off stage, she begins to wonder if the rumours are true. What tremendous price has Lillith paid for her talent and fame?

As a lover of Gothic horror and as the AU review’s resident spooky bitch, it’s probably no surprise this one made it onto my most anticipated. The premise, the setting, and Purcell’s back catalogue all have me VERY excited to pick this one up. 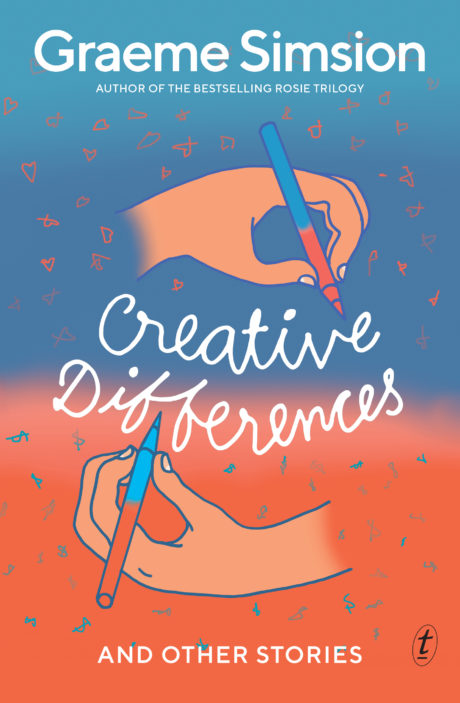 Jemimah: Emily, a struggling literary writer, meets Scott, a struggling screenwriter, and together the pair write a bestseller, and fall in love in the process.

But now it’s three years later and their relationship is on the rocks, and each of their solo projects have flopped. Emily and Scott need to find their way back to each other, and to their passion for writing.

This looks like an enjoyable post-rom-com story about a career and relationship that are deeply entwined, and two people working to come back to each other. I’ve enjoyed Simsion’s previous works, so expect this to be just as insightful and enjoyable! Jodie: Something is rotten in the state of cybernetics.

Elsinore Robotics is on the edge of a breakthrough. But when their humanoid android HAM(let) v.1. is found irreparably damaged, the field of consumer cybernetics is about to become a battleground. Then the android’s successor, HAM(let) v.2., makes a startling discovery – some of v.1.’s memories remain, revealing the truth about what happened and setting the new version on an all too familiar path of indecision, madness, and revenge.

Shakespeare but make it ROBOTS. M. Darusha Wehm is set to breathe new (artificial) life into the classic tale, blending those timeless themes with the question of what it means to be human. 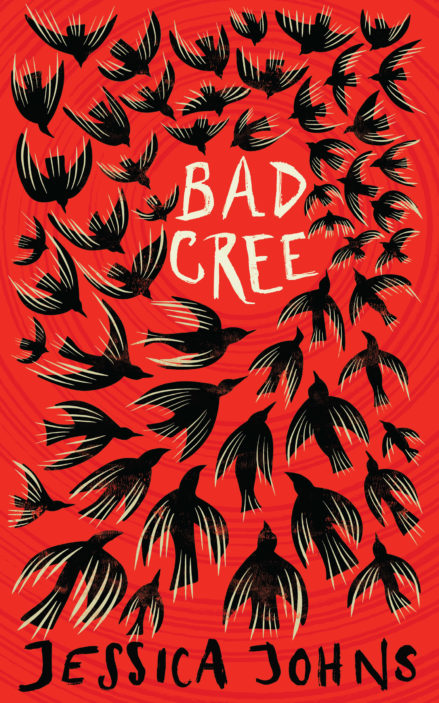 Simon: Bad Cree, the gripping debut from Jessica Johns, tells the story of Mackenzie, a young Cree woman. The novel opens with Mackenzie waking from a dream holding a severed crow’s head in her hands. Moments earlier in her dream, she’d been fending off masses of birds in a snow covered forest. In a blink, the head disappears.

Night after night, Mackenzie’s dreams return her to a memory from before her sister’s untimely death. They lead her on a perilous journey of self discovery; one that ultimately forces her to confront the toll of a legacy of violence on her family, community and country.

I’ve only just started this one, but what I’ve read so far has been excellent. It’s a wonderfully haunting and oft visceral read; one which plays with genre conventions to tell a story steeped in culture and chills. 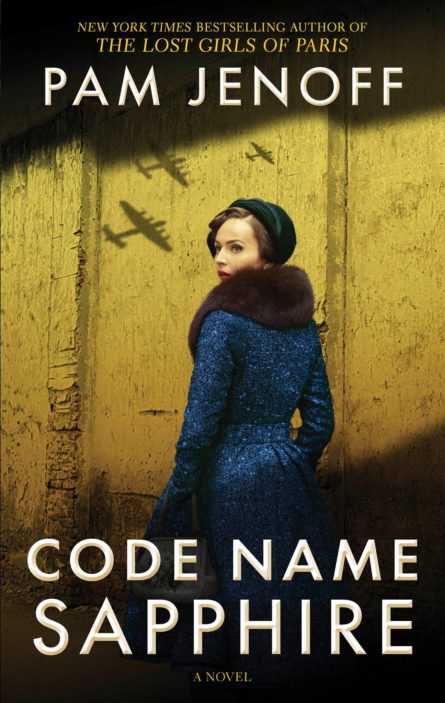 Emily: 1942. Hannah Martel has narrowly escaped Nazi Germany after her fiance was killed in a pogrom. When her ship bound for America is turned away at port, she has nowhere to go but to her cousin Lily, who lives with her family in Brussels. Fearful for her life, Hannah is desperate to get out of occupied Europe. But with no safe way to leave, she must return to the dangerous underground work she thought she had left behind.

I’m one of those people who still isn’t sick of World War 2 novels, provided they get done well. I’ve enjoyed Pam Jenoff’s work in the past, and I’m hoping this will be a little bit like Kate Quinn’s The Alice Network and a little bit like Code Name Helene by Ariel Lawhon.

I do love sumptuously detailed war stories, particularly when they are about the untold stories of heroic women, and I’m hoping that Jenoff could be a new favourite author for me, seeing as she does have an extensive back catalogue. 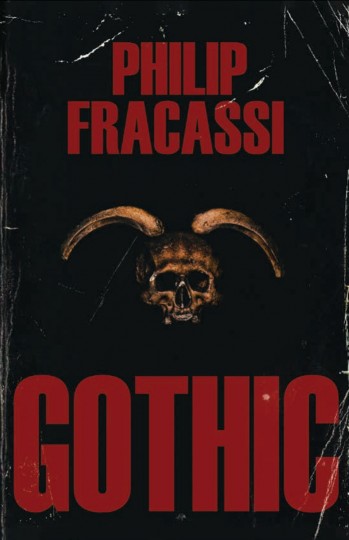 Jodie: On his 59th birthday, Tyson Parks, a famous but fading horror writer, receives a desk from his partner. It’s hoped that the piece will get his creative juices flowing again, and rekindle his passion for his work. And it seems to be working.

Publishers are clamouring for his new work, and the offers are pouring in. But the writing is darker than ever, more disturbing. And Tyson himself is changing too…

Oh, that delicious old trope of a writer descending into madness. Reviews for this one are already strong, promising something dark, pulpy, and horrifying. Nightlights at the ready, horror fans! 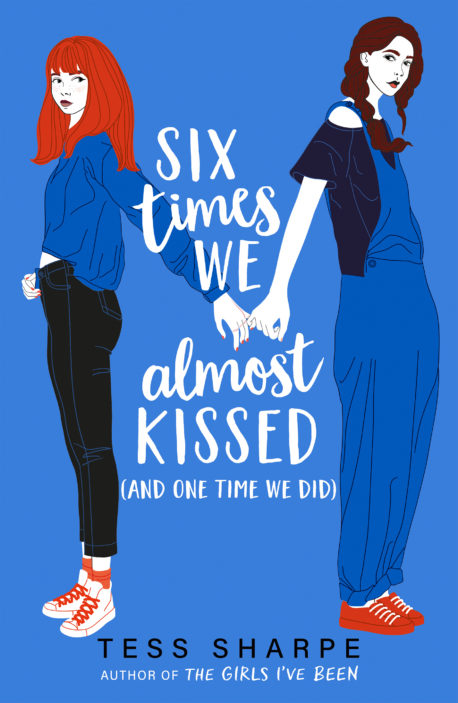 Jemimah: Penny and Tate have known each other their whole lives because their mums are best friends, but they do NOT like each other. And now they’re going to be living in the same house, and they keep almost kissing. So, will they… or won’t they?

A queer YA rom-com that sounds full to the brim of slow-burn tension! 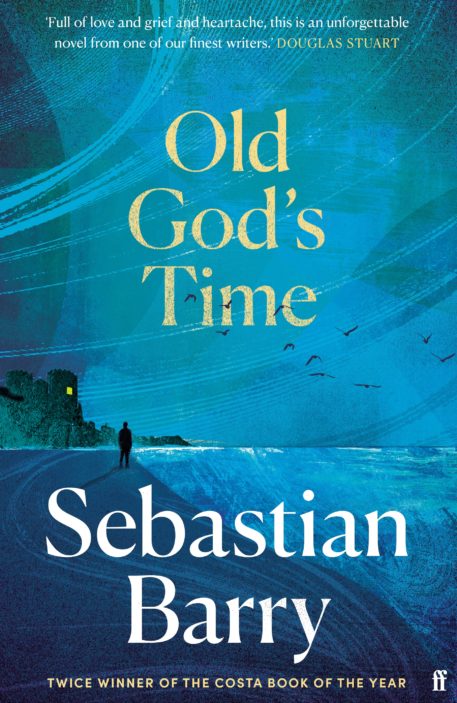 Simon: “There were no saints in any era, Tom knew, just good men and bad, and sometimes both in the one bottle.”

Old God’s Time, tells the story of retired policeman Tom Kettle. He is enjoying the quiet of his new home and life overlooking the sea. For months he’s barely seen a soul.

But, his peace is interrupted when two former colleagues arrive at his door asking questions about a decades-old case. One, which Tom never quite came to terms with. His peace is further shattered by the arrival of a young mother and her family next door; the woman on the run from her own travels.

I’ve arrived to Sebastian Barry’s work late, but he’s fast become one of my favourite writers. A wonderful and empathetic storyteller, Barry always manages to capture the humanity of his characters so powerfully. I can’t wait to delve back into his work. 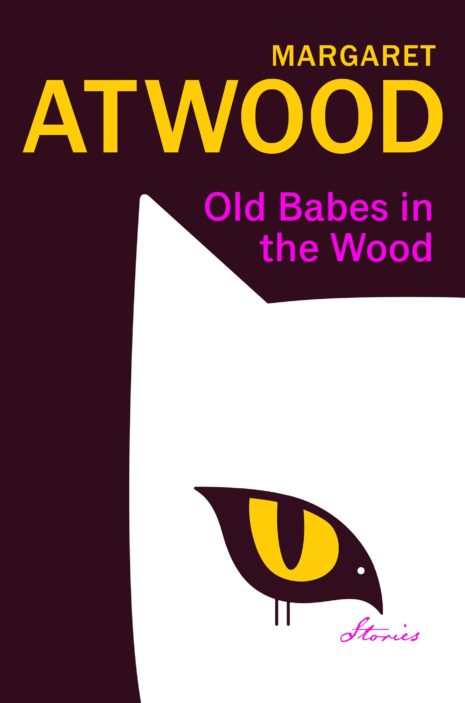 Emily: When I grow up, I want to be Margaret Atwood. No other writer I’ve come across can do the things she can do with words on a page. She has such range, and her work is almost always powerful and extremely relevant to the world outside. I remember the first time I read The Blind Assassin and everything else ceased to exist. I can’t wait to read more short fiction by a master of the form.

These stories explore the full warp and weft of experience, from two best friends disagreeing about their shared past, to the right way to stop someone from choking; from a daughter determining if her mother really is a witch, to what to do with inherited relics such as World War II parade swords. 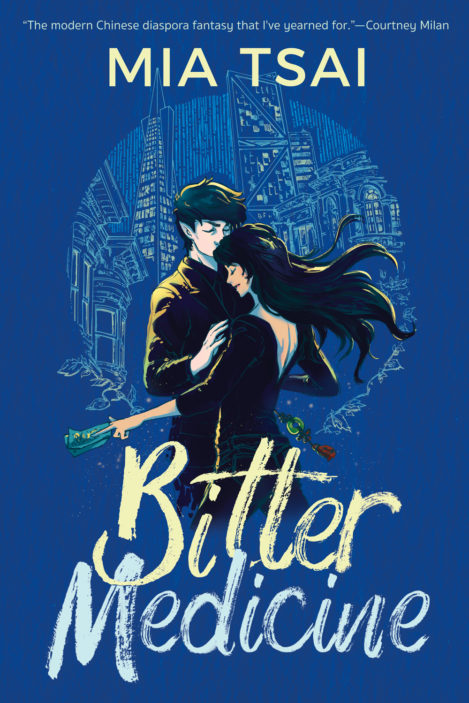 Jodie: Elle should have been destined for something greater. But with her dangerous younger brother hunting both her and her older brother, a life under the radar beckoned. Instead, she masks her abilities, taking a temp job as a magical calligrapher. It’s mediocre work, sure, but security expert and new client Luc is about to make things much more interesting.

But testing her limits by outfitting Luc with powerful glyphs to help in his line of work is one thing. Finding out that his next target is her brother – murderous or not – is quite another. Jemimah: Reagan has no online presence – no socials, no photos, nothing. She’s safe that way. And then she stumbles across a murder victim in a Sydney laneway, a woman who looks just like her lying dead at her feet.

More murders occur throughout the city, and she begins to realise that she is no longer safe; she’s been found.

This looks like a tense and fascinating psychological thriller about the very prescient and topical danger of surrendering privacy to the internet, one click at a time.

Thanks to Emily Paull, Jodie Sloan and Jemimah Brewster for their contributions to this article.