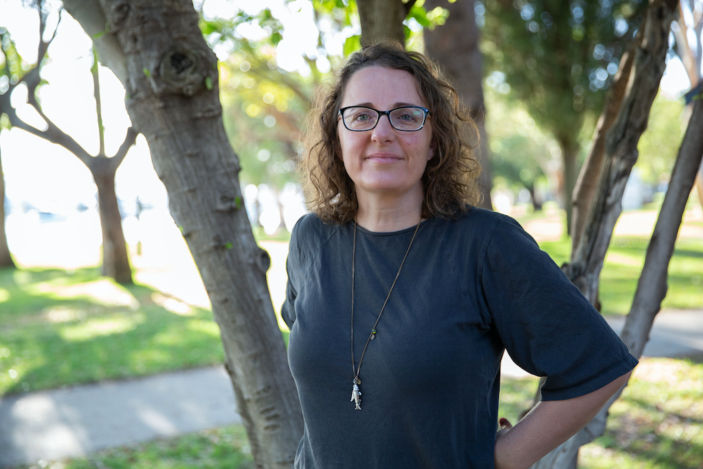 We’re over halfway through the year. How are your 2021 reading goals going? Have all the mini snap lockdowns around the country had you turning to a good book?

We’re back to take a look at a handful of the new titles coming out across the next couple of months. With so many books published each week and month, this is definitely only a very small snapshot of the smorgasbord of literary delights coming up. These are some of the upcoming books we’re most excited for. The ones we think you should be rushing out to buy and pre-order.

We’ll be back in a couple of months to round out the year, with our picks for September to December. But, until then, here’s some more of our most anticipated books of 2021: 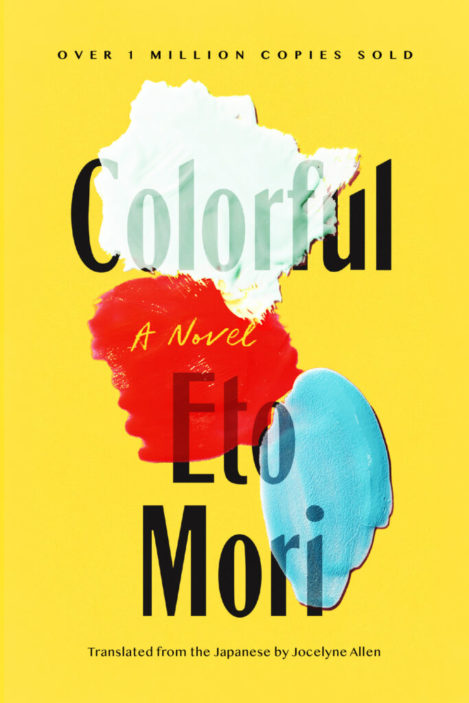 Simon: Before there was Pixar‘s Soul or Matt Haig‘s The Midnight Library there was Colorful by Eto Mori. A beloved and bestselling classic in Japan, Colorful follows the story of a nameless/formless dead soul given a second chance – a do-over. The catch, that they have to recall the biggest mistake of their past life, all while on a ‘homestay’ in the body of fourteen-year-old Makoto Kobayashi, who has just committed suicide.

Told with a lightness of touch and masses of empathy it’s not hard to see why Colorful has found a place in Japanese literary canon . Twenty years after it was first published, it’s now being published in English, with a wonderful translation from Jocelyne Allen. Straddling the worlds of Young Adult and General Fiction, Colorful tackles a tough subject with heart and soul and shouldn’t be missed.

She Is Haunted – Paige Clark 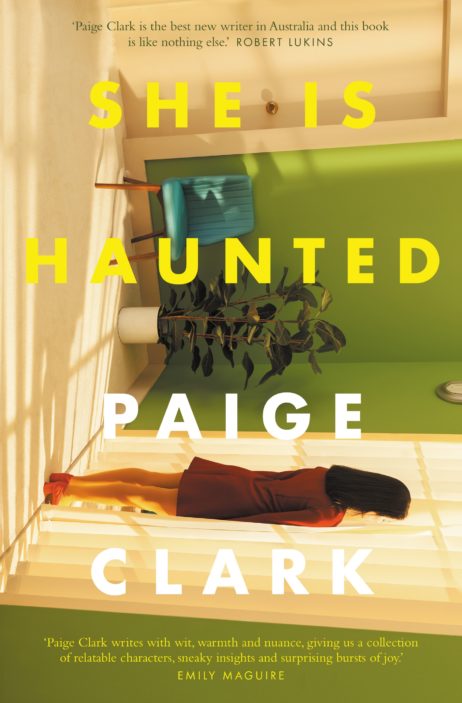 Emily: Come for the incredible cover (and can we take a moment to appreciate how amazing Australian fiction has been looking lately?!) and stay for the promise of a damned good debut. She Is Haunted is the debut collection by Chinese/American/Australian writer Paige Clark, who is currently based in Melbourne.

It promises stories which explore our search for recognition, connection and empathy in our everyday lives, as well as Asian identity, intergenerational trauma and the love of a good dog. As someone who loves Australian short fiction, I am excited to be introduced to a powerful new voice and I have an excellent feeling about Paige Clark and her work. 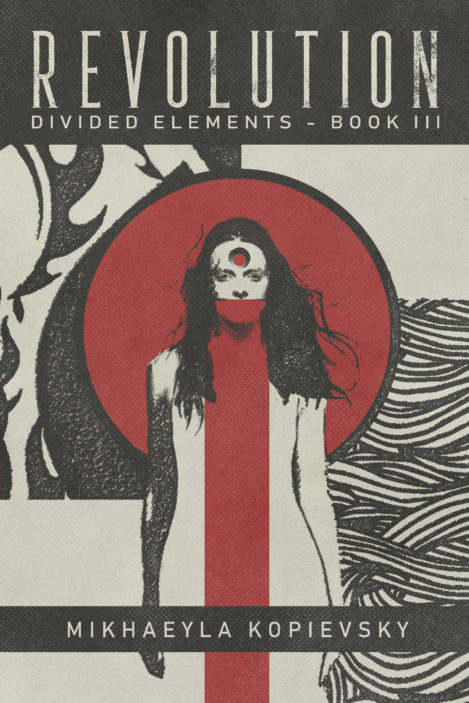 Jodie: If you’re not across cyberpunk dystopian fiction series Divided Elements yet, you’ve got about two weeks before the trilogy closes out with Revolution!

The series follows Anaiya, who inhabits a world where people are conditioned and aligned to fit one of four specific classes, each named for the four elements – fire, water, air, and earth. Deviation from your class is not permitted, and Otpor, the walled city-state once known as Paris, has carefully constructed a lifestyle of excess and consumption in order to leave its inhabitants living in blissful indifference.

But Anaiya is given the opportunity to change her class, and be re-aligned from Fire to Air, so that she might infiltrate and bring down a dangerous and violent threat to the cultivated order of Otpor. As the former protege of Kane, a traitor to the Orthodoxy of Otpor, Anaiya welcomes the chance to erase her mentor’s shameful past. But what will she find when she ventures deeper into Heterodoxy? And with her core personality altered by the re-alignment, just which side of Anaiya will prevail in the end?

This series checks all the boxes for science fiction, dystopian fiction, and cracking world-building. Don’t miss out on the finale of this great indie series! 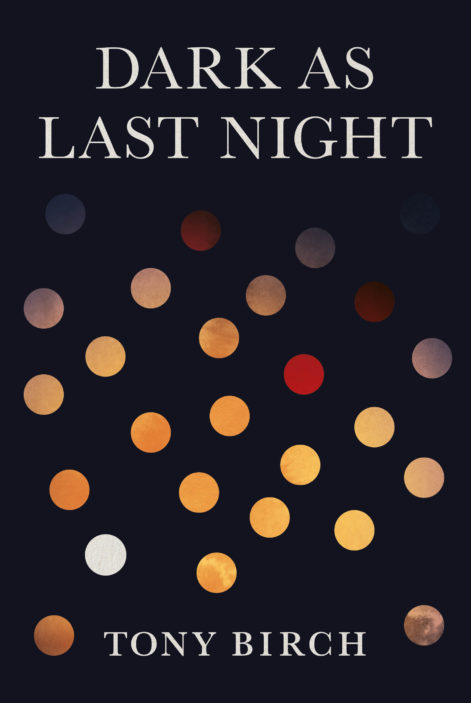 Simon: Tony Birch is back with a new short story collection, Dark As Last Night. The collection is Birch’s fourth, and serves as confirmation that Birch is a master of the short form. He might have won awards for his three novels, but the man knows how to write a cracking short story. Dark As Last Night isn’t even Birch’s only release this year, he’s dropped a new poetry collection, Whisper Songs last month.

Dark As Last Night explores human connections at the pivotal moments in our lives, at the loss of loved one, or the during the uncertainties of childhood. It’s a collection that explores our collective humanity, with a special focus on the marginalised and the oft overlooked. It promises to be a special collection from one of Australia’s foremost writers. 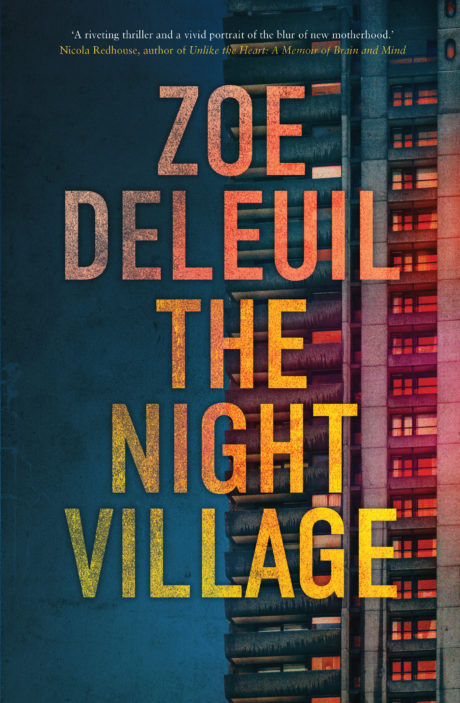 Emily: One of the upcoming titles from West Australian powerhouse Fremantle Press, the debut novel by Zoe Deleuil resists classification into any particular genre and instead is that rare beast, the literary domestic thriller.

It’s about family secrets and being far from home. It follows Simone, who after moving to London from Australia, falls pregnant to a man she doesn’t know all that well, and must face the upcoming changes to her life in a place where she feels increasingly isolated. When her partner’s cousin comes to stay, Simone senses danger.

Though we’re all yearning to travel right now, books like this one might just remind readers that it’s not always best being far from home, and I’m looking forward to reading this in a single sitting very soon. 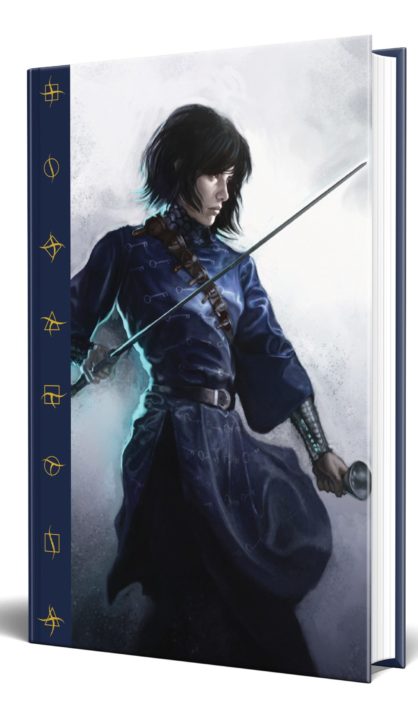 Jodie: I know, I KNOW, Sabriel actually came out back in the 1990s. But as a long time fan of the book (and one of the people responsible for it being shortlisted for the 2003 W.H. Smith Book Awards – I judged alongside the S Club Juniors, no big deal #humblebrag), I’d be lying if I said I wasn’t hugely excited about the gorgeous new edition heading our way in August.

Kicking off the Old Kingdom series from Australian fantasy author Garth Nix, our eponymous heroine Sabriel has lived outside the walls of the Old Kingdom for years, far away from the powerful Free Magic, and the Dead who won’t stay dead.

But when her father, a powerful Mage, goes missing, Sabriel must return to the Old Kingdom to find him, and, in the process, face the power of her own destiny. 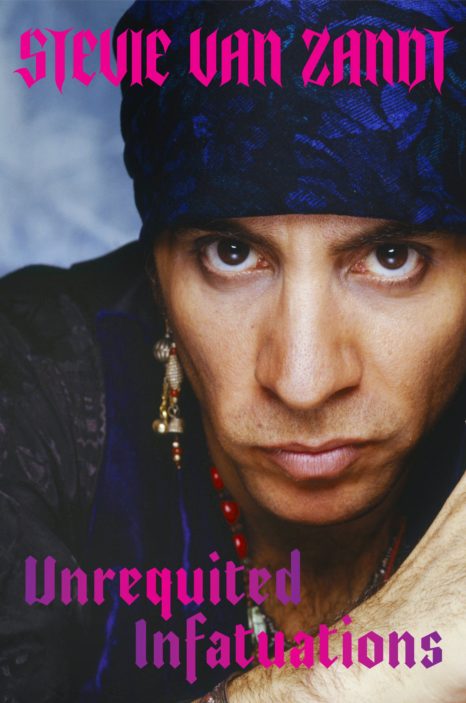 Simon: A legendary sideman, a loyal consiglieri, an activist, a songwriter, a radio host, label owner, and an educator. Stevie Van Zandt is, and has been all of those things. Come, September he’ll be able to add author to the list too, with the release of his auto-biography Unrequited Infatuations.

To say I am looking forward to this book would be understatement. I am a huge Springsteen fan; and a big Van Zandt fan too – I think his solo albums are largely under appreciated, and his activism is admirable. But, you also have to admire his dedication to reinvention, whether it be taking on the role of Silvio Dante in The Sopranos or most recently turning his hand to developing a rock and roll curriculum. Van Zandt has lived a full and often surprising life, and I can’t wait to read about some of it first hand.

Beautiful World, Where Are You – Sally Rooney 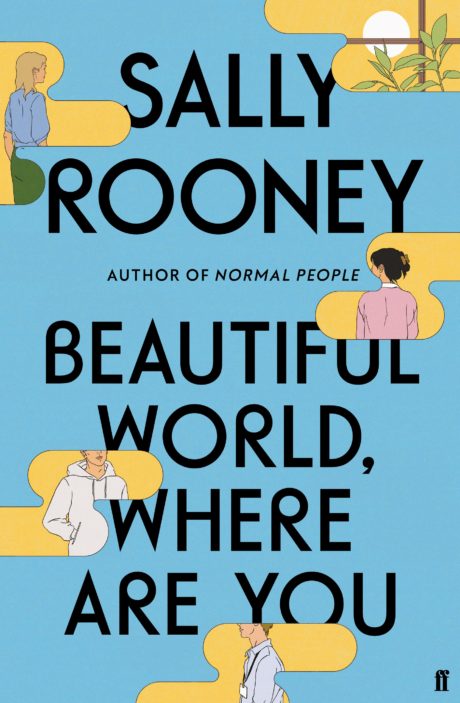 Emily: Some books really don’t need much pre-publicity. But, I’m going to mention Sally Rooney anyway. Off the back of two extremely well received novels and a television adaptation of Normal People which sent people scrambling for a re-read, Sally Rooney is once again venturing into the inner lives of millennials.

Much of what Rooney writes could easily be cliched – her characters are always artists or writers, they often benefit from privileges that they don’t seem to be aware they have, and oftentimes a lot of heartache would be spared if they could just talk to each other instead of wilfully misunderstanding everything.

Yet what makes Rooney’s work so beloved (and perhaps so polarising) is because she has an uncanny talent for uncovering the emotional truths that underpin what would otherwise be too mundane for fiction. She writes about things that other people disregard. Beautiful World, Where Are You promises all the hallmarks of her previous two books – European travel, miscommunications and complicated love dodecahedrons. So if you didn’t feel like throwing Conversations with Friends across the room, you’re probably excited about this one too.

From The Neck Up, and Other Stories – Aliya Whiteley 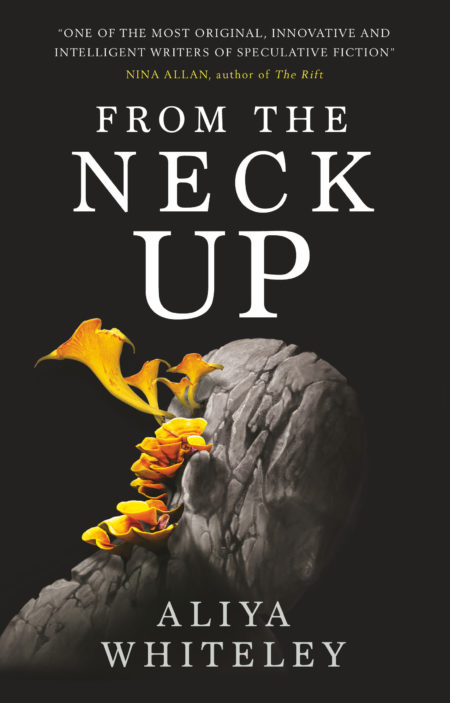 Jodie: Award winning author Aliya Whiteley has compiled sixteen short stories in what promises to be a pretty incredible collection of speculative fiction, horror, and fantasy. A recent review described it as “Gothic-tinged” which certainly perked ears up here at The AU!

Witness the future of farming in a new Ice Age, or the artist bringing life to glass; the many-eyed monsters we carry and the secret cities inside our bodies; the alien invasion through our language to the Chantress and her twists on the fairy tale. Expect humanity to be put under the microscope, in a collection filled with wit and gorgeous prose.

Thanks to Emily Paull and Jodie Sloan for their contributions to this article.

You can read our picks for the our most anticipated books published in January to March HERE; and April to June HERE.