Five Books You Need To Read This Month: October

If you’ve stepped into any store over the last couple of weeks you’d probably have noticed that the countdown for Christmas is well and truly on. This also means there are no shortage of new books being released into the world. Earlier this month, on the so-called “Super Thursday” there were 544 new books released in the UK, each vying to become a Christmas bestseller. With so many new books out there, we thought we’d give you a hand, here are five new releases this month we think you need to read.

We’ve gone a bit non-fiction heavy this month, and fair warning, a bit political too. We’ve got books exploring the idea of political correctness, toxic masculinity and the working class. But, we’ve also got some award-winning fantasy and a book about soul music in 1960’s Harlem too. As always you’ll be able to find each of these books in all the usual places, online and IRL, but please do try and support your local Indies where you can. 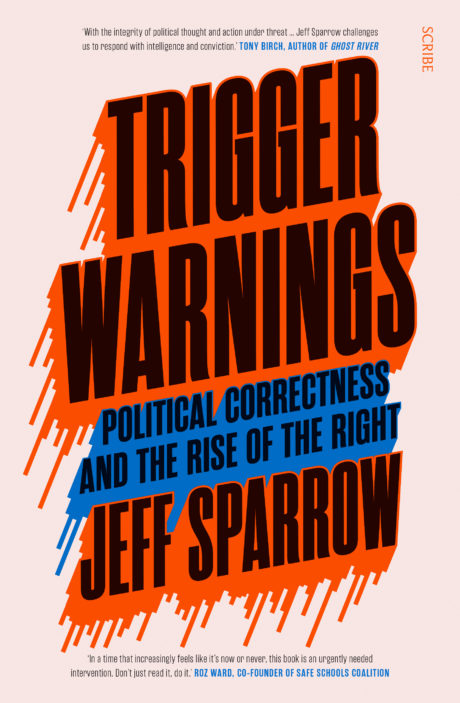 In 2016 Donald Trump was elected President of the United States. A man who has built his whole career and persona on the basis of extravagance and excess. Yet, somehow he won the presidency on the back of an anti-establishment platform, positioning himself as a voice of the common man, and the figurehead of a working class movement. Trump’s election was paralleled by similar unexpected events in other parts of the world, namely Brexit in the UK, and the revival of Pauline Hanson’s One Nation here in Australia. The common denominator? A resurgent right and a vehement hostility to “political correctness”. In his new book, Trigger Warnings, writer, editor and broadcaster Jeff Sparrow attempts to make sense of the current climate, and examine the ways in which the left might respond to this apparent new world order.

Trigger Warnings is a timely and persuasive read, one which argues for a return toward a more direct action form of politics, towards unity in the face of fragmentation, and for an end to “smug politics”. In Trigger Warnings, Sparrow explores the changing attitudes towards democracy, justice and identity politics, examining both historical struggles and  also contemporary debates such as Gamergate or the Same Sex Marriage plebiscite. The book challenges progressive and conservative orthodoxies alike, indeed Sparrow is critical of the ways in which many of the left have alienated the ordinary, working class people they historically used to represent. In arguing for a better way, Trigger Warnings is a persuasive and articulate call to arms, right when we need it the most. 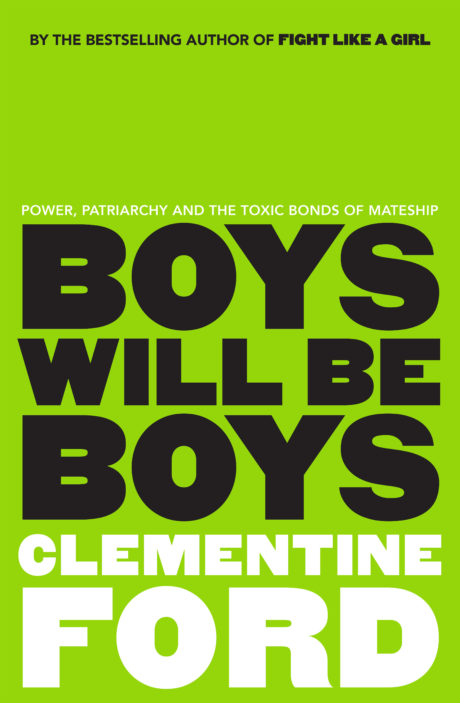 Boys Will Be Boys is the new book from writer and feminist thinker Clementine Ford. Where her previous book, Fight Like A Girl, examined the ways in which patriarchal society was harmful for women, Boys Will Be Boys explores its damaging effects on men. This damage can be seen most clearly in the drastic and troubling mental health statistics: On average men make up six out of every eight suicide every single day in Australia. The number of men who die by suicide in Australia is nearly double the national road toll. It’s clear something needs to be done. In Boys Will Be Boys, Ford examines and critiques the restrictive and reductive structures of masculinity and manhood that do so much damage to all of us, men and women.

Contrary to the belief of some online, Boys Will Be Boys is not some misandrist treatise, nor is Ford some rabid man hater. It is not a condemnation of men, but of our society. It’s as Ford said on SBS’s The Feed “a book about how the world we live in allows men to do deeply shitty things.” With chapters on male and female responsibility, popular culture and rape culture, Boys Will Be Boys explores the way in which our world conditions boys into entitlement, privilege and power. It is not an easy read, but it is a necessary one, especially if we want to do better – and we really do need to better, for everyone’s sake.

Boys Will Be Boys is available now through Allen & Unwin 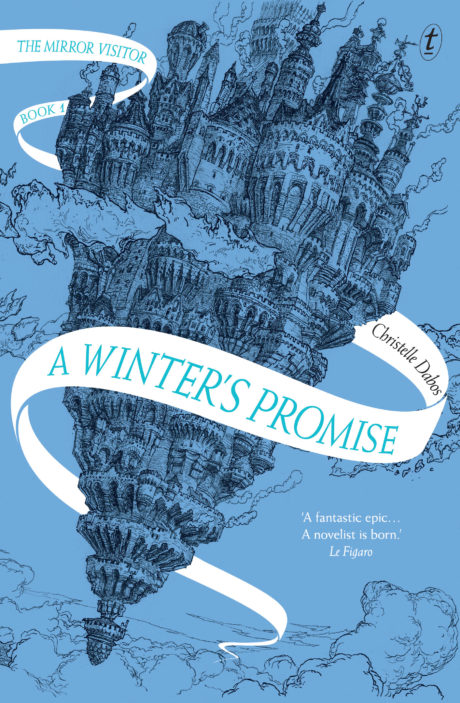 A Winter’s Promise is the first instalment in the bestselling French fantasy series The Mirror Visitor Quartet from Christelle Dabos. First published in France in 2013 to some great acclaim – it won the Grand Prix de l’Imaginaire (a French award for speculative fiction) – A Winter’s Promise has now been published in english, with Hildegarde Serle on translation duties. The novel follows the story of Ophelia, a Reader and caretaker of the museum on Amina, one of the Arks (a floating celestial island). She is able to read deep into the history of objects and their owners, just by touching them. And she’s able to travel through mirrors. No big deal. She’s also not really all that into romance, especially when she’s promised in marriage to a man from a distant ark.

A Winter’s Promise is an introduction to an epic fantasy world, replete with colourful and vibrant characters, inventive world building and a feisty heroine. Being the first in the series, there is naturally a fair bit of time spent setting up the world and the characters, though it’s far from dry and un-engaging. Although aimed at a Teenage and Young Adult audience, there is plenty of adult crossover appeal, certainly it doesn’t seem to shy away from the darker aspects of life. A Winter’s Promise should appeal to fans of Cornelia Funke, V.E. Schwab’s Shades of Magic series, and Phillip Pullman’s His Dark Materials.

A Winter’s Promise is available now through Text Publishing 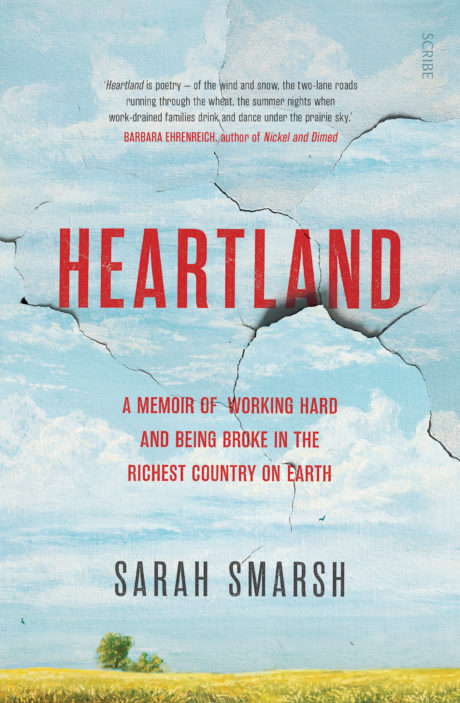 Heartland is a topical and moving memoir exploring one woman’s experience of working class poverty in America. Sarah Smarsh is a fifth-generation Kansan and the daughter  of the working class. She is also successful journalist, her work has appeared in The Guardian, The New York Times and many others, and one of America’s foremost writers on the subject of class. Heartland tells the story of four generations of Smarsh’s family, reaching back to her great-grandmother who worked multiple jobs. Though it is not simply the story of one family, throughout Heartland Smarsh combines her family’s story with strong analysis and cultural commentary allowing for a look at the changing fortunes of the American poor and working class more broadly.

Heartland is another in the growing number of books that have popped up in recent years examining America’s post-industrial decline. It’s also another that dares to broach that all too taboo topic in American culture: Class. Eloquent and insightful Heartland challenges the myth of the American dream; puts a human face to the issue of income equality, and sets about debunking the widely held and damaging views of the working class and poor in America. Recently longlisted for the National Book Award in America, Heartland offers great insight into a section of the population that is often dismissed as “white trash”. Those who enjoyed J.D. Vance’s Hillbilly Elegy and Nancy Isenberg’s White Trash would do well to pick this one up. 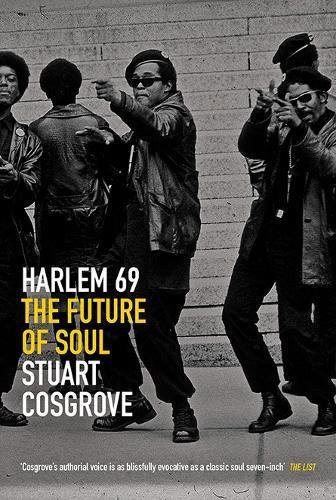 Harlem 69: The Future of Soul is the third, and final book in Stuart Cosgrove’s Soul Trilogy – a series which explores soul music and social change across three American cities, and has already covered the story of Motown, Stax and many of soul’s biggest. Having focused on Detroit and Memphis in the preceding two books, Cosgrove now turns his attention to Harlem – the largest, and most famous African-American centre in America. Harlem 69 has quite the cast of characters, in 1969 the neighbourhood was home to bandleader King Curtis and soul singers Aretha Franklin and Donny Hathaway. In the summer it also played host to Black Woodstock, as well as concerts starring Sly and the Family Stone, Stevie Wonder and Nina Simone.

Harlem 69, like the books that preceded it, is a work of social history and not simply a book about soul music. One of the major strengths of Cosgrove’s books are their understanding that music is not created within a vacuum, that simply put the events of the day have an impact on the art that is created. For example, Cosgrove notes that by 1969 soul music was harder, funkier, and more streetwise. It was imbued with greater social and political commentary, as a result of the particular struggles faced at that time, and in that place. Harlem 69 is an entertaining and well researched look at a neighbourhood and country in flux, and a must read for anyone with even a passing interest in music and American culture.

Harlem 69: The Future of Soul is available now through Polygon / New South Books