Book Review: Toni Jordan’s Dinner With The Schanbels is a charming novel about life post-lockdown 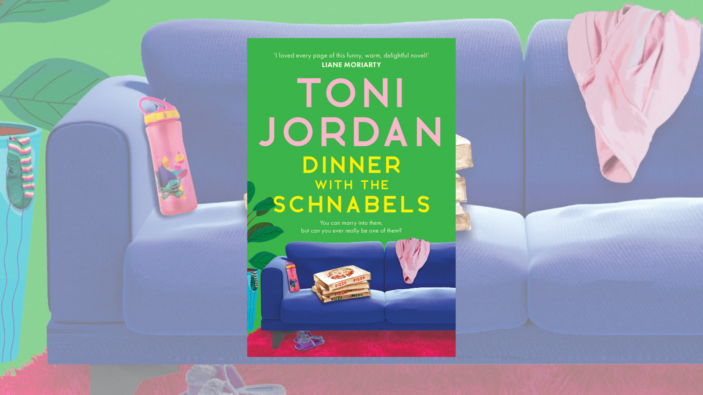 If you thought it was too soon for a pandemic novel, you might just be put off by the premise of Toni Jordan’s newest book, Dinner with the Schnabels…don’t be! Known for her versatility across both the contemporary and historical genres, the Melbourne-based novelist has just published her first novel with Hachette.

Schnabels follows down-on-his-luck former-architect Simon Larsen, who has been forced to make a few changes to his life post-lockdown. After losing his firm, and then his house, Simon has found himself in something of a rut. To make matters worse, his wife’s family seem to be watching his every move – in particular, his mother in law, who has never expected much of Simon in the first place. In fact, Simon wouldn’t blame his wife, Tansy, if she decided to leave him.

The novel takes place over the space of one week and is structured around Simon’s attempts to finish a landscape gardening job for a childhood friend of Tansy’s after the previous company pulled out of the job at the last minute. At the end of said week, Gloria Schnabel is hosting a memorial for her ex-husband who died the year previously. Simon doesn’t exactly understand why seeing as David Schnabel was as absent as a husband and father could be… at least to his oldest three children.

Also attending the memorial is David’s daughter from his second marriage, Monica, who surreptitiously ends up crashing with the Larsens. And a highly unconventional houseguest is just the beginning. Soon, Simon must contend with a parade of issues which may just prevent him from finishing the first paying job he’s had in months. Which begs the question, is this the beginning of the end for the Larsens?

Like Jordan’s previous novel, Tiny Useless Hearts, Dinner with the Schnabels is a kind of farce. It’s hilarious, yes, but then the pathos of this novel sneaks up on the reader. One moment, you are giggling uncontrollably at something adorable or gross one of the children says; the next you are clutching at your heart and holding back tears. It would be easy to imagine this novel adapted as a TV miniseries featuring most of the cast of Offspring. In fact, the only criticism I could possibly level at this novel is that it was near-impossible to put down, and I was nearly late to a brunch because I didn’t want to stop reading it.

At times, I was reminded of the suburban charm of a Liane Moriarty novel. Jordan’s characters are larger than life in the best possible way, from social media influencer Mon (who has everyone fooled for a hot minute), to the surprising twist on the mother in law trope that is Gloria. Simon himself is a layered point of view character, and though the book is in third person, the reader is still privy to the warped way he sees his own situation, which lends the book a dramatic sense of irony.

And yes, it’s a pandemic novel. It’s not about the spread of the virus or about people getting sick and having to wear masks. But, it is about a man who is having to pick up the pieces after the major economic upheaval that came with COVID-19, as well as having to re-evaluate just what is truly important in his life. I hope that this may be the beginning of many insightful post-pandemic novels to come. And, I hope that all the authors who turn their pens to this particular chapter of our history are as clever as Toni Jordan.

I couldn’t rate it any other way. Dinner with the Schnabels is a 5-star read for sure. Run, don’t walk.

Toni Jordan’s Dinner with the Schnabels is out now with Hachette Australia. Grab yourself a copy from Booktopia HERE.