Book Review: There’s something about Anja in Adriane Howell’s Hydra 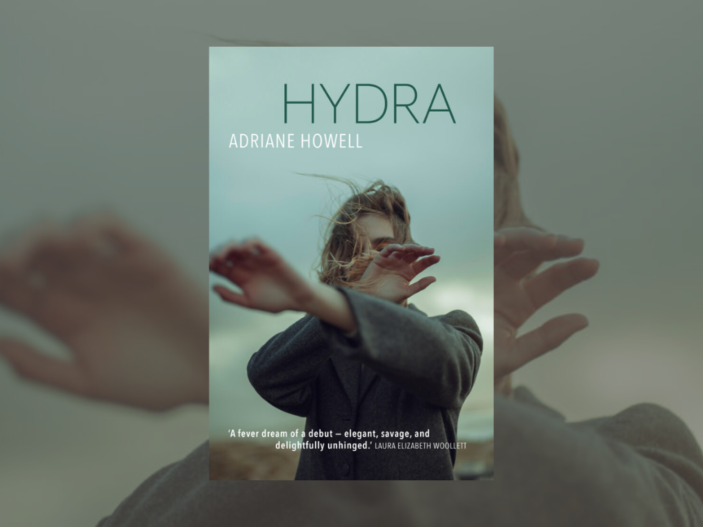 The protagonist of Adriane Howell’s debut novel, Hydra, has a very distinctive voice. An antiquarian with dreams of becoming a specialist at the auction house where she works; Anja has developed her own taxonomy of classifying objects based on the way they make a person feel rather than on where they are from, who made them or what style they are influenced by.

But she has competition for the role, and the novel opens with an uneasy exchange between Anja and her office-mate Fran. The two women fight without fighting, judging one another and invading personal space in a way which will feel authentic to anyone who has ever had a workplace rival.

Their competition comes to a head when they go to appraise the collection of a recently deceased man and Anja discovers the most valuable item – a chair – being sat on by the deceased’s elderly mother. Chaos ensues.

The result is devastating for Anja. Cast out and alone in the world (she keeps hinting that her marriage has broken down on a trip to Hydra), Anja makes an impulse purchase of a piece of land being offered by a naval base for a 100 year lease. She is drawn to the coincidence that the naval base is also named Hydra, after a ship. The property is remote and doesn’t even have internet. But immediately after moving in, Anja begins to feel like someone or something is watching her.

On paper, the plot of Hydra sounds nonsensical, almost as if it shouldn’t work. The gradual untethering of a smart, put together woman on a remote cliffside, interspersed with records from an investigation conducted at the naval base some decades before. It takes forever for the connection between the two things to become clear and for the mystery to reveal itself in its own way.

And yet, there is something about this novel that makes you want to keep reading, almost in horrified fascination. Anja is aloof and intelligent, yes, but she is also damaged and a very unreliable narrator. Though we side with her and feel like the world is doing her wrong, there is always the inkling of doubt that Anja is the problem after all – that she really does deserve the misery that has been brought to her.

There were things that frustrated me about the novel, such as the way Anja’s marriage breakdown was built up and hinted at for most of the book, and when it was finally shown to us on the page, we were not given all the answers. (That chapter, however, was interesting in its own way for other reasons and I’ll leave that for the reader to discover for themselves. Suffice to say it involves squid.)

The introduction in the second half of the novel of a job in the flea market, involving a maternal figure who takes Anja under her wing was a delight, and served as a real contrast to the stuffiness and unease of her earlier role. But, I did feel more could have been done with this setting. Hydra is only a short book, at around 250 pages, and I don’t think there was much risk in a little more fleshing out so to speak.

That being said, I still loved the book and have never read anything quite like it. It is spooky without being horror, and has a little of the ‘sad girl book’ to it without it being explicitly about the issues of modern womanhood.

Read it if you like to be challenged and surprised by your books.

Adriane Howell’s Hydra is available now through Transit Lounge. Grab yourself a copy from Booktopia HERE.