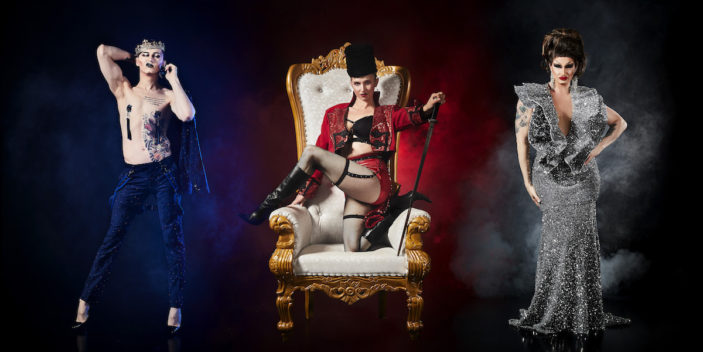 A drag-filled cabaret circus themed around the theological Roman Catholic seven deadly sins? Sounds like a recipe for something raucous but distinctly left of centre, filled with innuendo and debauchery!

‘Sinsuality: Make It Reign’ brings all that and more, led by larger-than-life drag MC BarbieQ, driving the show forward all while offering insights into her romance, sex life and marriage with co-act Karl Kayoss.

The 60 minute runtime whizzes by, as acts acrobatically and erotically come and go by BarbieQ’s on-stage throne, accompanied by confetti pouring from the ceiling and music blaring. It’s nothing you’ve not seen before, but it all happens at once, which is mighty fun.

A marriage of burlesque, cabaret, circus, comedy and drag, fuelled by a highly engaging and debaucherously delicious MC. Prepare to be shocked, yes, but prepare to be dazzled too.