Comedy Review: Grey hair is glitter and other lessons from A Flying Photon 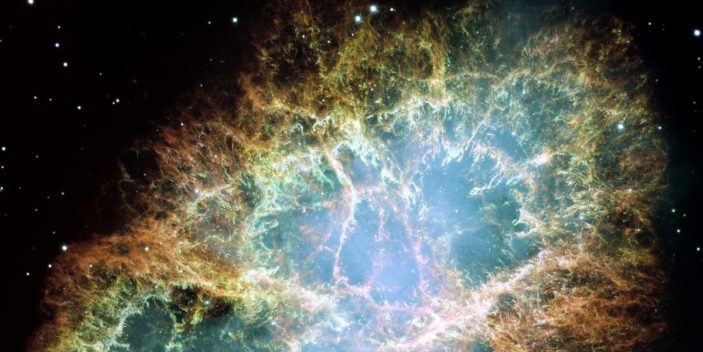 Arriving off the back of a successful run at the Adelaide Fringe, A Flying Photon at Giant Dwarf in Sydney is science, with a twist. The twist being – it’s actually interesting. We are introduced to Rachel Rayner, Science Explainer, who is a ‘science communicator, poet and performer’.

With a background in physics, Rayner begins to step the audience through a presentation about the mighty Photon. A Photon is a particle representing a quantum of light or other electromagnetic radiation – it is not the thing you sleep on at your mates place – we learnt that lesson early.

Rayner steps you through the spectrum of electromagnetic radiation, from gamma rays to infrared and finishing at radio waves. The performer twists her body to help visually represent the waves in increasingly comical and entertaining ways. Intersected with stunning images of the galaxy, the presentation is both humorous and factual with moments of genuine wonder. In particular, the demonstration with the water jug left more than a few people with their mouths open in disbelief.

One of Rayner’s strengths is her ability to feed off the energy of the audience and to ad-lib with hilarious results. One such moment was during the discussion of solar panels when she asked the audience who had them, and how big they were. When a man replied that his weren’t that big, the performer quickly reassured him that size wasn’t everything. Another highlight was the subtle, but effective, political commentary throughout and enough pop culture references to keep you engaged.

The performance ran for an hour and as we neared the end I began to reach my limit for processing new information. Confusion began to set in and suddenly it was as if Rayner started speaking another language. Given the majority of the audience’s physics knowledge is probably limited to episodes of the Big Bang Theory, I would suggest more puns and less Photons in the second half.

Knowledge or an interest in science is not a prerequisite to enjoying A Flying Photon. In fact, it could be argued that the less you know, the more you’ll be amazed. Rayner is skilled at taking complicated source material and translating it into something that is not only fascinating but funny.

I couldn’t help but think, had a teacher conveyed science in such a dynamic, comical and interesting way at school I would have spent more time listening and less time melting plastic pens over bunsen burners (don’t pretend like you never did it.) Very rarely have I had the opportunity to say I walked away from a comedy show smarter than when I walked in, but that’s the gift Rayner gives you.

For more information head to the Giant Dwarf website.