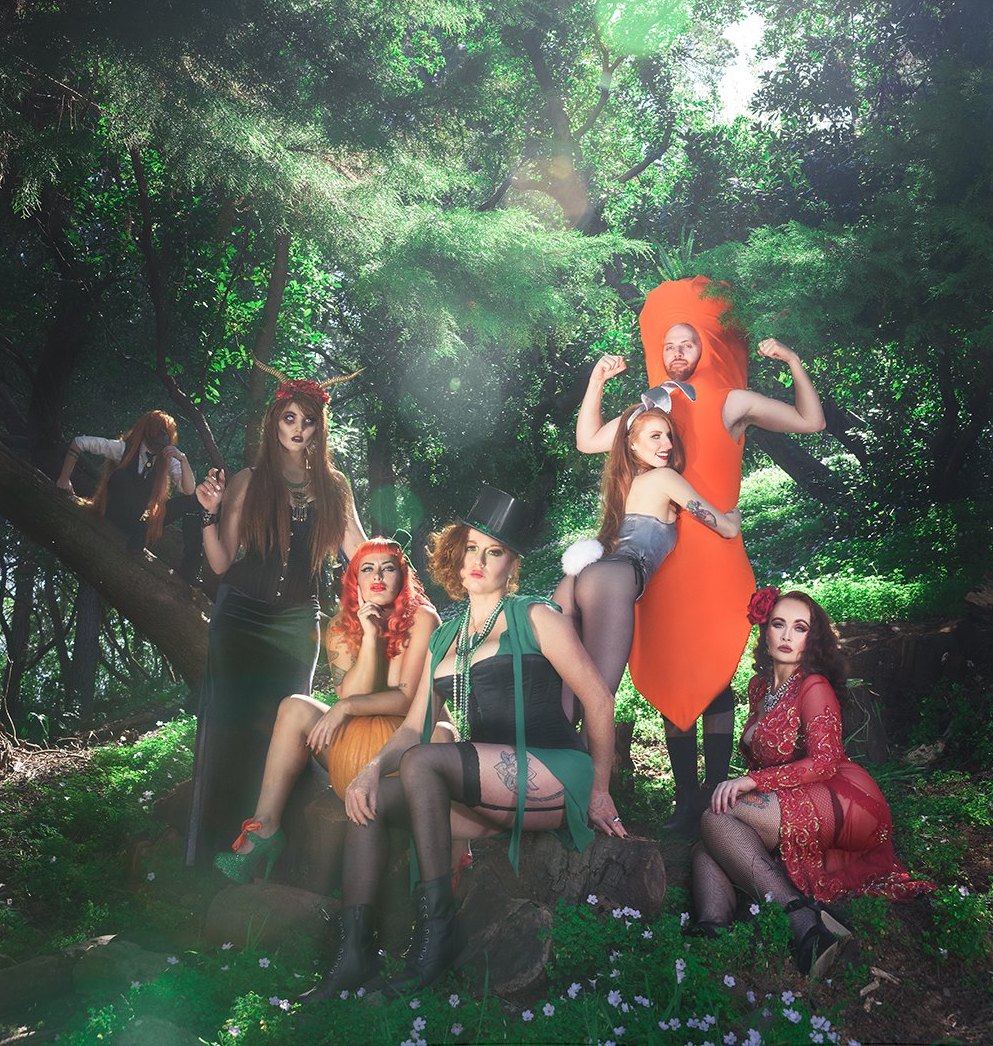 The Redhead Cabaret is a company of red-haired performers with a mission to share all the energy and pizzaz that this genetic disposition boasts. So reads the manifesto to this late night cabaret. As the sold out crowd fills the tent, a schoolteacher with a whip and a boy in a g-string stand on stage while a scantily clad performer hands around a tray of tampons.

We soon learn that Miss Lavender Pearl is to be addressed as “Mistress” and that this performance is definitely not PG rated. The set opens with “Summertime” and we then hear the story of how this show is all about reclaiming the Ranga.

Before you can say bananas, Blazin Baden is onstage in a gorilla suit and proceeds to do a warped striptease, followed closely by 2 girls and a redheaded guy dressed in an oversized carrot suit who manages to suggestively peel a large carrot and do odd things with a couple of bunches of baby carrots. Nobody said this was going to be a straight performance.

Following this is a ménage à trios scene involving a mannequin called John, some sexy leopard skin dressing gowns, red latex boots, and a giant phallus. The skits are short sharp and funny.

There is quite a variety of performances; Miss Ivy does a strip tease of a frilly red dress, Blazin Baden and Sirena del Rossa create a visually stunning choreographed fire dance, a slam poet confuses Karate chops with pork chops and Sirena has a sexy bath in a bowl.

By the end of the show, audience members have been splashed, whipped, and humiliated, but in the nicest possible way. The show culminates in a group sunscreen performance that has to be seen to be believed.

The Redhead Cabaret is a late night collection of entertaining and original skits that is a perfect way to finish a night out.

Final performances of The Redhead Cabaret on the 15th and 16th March. Tickets here