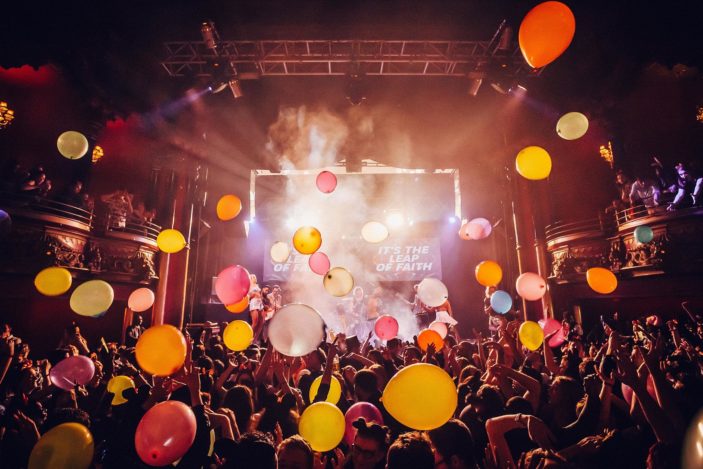 The Massaoke Oz open air sing-along dance spectacular is back at Moa in Gluttony for more Fringe fun. The five-piece band decked out in glitter and glam certainly warmed up the crowd with all the party tune favorites from the 70s, 80s and 90s.

A relaxation in COVID rules meant that you could dance, albeit in front of your chair and masked up, but the crowd were clearly pleased at being able to let their hair down all the same. The band did an incredible job of connecting and encouraging everyone to sing and dance along with the songs that defined an era.

The variety of songs on offer was as diverse as the Grease trilogy and Blink-182. There was no problem about forgetting the words, the screen behind the band had the words projected in large letters, so there really was no excuse for not joining in.

Clearly the groups of girls who came along to let their hair down were having the time of their lives. The enthusiasm from both the stage and the crowd was infectious. The energy never faded, song after song had someone reminiscing on the good times it reminded them of. There was such a variety that there really was something for everyone.

For a late night, feel-good dance party at the end of your Fringe outing, there is nothing better than to dance the blues away.

The reviewer attended the performance on 18th Feb