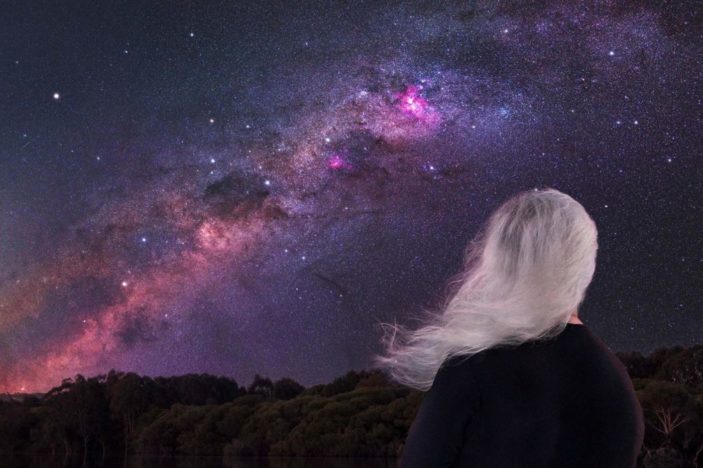 Perth Festival celebrates its 70th anniversary in 2023, and artistic director Iain Grandage looked to the stars when pulling together this program.

In his address at the program launch held at the Perth Concert Hall last week, Grandage talked about how the stars are central to, and connect, cultures around the globe; and how for Noongar custodians, there are multitudes of stories that connect the Djinda (stars) to Country.

Here are our top picks of what not to miss across the Festival’s program:

Following Grandage’s address, it comes as no surprise then that the opening event for the festival is an immersive multimedia show held at Lake Joondalup which tells the Noongar story of Djoondal – the spirit woman with the long white hair who created the milky way. Ancient and futuristic music accompanies lights, lasers and drones to celebrate the connection between children and elders – koolangka and deman.

Of course, the announcement that had Grandage truly excited was Björk: Cornucopia, a festival exclusive (NB: You don’t need us to tell you that will be a must see ticket). Music of the Spheres embodies the theme of the festival, combining the talents of Emma Donovan, Richard Mills, The West Australian Symphony Orchestra, Emma Matthews, Shanul Sharma, Samuel Dundas, and a choir of Angels and Demons, to explore the moment in history when scientific thinking shifted from a geocentric to a heliocentric model of the universe.

But the lineup of musical events will have fans of all types of music satisfied. Here are just some of our favourites: 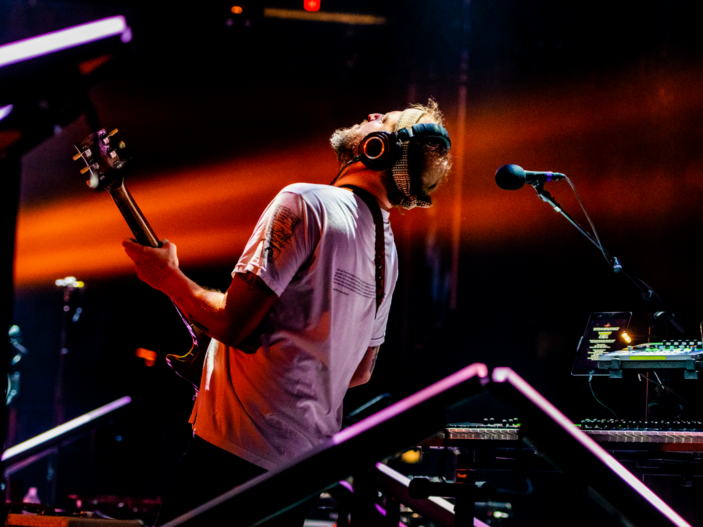 After ten years, Bon Iver will finally take to the stage again at Red Hill as part of their national tour. Bringing their distinctive style and vocals along with an immersive sound and lighting show, reviews across the USA have been calling it the show of the year. 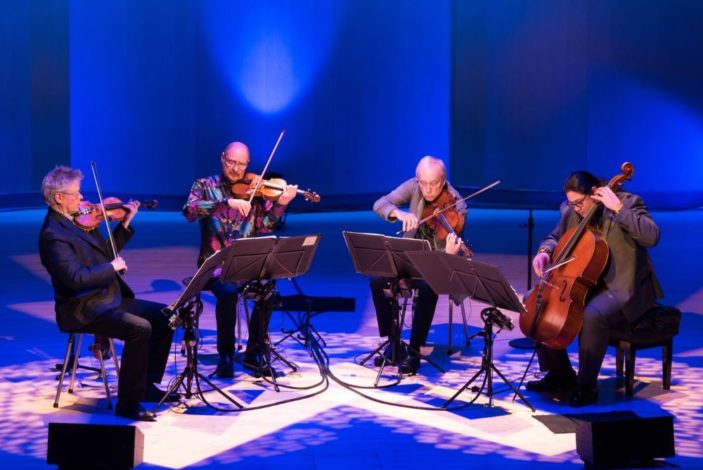 The international sensation returns to Perth this time in collaboration with Noongar composer Maatakitj (Dr Clint Bracknell). Joined onstage by ensembles from the University of Western Australia and the West Australian Academy of Performing Arts, San Francisco’s Kronos Quartet will share signature works from its vast repertoire including pieces from the landmark legacy project 50 for the Future. 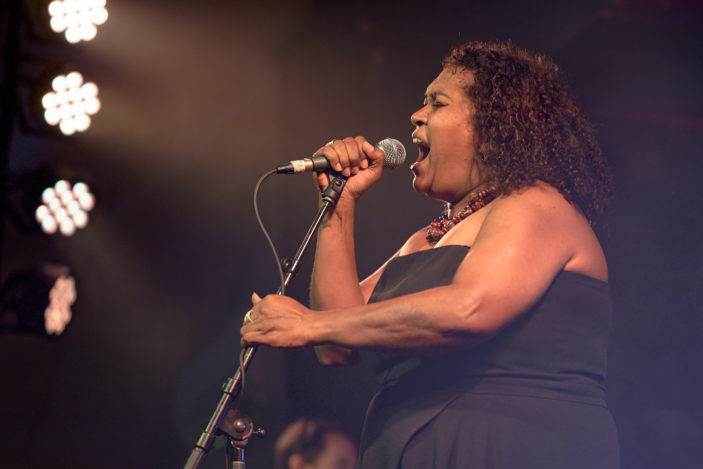 The Australian queen of soul teams up with Melbourne’s popular rhythm section for an electrifying performance. Fusing American soul with an Australian slant, this might just be one of Australia’s favourite collaborations.

As always the Perth Festival has a huge range of performance and theatre, far too many to list here. The launch saw considerable excitement for Virginia Gay’s Cyrano as well as Seven Sisters performed by the WA Youth Theatre Company and co-directed by Cezera Critti-Schnaars & James Berlyn. But the presentation of these three shows really had us sitting up in our seats. 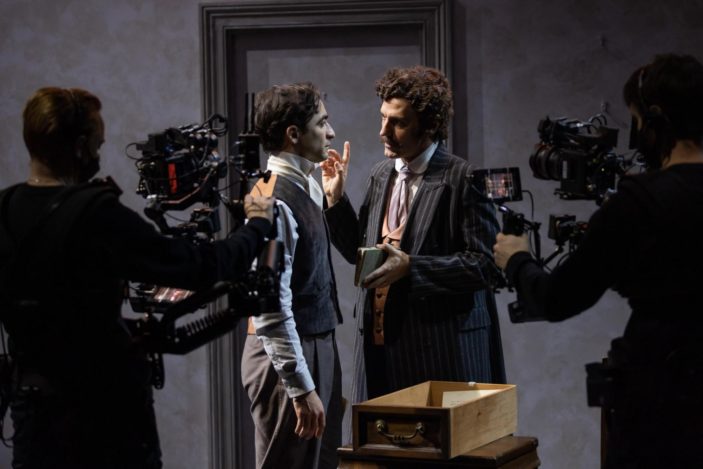 The Sydney Theatre Company‘s adaptation of the gothic classic utilises live video and cutting-edge theatrical and cinematic design to deliver a show unlike anything you’ve seen before. The story follows London lawyer Gabriel Utterson as he attempts to unravel the mysteries surrounding his friend Dr Henry Jekyll and the shadowy presence in his life – Mr Edward Hyde. 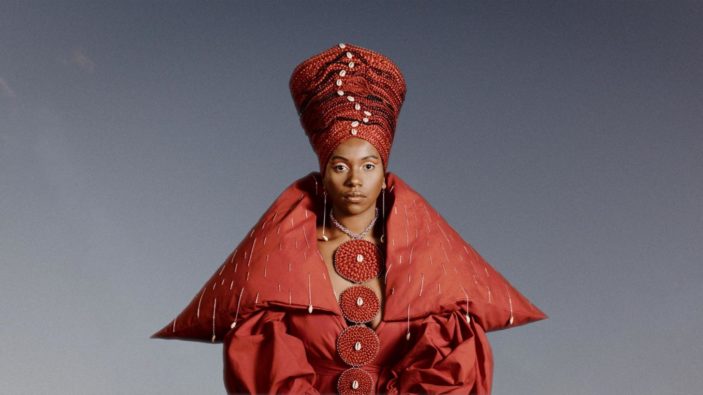 What would Africa look like in the year 3000 if The Berlin Conference of 1884-1885 had not divided it up amongst the European colonial nations?

This part dance, part lecture performance is an exuberant exploration of the possibilities, wild with energy and imagination. Bringing together music, movement, video and stunning costumes, this performance simultaneously travels to both the past and the future as it tells a feminist tale of dance as an act of resistance and women as the actors of the emancipation of society. 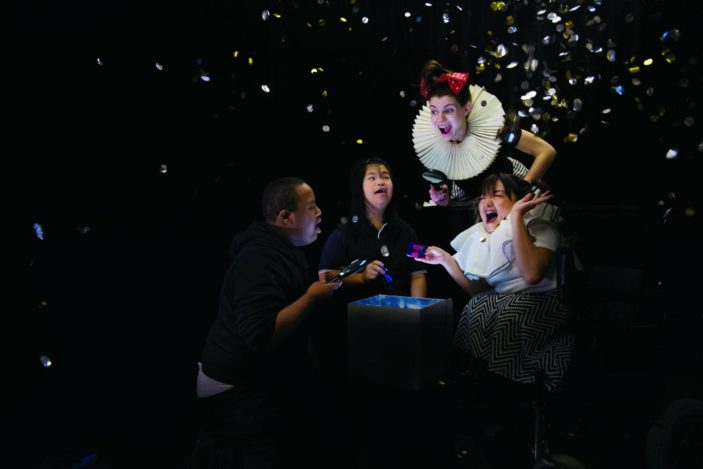 Specifically designed for young audiences with a disability and their friends, Sensorium Theatre‘s Wonderbox invites children to set out along a safe and exhilarating pathway into the unknown, using a giant puzzle box of illusions, kooky-carnival friends with magic in their pockets, and fantastical large-scale projections to guide the audience along.

While the Literature and Ideas Program won’t launch in full until January, there were a few early announcements for the writers and readers attending the festival. A Day of Ideas celebrates the sharpest minds and innovative thinkers living and working in WA, with speakers yet to be announced and the Writers Weekend will return to Fremantle Arts Centre. Here are some of the early release events you can already book into. 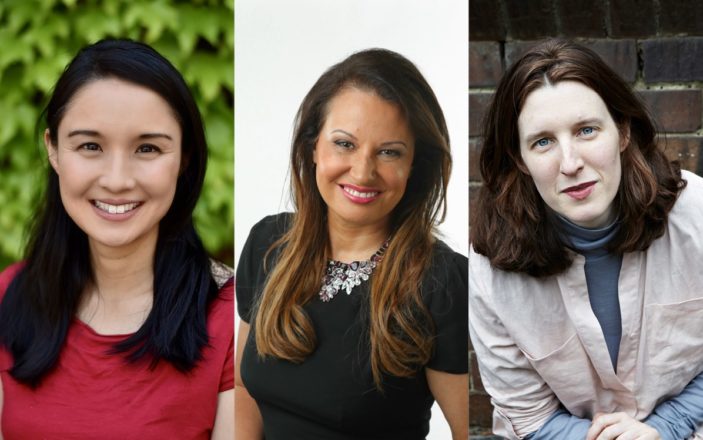 Acclaimed writers Larrisa Behrendt, Chloe Hooper and Alice Pung explore the depths of motherhood and what it means to write about complex, often dark and always poignent relationships between mothers and their children. 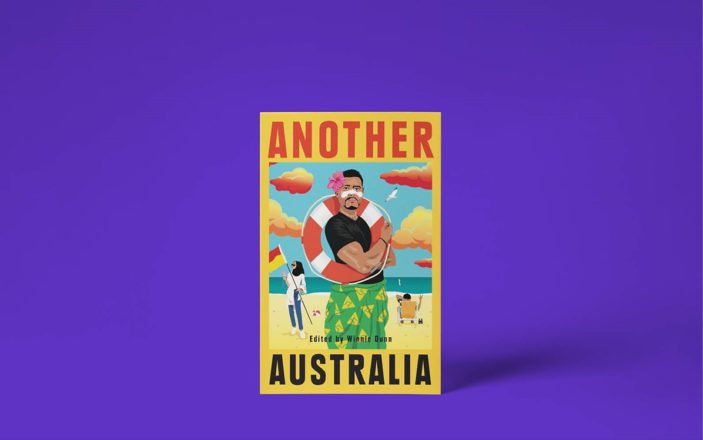 Editor Winnie Dunn and contributors Mohammed Massoud Morsi and Sisonke Msimang discuss writing, creativity and the joys of imagining a different world as it relates to the collection Another Australia, an anthology from 12 boundary-pushing Indigenous writers and writers of colour who show us all that is and could exist in their versions of Australia.

A huge variety of free exhibitions will make up part of the Perth Festival and they’re all set to be special. Beijing Realism brings together Chinese and Chinese-Australian artists Tami Xiang, Han Bin and Hu Xiangquian as they explore the way history plays itself out in everyday life.

Meanwhile, However Vast the Darkness celebrates the work of nine artists exploring repression amidst the cultural desolation of war-torn Afghanistan, the impact of Empire building on peoples of the Pacific from a First Nations perspective, and the strength, resilience and continuity of Aboriginal culture in Australia. But the festival is also featuring some slightly different exhibitions and experiences worth mentioning:

Michaela Gleave: Between Us 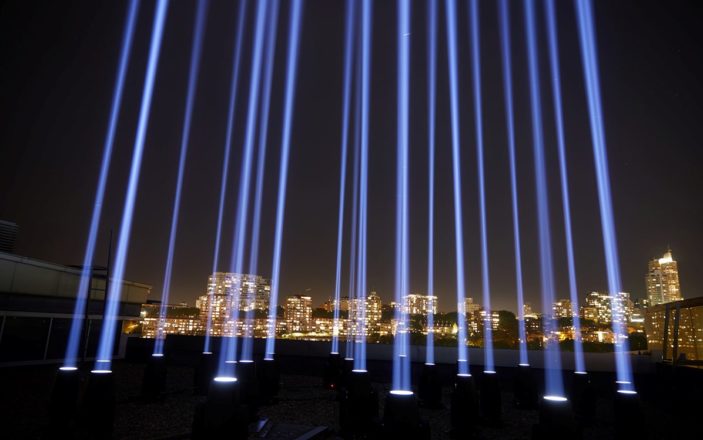 Artist Michaela Gleave invites you to contribute text that addresses the intimacy and complexity of the space between us. A dedicated web page collects the growing archive or responses, building over time to form a collaborated poem that will be translated into Morse code and beamed up into the sky over the four closing nights of the festival to continue its conversation across space, time, light and distance. 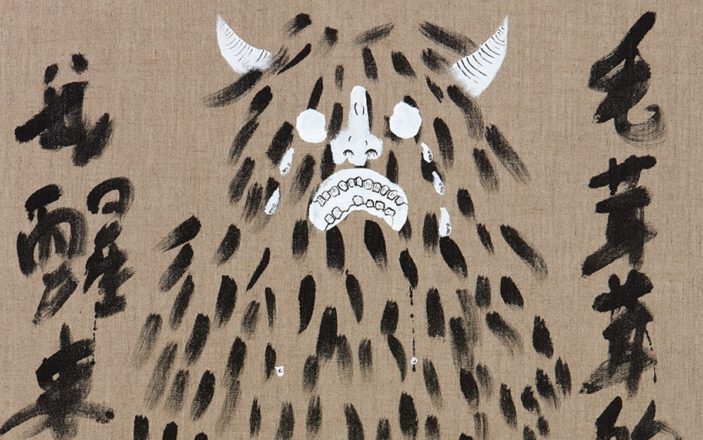 Watch Jason Phu as he brings his multi-disciplinary art to life in the open studio at the State Buildings. Phu works across drawing, installation, painting, performance and film, employing humour and poetry to examine ideas of identity and cultural dislocation.

Perth Festival 2023 runs from 10th February to 5th March 2023. For more information and to see the full program of events on offer visit the festival site HERE.

Tickets go on sale to the General Public this Thursday 3rd November.