TV Review: The Last of Us is the perfect video game adaptation 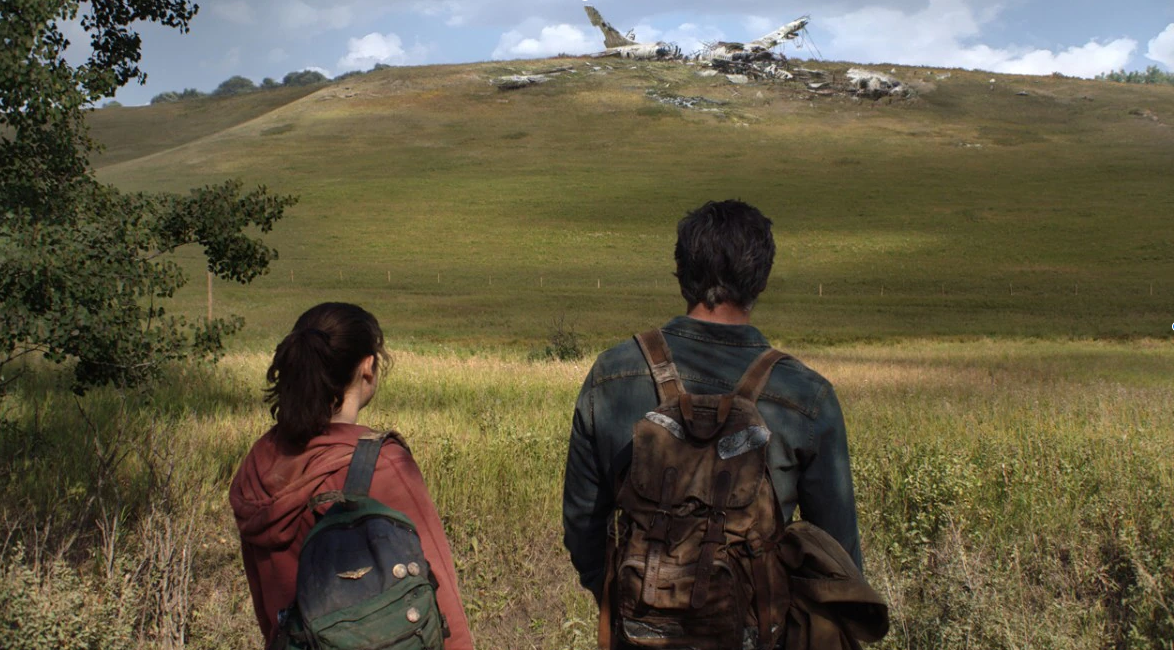 Translating a video game to screen is no easy feat. There have been so many examples of terrible franchises that companies try to cross over and while some work (Sonic, Detective Pikachu) more often than not they fail spectacularly (Resident Evil on Netflix, Monster Hunter, Silent Hill). What these adaptations fail to understand is an accurate portrayal of the characters and story that made the fans of the games fall in love with this world and the broad range of characters that live within.

Fortunately, HBO has ensured that The Last Of Us franchise is in the right hands with writer/director Craig Mazin who co-wrote with the game’s director Neil Druckmann. Together they have crafted a rare perfect video game translation to the small screen. They achieve this by fleshing out the characters’ stories and some near-perfect casting choices with Pedro Pascal as Joel and Anna Torv as Tess. The beauty of this story is that the infected are not the most dangerous things out there, the surviving humans are armed and ready to do whatever they can to survive. It’s a delicate balance that is perfected as the season progresses. The Last of Us continues the tradition of high-quality HBO productions and is one of the best zombie-inspired properties ever made.

After an opening that was not in the game, a haunting scene from 1968 with a scientist played by John Hannah, discussing the possibility of a virus taking over the world, this still feels a little too close to Covid to be comfortable, but distant enough to not mention any trigger words like “lockdown” or “vaccination”. The main story revolves around two main characters Joel (Pascal) a quiet and traditional father figure who is charged with smuggling young girl Ellie (Bella Ramsay) across the U.S.A through protected and infected areas. The pair must reach the Fireflies, a rogue group attempting to restore order after the fallout of the virus and the military have taken over. Facing the dangers of the infected (fast-moving zombies) clickers (blind zombies that can’t see but can hear every noise you make and are twice as deadly) and the dreaded bloaters (giant, gargantuan infected that are virtually unstoppable). 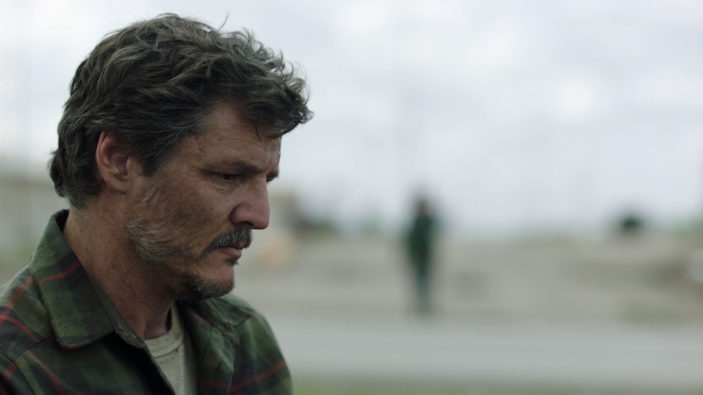 Each episode focuses on a side character who willingly or unwillingly attempts to help Joel and Ellie get further across the country to the Fireflies, while in the game these characters had fleeting moments and hints of a story, this show fleshes these out to fill an hour episode (some longer than others!) Anna Torv plays a regular character Tess, a hardened member of the Fireflies whose allegiance keeps wavering depending on her needs. Her relationship with Joel is fleshed out and clearly defined in this series and the evolution of her story arc is portrayed perfectly by Torv.

The standout of the series is episode three in which the main story arc halts and Bill (Nick Offerman) takes the lead to explore how the infestation has affected different types of people. This is the standout episode of the season and showcases some incredible range from Offerman. His chemistry with Frank (Murray Bartlett) and their attitude to the world before the pandemic and then post is a worthy exploration and is perfectly executed.

As Joel and Ellie move across the U.S.A, their relationship and that of both actors improve as well. Bella bears little resemblance in looks to her video game counterpart, instead, her attitude and portrayal of Ellie are spot on. Her fire and anger at the apocalyptic world she was born into are reflected in her decisions and how she feels about the world outside of the forced army she was raised in. Pascal is the perfect Joel, transitioning from army vet to hardened survivor that treats every relationship as transactional in an attempt to find his brother Tommy (Gabriel Luna), who he believes is somewhere in Wyoming. Bella and Pascal stay within the confines of their relationship and as they both allow it to evolve in a way that feels incredibly organic. Special mention needs to be made to Nico Parker who plays Joel’s daughter Sarah. While she doesn’t get a ton of screen time, she steals every scene she is in and provides a fantastic introduction to the story. 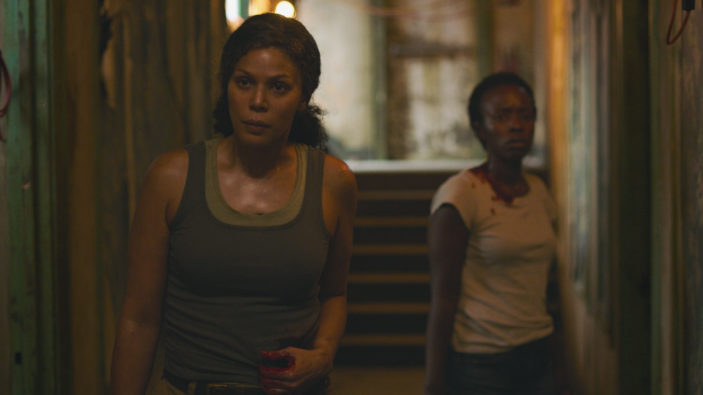 Fans of the game series will be familiar with the main story events that happen throughout the season’s nine episodes. Each of these events are taken straight from the game and given a cinematic boost to help it work on the small screen. In the opening scenes of the first episode, as Joel, Ellie and Tommy travel down the main street in their pickup truck as things are really starting to turn bad, this is fleshed out in the show by expanding upon this scene incorporating bigger explosions and mixing camera angles to fully understand the scale of what is happening. This is just one example of Mazin’s genius in bringing this world to life.

A big part of what makes this world work is the visuals. The setting from abandoned cities to farms to overrun schools is beautifully detailed. This is only complemented by the work from WETA who have helped bring the infected to life in a rich and detailed way. The fungal spores that are unique to each individual type of infected warrant repeat viewings and while some are blink and you miss them, the longer scenes with the Clickers and Bloaters are truly terrifying. 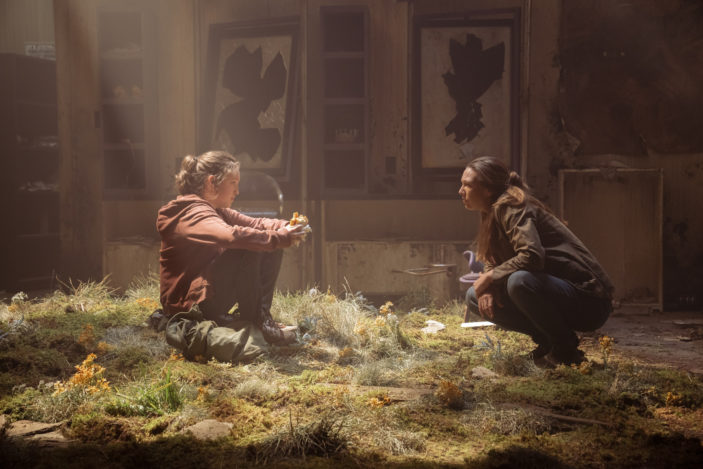 The Last of Us not only escapes the video game adaptation curse, it smashes any expectation of what a series based on a game can be. It is carefully crafted and meticulously moulded through the expert hand of Craig Mizin and Neil Druckmann who understand what works. This is complemented by the stellar cast led by Pedro Pascal and Bella Ramsey who help these characters come to life organically. Focusing on the characters rather than the monsters allows for this show to have its own identity rather than feeling like a reskin of The Walking Dead. The cinematic scope of the visuals and incredible creature effects from WETA help to make the world feel real and lived in. One thing is for sure, the next big TV addiction is here, and it is great.

The Last of Us premieres on Binge on January 16 with weekly episodes.