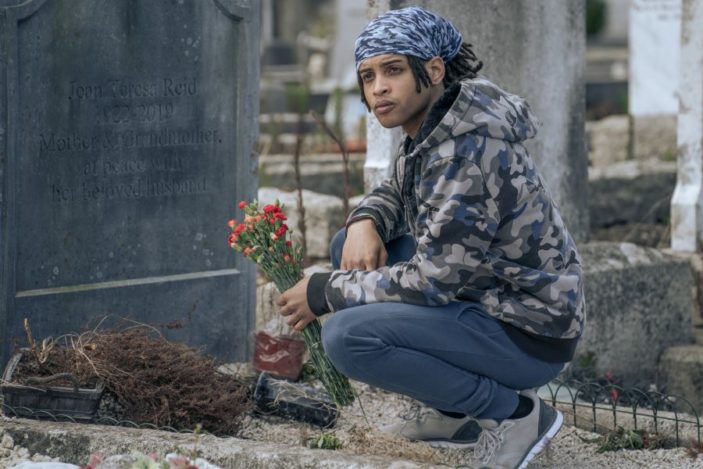 The British have always excelled at the cosy murder mystery – the sort you watch routinely on a weeknight with a cup of tea – but this time its Ireland that’s produced a stellar addition to the genre. Giving off strong Rosemary & Thyme vibes, the Acorn TV original Harry Wild stars Jane Seymour as Harriet ‘Harry’ Wild, a retired university professor who begins not-so-reluctantly solving local murders around Dublin.

Harry Wild is delightfully wholesome, the sort of murder mystery where people recover surprisingly quickly after seeing crime scenes and there’s always time for cheesy banter between the quirky cast of characters. Plenty of these conversations occur between Harry and her new friend, Fergus (Rohan Nedd), a young man she enlists as her side-kick after he mugs her in the first episode. There’s also her son, Charlie (Kevin Ryan), the perpetually disapproving police detective, who adds amusing family tension to the storyline.

By far the best part of the series is Harry herself, an unapologetic woman who has the sort of lifestyle we see many male characters leading in similar shows. Harry is strong-willed and confident, makes crude jokes, has never been married, enjoys steamy make-out sessions with younger men, and drinks whisky like an expert. She’s a refreshingly modern departure from a long list of mature female sleuths.

Harry Wild is almost episodic, with each instalment featuring a new mystery for Harry to solve. The plots are imaginative enough, yet the show suffers from frequent expositional conversations between the villains and Harry, where you wonder why they’re telling her everything halfway through an episode. There are also conversations between Harry and her accomplices where she spells out the mystery so clearly that it becomes long-winded and unnecessary.

The show has quite a romanticised outlook, with scenes occurring in pretty, sunny parts of Dublin and Harry’s local hangout, a cosy pub called ‘The Hairy Goose’. A few of the plot points are rather squeaky clean as well, like when Harry, her granddaughter Lola (Rose O’Neill), and Fergus go undercover to a posh boarding school. The scene includes a clichéd clothes shopping montage and the trio arriving in an over-the-top limousine. Rather than making the whole show more light-hearted, cheesy moments like this clash with the darker plotlines. To do this well there needs to be a delicate balance between darkness and fluff, and this hasn’t been achieved consistently.

Another problem is that Harry’s life is extremely comfortable and middle-class. We often see her lounging with a glass of wine in her richly furnished house and buying expensive items without question. However, this rose-tinted viewpoint suits the genre and makes everything feel safe and comfortable – even when bloody murders are occurring. Also, the privileged perspective is mitigated by the inclusion of Fergus, whose family is working class and live in a more relatable part of the city.

Although there’s some exposition and a reasonably slow pace, Harry Wild is bolstered by Jane Seymour’s entertaining performance as Harry and the character’s refreshingly modern qualities. The show succeeds as a pleasant, light-hearted murder mystery series, providing the kind of comforting escapism we need right now.

The first two episodes of Harry Wild will be available on Acorn TV from April 4, with two more episodes of the eight-part series being released each Monday.