The fall, resilience and resurgence of the 2020 Box Office

What a year 2020 has been – and we’re only 7 months down! With COVID-19 (still) wreaking havoc on an unsuspecting and, let’s face it, unprepared world, reportings of weekend movie grosses hardly feels necessary.  And yet, as the entertainment industry remains one of COVID’s biggest casualties, it’s difficult not to find importance in the fact that one of our safest forms of escapism is constantly threatened.

When there’s headlines from around the globe as to how each country is (or isn’t) handling the coronavirus, you can almost guarantee that at some point there’ll be a mention of a film’s release or current production among the “breaking” stories; you don’t even have to be diving-deep to know that Christopher Nolan’s ambitious sci-fi actioner Tenet has had its release date shifted on multiple occasions – at this stage it’s intention is to roll-out internationally around August 26th first, before available US cinema locations follow suit in September.

And as incredibly frustrating as it is for anticipated films to be constantly pushed back (I won’t get started on how international audiences are basically being held at ransom by the US schedule) it’s a necessary action.  We love the movies, yes, but we also want to see them succeed.  Which brings me back to the importance of the box office or, at least, the importance it seems to hold to movie fanatics; hands up, who has audibly described their disappointment at the underperformance of a film?

Deep down it’s ridiculous that we have this movie-studio thought process when reading about what films did and didn’t rake in over their opening weekend, as if we have some personal claim in making the films themselves.  But perhaps because that joy of knowing how a film has performed – which can often dictate a person’s individual taste or determine if we will or won’t get the sequel – has been effectively taken away from us for the better period of 3 months, it feels more important now to note that, whilst numbers aren’t billowing in the multi-millions, films are still performing as adequately as possible, driving home the fact that people will still make the time to watch films outside the comforts of their home.

When 2020 began, the flop status of Robert Downey Jr.’s ambitious Dolittle, the “underperformance” of Birds of Prey (and the Fantabulous Emancipation of One Harley Quinn), and the surprisingly positive reception to Bad Boys For Life were the box office stories that drove many a conversation relating to, respectively, whether there are still actors that are enough of a “name” to open a film, the toxic fandom pertaining to female-driven productions, and to never underestimate the demand for a threequel if it leans enough into nostalgia.  Now, thanks to COVID-19, these films currently rank within the Top 5 of 2020’s highest grossing films, both domestically within the US and internationally; and with over $400 million gross, Bad Boys For Life is unlikely to be budged from the prime position. 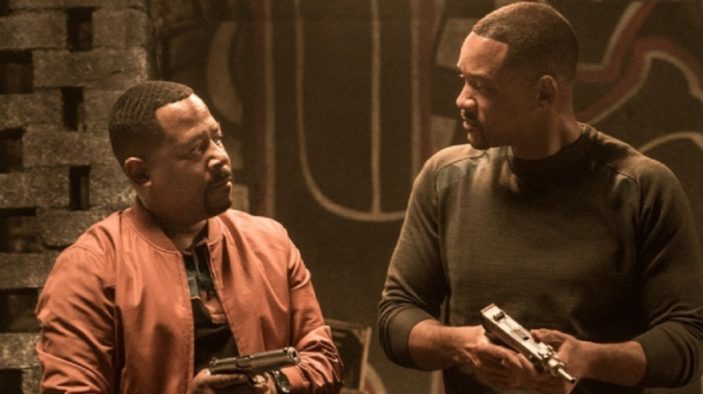 Given that these films were making respectable bank prior to the heavy restrictions, the enjoyment of cinema-going was still very much an activity the general public indulged in.  Streaming services such as Netflix and Amazon Prime can release all the original content they wish, and people can wax lyrical on the ease of subscription payments over the theatre experience, but the escapism mentality of a cinema, not to mention the fact that certain productions feel more tailor made for an extended screen, is one we will consistently return to.  And that has never been more true than during a global pandemic!

Traditional cinemas may have temporarily closed down – though here in Australia we’re more fortunate that they have re-opened, albeit under distancing restrictions – but the alternative of indulging in home entertainment wasn’t exactly the solution.  Sure, in the initial stages it was, and the decision for such planned cinema releases as Trolls World Tour, The King of Staten Island, and Scoob to transfer to Video-On-Demand formats has proven a relative success (in the case of Trolls World Tour though, its still planning an Australian theatrical release in September), the ease of streaming such films into people’s living rooms (at a high retail price, mind you) didn’t exactly change the landscape of cinema the way people expected it to; industry insiders believe that as much as Universal Studios hyped the streaming method and its “opening weekend” success of Trolls…, the studio won’t see too much of a profit from the overall figures.

As much as there was that ease though, on the same weekend it was available in people’s home, it grossed an estimated $60,000 from 25 drive-in locations across the US.  Not blockbuster coin by any means, but given the circumstances, it was a beacon of light to distributors to learn that audiences still crave the atmosphere outside of their living room; at the writing of this article, Trolls World Tour has grossed an estimated $11 million globally from its limited cinema engagements.  And with that, limited cinema locations and, specifically, drive-ins have become the unlikely saviour of 2020 cinema.

No longer a kitsch novelty but genuinely an outlet for films to thrive in an environment stifling their audience reach, the drive-in model has kept theatre-loving audiences in check, as well as providing smaller films the chance to truly be seen on weekends where, you imagine, in a non-COVID affected world they would have been lost in the shuffle.  There’s some kind of beautiful irony in that its the big, multi-million dollar blockbusters that have suffered the most during this time, whereas the indie films have found their niche and have run with it to relative profitability.

Perhaps the best example of a film that’s flourished within the climate is The Wretched, a low-budget, 1980’s mentality horror film that, despite being released on demand, opened across 12 theatres (drive-ins predominantly) in May and topped the weekend with nearly $66,000; it also opened in Australian theatres in July, a theatrical engagement it may not have otherwise been afforded had COVID not struck.

Whilst the film’s total gross is hardly the type of numbers to compare within the blockbuster market, it can boast that it topped the box office for 6 consecutive weekends (the first since Avatar in 2009).  In addition to the smaller films making their presence felt (fellow horror effort Relic similarly found love at the available theatres despite its streaming availability), the 2020 box office has allowed the resurgence of older titles to return to the spots they held years, in some cases even decades, prior.  Only in a year like 2020 where the world has experienced tragedy and lunacy in equal measure (almost, at times, comically so) would 1980’s The Empire Strikes Back, a film undoubtedly owned or streamed by the millions, top the box office.

Arguments relating to audiences being deprived of content can honestly fall on deaf ears at this point, because, yes, as much as we’d love a Tenet or a Black Widow, a Mulan, a Wonder Woman 84, hell, even a New Mutants, the theatres are doing their best with what they have on offer, and the success of these smaller films prove that all you have to do is look a little harder and you’ll uncover the new material you so desperately seek.  And, if people are throwing their money behind films that are old enough to have already earned their success (2008’s Iron Man and the 2017 live-action remake of Beauty and the Beast similarly performed strongly over the last few weeks), cinemas are clearly a destination that will always win out.

We may be experiencing a “new era” of cinema consumption, but the comfort and familiarity of a multiplex clearly isn’t going to be undone by the convenience of in-home entertainment.