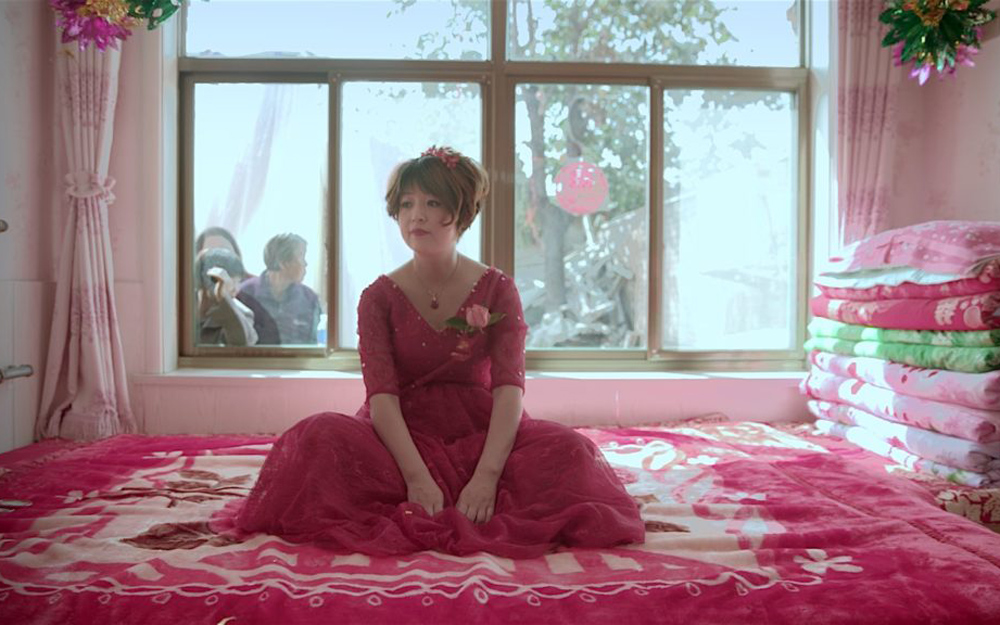 Love and marriage go together like a horse and carriage. But what do you do if you’re a single woman who is over a certain age living in China? The documentary, Leftover Women, is an illuminating look at three individuals who grapple with various stigmas and expectations, in a society where women are encouraged to marry and procreate young.

This film is directed by Israeli filmmakers, Shosh Shlam and Hilla Medalia. They previously made a documentary about internet addicts from this same region. For Leftover Women, they train their cameras on three single girls who are all older than 25. These females are referred to by the derogatory name, “Leftover women,” just as their sisters in the West are often called spinsters.

The three chosen subjects are all very different but charming in their own unique ways. There is the 34-year-old, Qui Hua Mei, a lawyer who grew up in a small, rural village. She is fiercely independent and wants a husband who will treat her as an equal, rather than dominate her. Qui stars in some rather cruel scenes. One is with a brutal matchmaker who tells her she isn’t pretty enough and should lower her standards. In other ones, she receives her family’s wrath when she returns home to visit. They are ashamed that she is still single, even though she is very successful when it comes to her education and career.

Twenty-eight year old radio host, Xu Min also has high standards. But she has found that her parents – especially her mother – have disapproved of every boyfriend she has brought home. This mother and daughter have a rather fractious relationship. This storminess comes to a head when Xu calls her mother out about this.

The last subject, Gai Qi actually shocks everyone by having a whirlwind romance and engagement. She is a university professor and she falls pregnant to a younger man from a lower social class. While the latter two points are seen as big no-no’s in Chinese culture, the pair seem happy when they appear in their scenes.

This film navigates through some murky waters about the stigmas and social pressures that women must negotiate in finding Mr Right. In China, the country’s one-child policy has meant that there are millions more men than women. It is thus in the government’s best interest to encourage all women to marry and to do so whilst they’re still young. There isn’t a great deal of extra context offered by the filmmakers beyond this fact. This is a shame because some extra information could have made this a more rounded and informative documentary.

Leftover Women is an intriguing and personal documentary that will appeal to audiences living in their own patriarchies. If this film is anything to go by, it seems that Bridget Jones really is a universal character. It’s also interesting to have your eyes opened up to how other cultures deal with love and marriage. This documentary should offer comfort to single people who are trying to find and define love on their own terms (society not included).

THREE AND A HALF STARS (OUT OF FIVE).