SXSW Film Review: Swan Song is a reminder to the queer trailblazers of where they have been and how far the community has come 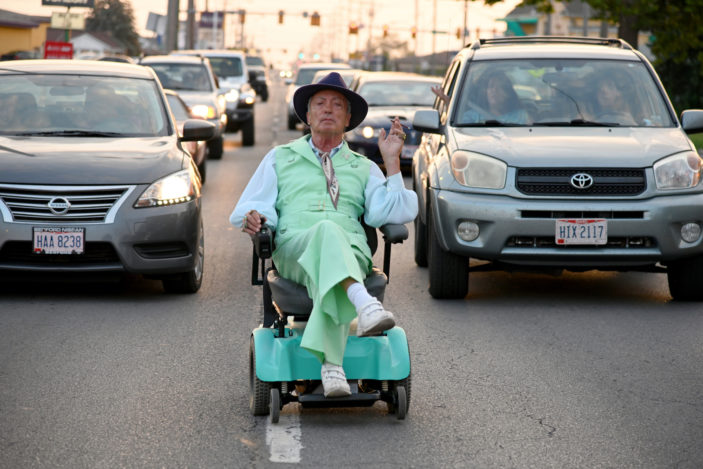 German character actor Udo Kier is so synonymous with villainy that his role in Swan Song appears all the more revelatory.  But given the actor’s own queer identification and penchant for theatrical performances, a character like his at the centre of Todd Stephens‘s gentle dramedy feels quite in tune with the actor’s aesthetic.

Based on a true Ohio-based hairdresser and drag performer, “Mister Pat” Pitsenbarger, Swan Song is a lovingly created ode to the bygone era of gay culture, when living your own truth before it was as socially acceptable gave you that much more ownership over your sexuality.  The general acceptance of being queer is far greater today that the pioneers of yesteryear feel like figures slowly being forgotten, and Swan Song is a reminder to the trailblazers of where they have been and how far the community has come.

Kier, with his piercing eyes, gentle vocal delivery, and flamboyant swagger, embodies Pitsenbarger perfectly, the character honing a sadness when we first meet him that his undeniable fabulousness won’t let him completely succumb to.  Whilst his days playing out in a nursing home don’t fill him with much confidence, he gets the jolt he desires to push forward when he’s informed that a former hairdressing client has passed away and her dying wish was to be styled by him for her funeral.  It’s morbid, but it fits in with the quirky mentality of the film.

What follows is a road trip of sorts – it’s more by foot – as Pat journeys across Ohio in his quest for the suitable beauty supplies needed in order to fulfil his task.  Former employees (Jennifer Coolidge adds some nice bite as a former friend), lovingly remembered customers, and reminiscing over the drag club that he built the foundation for are some of the standard, though still effective tropes that lace his journey, culminating in a beautiful union with the deceased’s son (Michael Urie) who further reminds Pat of the personal impact he had on his family’s life.

Whilst a little slow to start, Swan Song proves an absolute joy to behold, mainly due to the beautiful comfort there is in watching Kier completely own both his and his character’s queerness without a hint of vanity or self-consciousness.

Swan Song is screening as part of this year’s SXSW Film Festival, which is being presented virtually between March 16th and 20th, 2021.  For more information head to the official SXSW website.