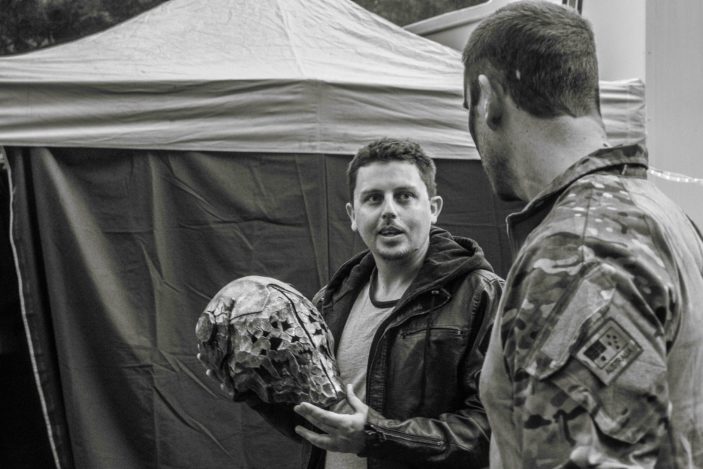 Sparke Films has secured the television rights to the “Axis of Time” trilogy, the best-selling novels by John Birmingham. The epic drama television series, tentatively titled Weapons of Choice after the first book in the series, is in late development with offers out to first-choice cast. Weapons of Choice will explore the far-reaching effects of time, war, and the human condition.

Written by Luke Sparke (the Occupation franchise), Weapons of Choice is a historical sci-fi military-techno epic drama, based on Birmingham’s best-selling “Axis of Time” trilogy, comprised of “Weapons of Choice”, “Designated Targets” and “Final Impact”.

As talent is approached and locations are scouted, Birmingham enthused: “I am stoked to see Luke and his crew turn this favourite, much loved story into something new and madly exciting. His Occupation films are enormous fun and his plans to blast “Weapons of Choice” onto the screen promise even more. More fun, more action, more head-spinning concepts and adventures. I’ve always had a movie of this series running somewhere in my head and reading his script, seeing the artwork, it was like it suddenly exploded all around me.”

The pilot is a collaboration between executive producer and showrunner Sparke and co-writer Jay Thames. Carly Imrie and Carmel Imrie will produce, alongside Trimax Media’s Alan Glazier (The Bank Job, Get Smart) and Zachary Garred (Occupation Rainfall).

The “Axis of Time” trilogy deals with the radical rip in the fabric of time when a technologically advanced naval task force from the near future is accidentally transported back through time to 1942, landing in the middle of WWII.

“When I read John’s “Weapons of Choice” on its release back in 2004, I knew immediately it would make an amazing TV series. That book and the subsequent trilogy became my “Catcher in the Rye”. When I reached out to John with my ideas, I got to work developing the first season. Five years later, we have a series that is extremely relevant and timely with everything going on in the world. There’s never been a better time to look back on our history and see how far we have come, let alone throwing our current culture 80 years back in time and see the two worlds collide. This series is very dear to my heart and will be developed for the screen with loving care,” Sparke said in a statement as he courts interest from multiple networks, streamers and sales agents.