Images for the upcoming Australian film Palm Beach directed by Rachel Ward (The Thorn Birds) have been revealed, with the project currently shooting on Sydney’s northern beaches. 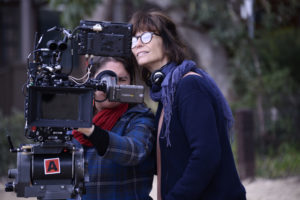 Palm Beach is a drama-comedy based around a group of lifelong friends reuniting to celebrate a special birthday, with Palm Beach acting as a gorgeous backdrop for the dramatic events about to unfold. Filled with laughter, food, wine and music, the night is off to a great start, but it’s only a matter of time before all secrets are revealed. 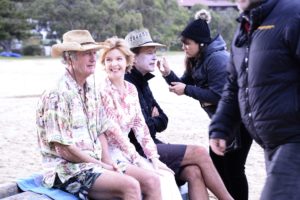 Written by Joanna Murray-Smith and Rachel Ward, Palm Beach will also be produced by Bryan Brown for New Town Films and Deb Balderstone for Soapbox Industries.

Palm Beach will release in Australian cinemas sometime in 2019.