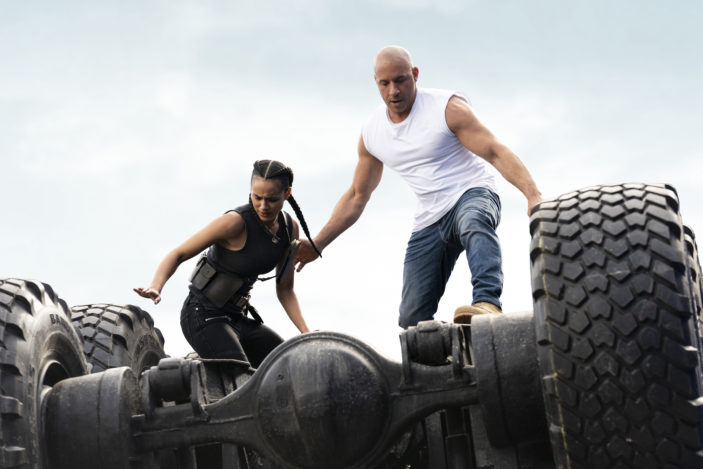 Celebrating its 20th anniversary in 2021, the Fast & Furious series has defied all expectation and grown to exponential heights as Vin Diesel and his motley crew have graduated from street racing to international espionage.

The latest trailer for Fast & Furious 9 only adds to the franchise’s penchant for athletic lunacy as Diesel’s Dominic Toretto has his peaceful, off-the-grid lifestyle upended by the arrival of his forsaken brother, Jakob (franchise newcomer John Cena).

What follows appears to be elevated race sequences – yep, that’s Ludacris and Tyrese Gibson inching towards space – a steering wheel-happy Helen Mirren, a villainous Charlize Theron, and the inexplicable return of the formerly fallen Sung Kang.  It looks ridiculous, and we’re all here for it!