Film Review: Mirren and McKellen keep The Good Liar afloat in spite of its plot failures 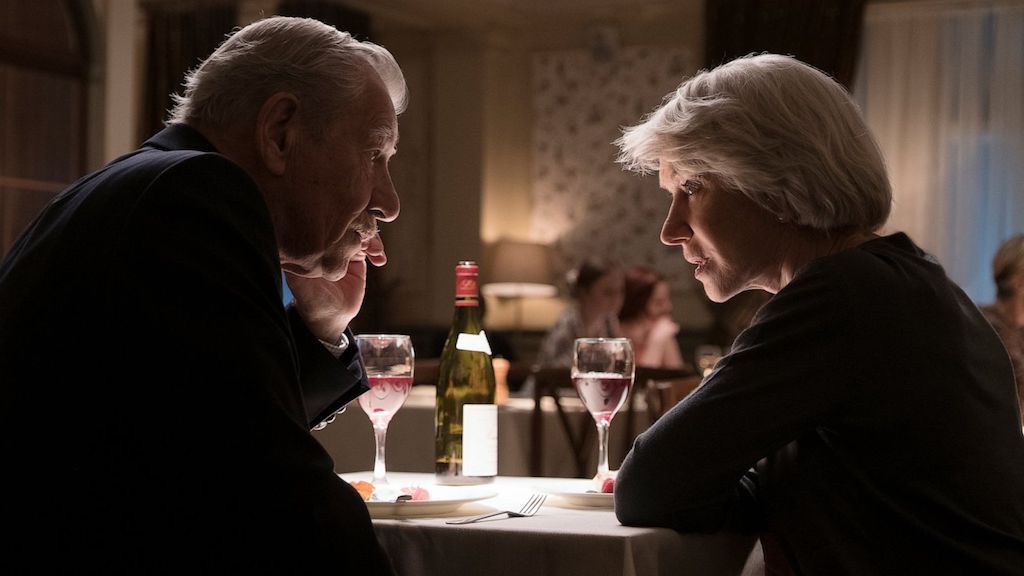 As legends of both the stage and screen, the idea of Helen Mirren and Ian McKellen combining their respective talents for a project is an enticing one, to say the least.  And whilst The Good Liar hands them roles that they each indulge in with an against-type glee, the film itself isn’t the first class affair they deserve.

Equal parts pulp and trash, Bill Condon‘s adaptation of Nicholas Searle‘s novel of the same name never quite settles on a tone, and so The Good Liar feels like a missed opportunity to be either really deft or completely doltish. Regardless of the eventual weight of the material, McKellen and Mirren rip into it with relish, particularly McKellen as Roy Courtnay, an ageing con-man who has made a habit for himself of stealing the life-savings of whoever he and his sleazy business partner (Jim Carter) set their sights on.

Roy’s latest victim is Betty McLeish (Mirren), a former Oxford professor living a rather modest lifestyle in a simple London lodging following the death of her husband.  She’s looking for a companion, and thanks to the wonders of on-line dating (the film sets itself in 2009, perhaps in a calculated move to avoid the trappings of the advanced technology that could disrupt certain plot aspects) she meets Roy. He’s all charm, and it isn’t long before he’s set himself up in her spare bedroom, something her suspicious grandson (Russell Tovey) isn’t all too keen on.

Believing Betty has a modest nest-egg, Roy’s investment in stringing Betty along reaches a fever pitch when her savings equal a cool $2 million.  He’s now in for the kill, but just as much as he believes he’s lured Betty into a false sense of security, Roy’s backstory comes undone, and it becomes more and more evident that all isn’t as it should be within the McLeish household.

Stories like this live and die on their narrative twist, and The Good Liar has a suitable doozy – even if you’ve pieced fragments of it together before it’s revealed. Condon knows how to keep his audience on their toes, and the film has a bit of fun with the knowledge that the viewer will be hooked on each minor disclosure, but his need to lay such a focus on the intricacies of Roy’s schemes leaves little room for other important plot strands, lending the film a disservice during its wild climax.

Plot failures aside, The Good Liar is constantly watchable, thanks to a lead duo who keep the film afloat with their dedication.  Much like the titular liar, this is a film that appears as shiny and extensive, but once the facade fades all its imperfections are unavoidable, and we have to make peace with the fact that the well-cast wrapping made the gift more appealing than it actually is.

The Good Liar is screening in Australian theatres now