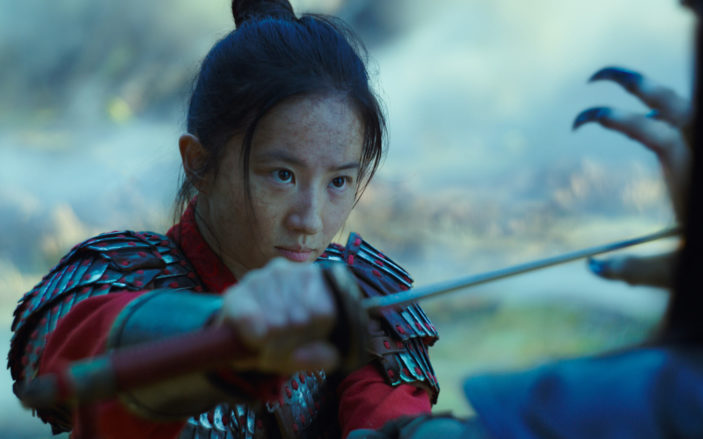 2020 is primed to be a big year for cinema, both in the realm of big-budget blockbusters and under-radar indies. Each month we’re going to be taking a look at five upcoming films that you need to see in cinemas, encouraging Aussies to get out and experience these stories on the big screen.

Whether you’re in the mood for a juicy drama, an uplifting true story, a delightful comedy, a terrifying horror, or some good old-fashioned Disney magic, March proves to be a veritable feast of potentially spectacular films. Here are five we think you should check out.

After their first date ends in an act of police brutality and an act of self-defence, Queen (Jodie Turner-Smith) and Slim (Daniel Kaluuya) find themselves on the run from the law and unwittingly become a symbol of the racially-charged pain felt all over America. Given Queen + Slim was released in the U.S. way back in November, it’s been a long and painful wait for Australians to see Melina Matsoukas spectacular feature directorial debut. But the wait proves to be absolutely worth it, with Matsoukas offering a strangely exhilarating and blisteringly powerful piece of cinema the world needs right now.

Inspired by the true story of the Military Wives Choirs, a network of 75 choirs in British military bases across the UK and overseas, Military Wives is the inspiring tale of a group of women who form a choir while their husbands are serving in Afghanistan and quickly find themselves at the centre of a media sensation and global movement. A feel-good crowd-pleaser led by the ever-reliable Kristin Scott Thomas, this one looks sure to have audiences cheering.

After John Krasinki’s sophomore directorial effort nabbed over $340 million worldwide and received stellar reviews, a sequel was all but assured. Just two years later, we’re served up A Quiet Place: Part II, which showcases life for the Abbott family after the deadly events by those pesky extraterrestrial creatures with an acute sense of hearing. Krasinski returns to write and direct, with original cast members Emily Blunt, Millicent Simmonds, and Noah Jupe also returning for more mayhem. Leave the popcorn at the candy bar. You won’t want to make a single sound inside the cinema once again.

After offering five live-action remakes in 2019 (okay, Maleficent: Mistress of Evil doesn’t quite count), Disney looks set to take somewhat of a breather this year with only one on the menu for 2020. Thankfully, it looks to be an absolute cracker, with Mulan seeking to present something more than just a lazy shot-for-shot remake like those we saw last year. Gone are the big musical numbers and the wise-cracking dragon sidekick. In their place, it looks like we could be instead given something entirely fresh, unique, and authentic, as we head back to ancient China to follow the adventures of Hua Mulan (Liu Yifei), the brave young woman who defies both tradition and the law by disguising herself as a man in order to enlist herself in the Imperial Army in place of her ailing father.

In the hands of Veep creator Armando Iannucci, Charles Dickens’ semi-autobiographical work David Copperfield is given new life as The Personal History of David Copperfield; a wickedly funny and endearingly touching film that’s one of the most enjoyable romps you’ll experience this year. Dev Patel leads an impeccable ensemble cast including Tilda Swinton, Hugh Laurie, Ben Whishaw, and Benedict Wong in a delightful tale that recaps the madcap life of an aspiring author. Incredibly warm, often hilarious, and all sorts of riotous fun, Iannucci proves there’s still boundless life to find in this classic novel.