Interview: Todd Lasance on crossing over from television to film, dream projects and attempting comedy 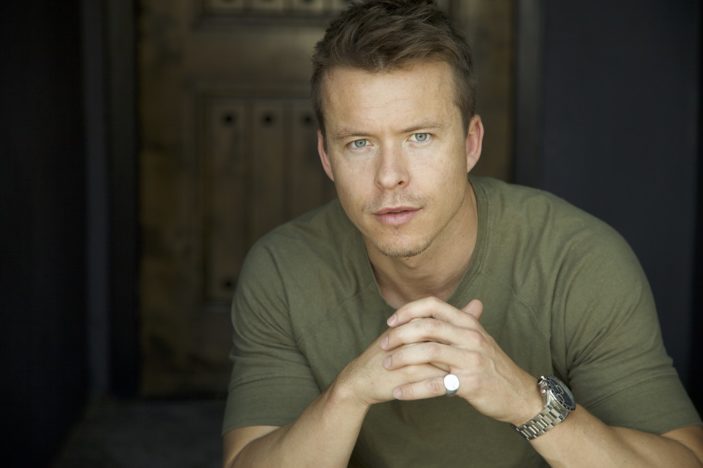 From the beaches of Home and Away to starring opposite Michael B. Jordan in Without Remorse, by way of the acclaimed sword-and-sandals epic series Spartacus, Australian actor Todd Lasance is another homegrown success story carving his own international career.

In the lead up to the Brisbane and Adelaide legs of the Supanova Comic Con & Gaming convention, Todd spoke with our Peter Gray about his career moves thus far, dream projects (and the ones that got away), and how he’s learning to love the freedom of the comedy genre.

How many Supanovas have you attended now?

I’ve really ramped them up in the last few years since I’ve been back in Australia.  I must have done about 6 or 8 of them.  I’ve smashed quite a few (since), like Melbourne, Sydney, Brisbane, Gold Coast… I love it, man.  It’s such a good chance to hang out with friends and meet new people in the industry.  And you see this whole other side of the fandom too.  Stuff that I’ve never seen people just go ballistic for.  It’s a whole other world.

Given that you have both a national and international profile, are you finding Supanova audiences recognise you from any specific project?

You definitely notice a bit more of a pattern.  Usually it’s Home and Away initially, and then maybe Spartacus after that, or even The Vampire Diaries.  Obviously in the US there’s zero Home and Away notice if you go to a convention.  It’s all Vampire Diaries and quite a bit of The Flash as well.  Home and Away is kind of built into everyone’s culture here (though).  Like, even if you didn’t watch the show, you’ve watched the show (laughs).

When you started in Home and Away, was film work and international projects something of a goal?

To be honest with you I’ve always dreamt big, and my goals and dreams aren’t even close to being (realised).  I’ve been so lucky to get to where I have and to be given those opportunities…just to have worked as consistently as I have.  There’s an element of luck that goes into that play though.  I think any actors who has made it to the big time will tell you there’s always luck involved.

I’ve always had dreams of getting into the film world, and I’ve been able to dabble in that which is amazing, but the problem is there’s very little film work until you get into the big leagues.  TV series have really lost their stigma too.  10 years ago, when I started, it was like “Oh, you’re in TV?”, and that crossover was such a huge leap.  As much as I have done there’s so much more I want to accomplish.  I’ve been getting into writing and producing, so the dream would be to pick and choose roles and have that consistency.

Is there a television series that you look at and think “That’s it! That’s what I want to do!” Something like True Detective, for example.

Mate, you nailed it! True Detective all day! I’m all different ends of the scale though, like as much as I’d love a True Detective, I look at something like Ted Lasso, or Sex Education…I’m getting into Succession now too.  And there’s this amazing Apple series called Loot.  But, hands down, my favourite series is Band of Brothers.  My dream scenario would be a show like that. 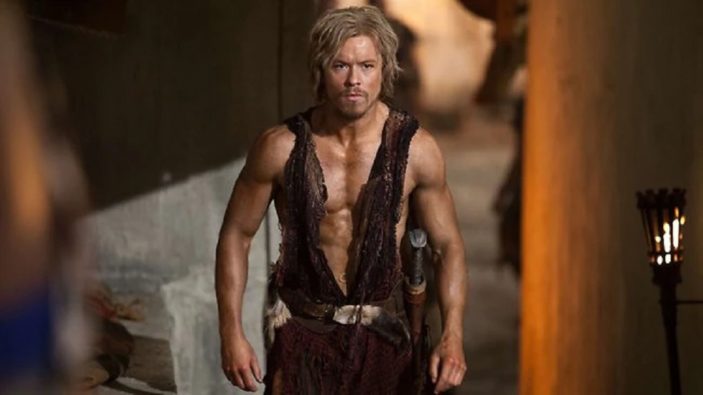 Is that interest in Band of Brothers what drew you to films like Without Remorse and Black Site?

Yeah, 100%.  I still remember getting the call for Without Remorse, and I had a feeling that would change my life.  In some degree it has, but there were elements of that film that were changed or cut, and therefore me being a smaller support player was lost.  In a big machine like that, you expect it, but just the experience of being in Germany and working with Michael B. Jordan…he’s such a master at being a leader and displaying work ethic.  And he’s such a lovely guy, too, so having that connecting was amazing.  And then the experience of all the SEAL training and working with the military advisors, which helped me to get to Black Site, which leads to other projects….I’m always in the mix now, because I have that background, which helps.

With the action genre comes that physicality.  Is there any added pressure in knowing that you may have to shred or bulk up to monstrous levels to maintain prominence?

Yeah, it’s funny, like if you’re at Chris’s level, and you get $25 million a film, you don’t mind working out for it…

(Laughs) Yeah, it’s like for that money I’ll do whatever you want.  I like to stay at what I call “Game ready”, so the type of fitness that could go either way.  Today, for example, I had two big auditions, and one was to play someone quite meek and downtrodden.  A bit self-conscious and didn’t take up a lot of space.  The other audition was more aggressive.  (The character) had a real presence about them and was quite physically threatening.  You can choose off those auditions, but I feel like I’m in a food place where if I need to shred or bulk up I can do it relatively quickly.

You want to stay screen ready, because bulking doesn’t always work for the screen.  It just makes you look bigger and thicker, whereas for the screen you have to have “screen muscles”…all that bullshit (laughs).  For Spartacus though? Holy shit, that was a monster regime that I would never repeat unless I was on a show like that (again).  You can’t maintain it.

Aside from the military subsect, is there another genre you want to tackle?

I’ve done a bit of comedy recently.  My wife and my friends told me I have to do more comedy, but I didn’t know if I was funny in real life.  And even if I’m funny to them, will that translate on screen? I feel self-conscious doing comedy.  Ironically, my next role for a film coming out is a comedy called Seriously Red, with Krew Boylan and Rose Byrne.  I’ve only got a few scenes.  I went for the lead, and it got down to the final two, but the right guy got it.  He’s amazing.  His name is Daniel Webber.  We did conventions (together).

And then I have another one coming out called True Spirit, which is coming to Netflix, about Jessica Watson, who circumnavigated the globe.  I play a bit of a comic relief-slash-asshole (laughs).  There’s a lot of freedom with comedy, and I love to do it.  Funnily enough, there was a huge Sony/Netflix film that was about the special forces.  It was like a Channing Tatum-type action/comedy.  I was up for that one, but missed out.  It was my dream, man, so I’m a bit bummed I missed it.

Todd Lasance will be appearing as a guest at this year’s Supanova Comic Con & Gaming convention in both Brisbane (November 5th and 6th, 2022) and Adelaide (November 12th and 13th, 2022).  For more information on each event, head to the official Supanova website.