Interview: The Many Saints of Newark director Alan Taylor on what he truly believes happened at the end of The Sopranos & auditioning James Gandolfini’s son 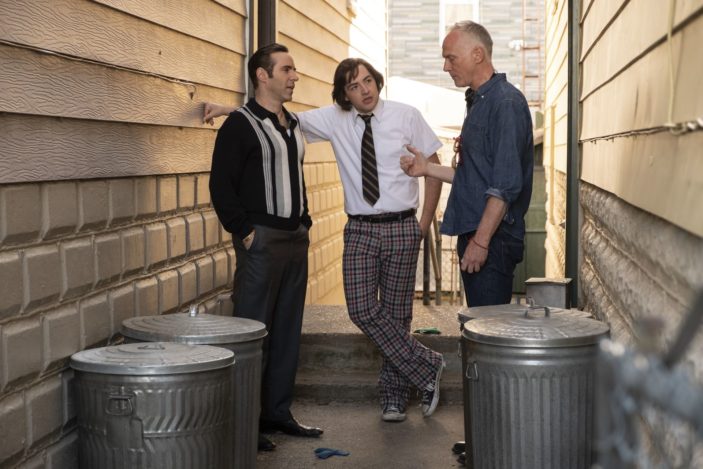 A writer and director known for his predominant television work, helming episodes for such lauded series as The Sopranos, Boardwalk Empire, and Game of Thrones, Alan Taylor is returning to the gangster-fuelled environment of David Chase’s Sopranos with The Many Saints of Newark, the anticipated prequel to the award-winning show.  Ahead of the film’s Australian release (you can read our review here), Taylor and our Peter Gray spoke on the intricacies of the narrative, how it was in navigating its topical edge, and what he truly thinks happened at the end of the show.

Given that it’s been 14 years since The Sopranos ended, how long has the discussion been regarding this film and your involvement as a director?

It’s funny, it has been such a long process.  I had parted ways with the show and moved on and I didn’t know anything about this project until David (Chase) called me and said there was a script.  He sent it to me and we met that week and had lunch, and a day later he offered it to me.  By the time I got involved he already had it set up at Warner Bros., he already had a script…so I was coming in late to the party in that sense, but there was still a lot of development period where we developed the script together and did all the casting.  But then at the other end, we were filming the movie, got interrupted by COVID, then finished the movie.  And because of COVID we kept pushing the release date, so it’s been a long stretch from way back in making the show and now this.

I think part of the show’s appeal was that it took a story we’re so used to seeing on the big screen, a period setting, and then David Chase made that contemporary, and this film is giving us the gangster narrative that the show was almost reacting against.  How was it to execute that balance?

What you said is brilliant, because that’s the way I always put it to people, because that’s how terrifying it was.  If you think about what David Chase did was take the classic gangster film off the big screen, make it contemporary, put it on the small screen…that was the foundation of The Sopranos.  (Here) we’re going backwards by putting it on the big screen, so the challenge becomes what really is Sopranos and how do you carry that tone, that transition.  I laid awake many nights trying to solve precisely that.  One of the reasons the show was such a breakthrough was that it was so cinematic.  You have to take that and make it more cinematic because it deserves to be seen on the big screen.  I think David feels very particularly about the movie we made being seen on the big screen, that’s how he feels it should be seen.

Part of the charm of The Sopranos was the tacky, American style, and we’re going back to a time where it’s a little classier.  Men are wearing nicely cut suits and women are wearing nice dresses.  I think it’s the time period that Tony Soprano romanticised. My favourite line of the show was when he said “I have a feeling I’ve come in at the end of something” which, aside from being about the mob, was about America and western civilisation.  I think the period he was referring to was the golden age of gangsterism, which is what we’re getting into in the movie.  On the one hand it’s very different, but it’s still carrying that spirit of Tony into that different world.

The story utilising the Newark riots as that parallel tension gives the film a topical edge.  How did you go about navigating that in the wake of the recent protests?

Man, you did some homework before this! This is exactly the kind of stuff that I kill myself over staring at the ceiling (laughs).  I thought it was great we were building the rebellion of 1967 into the movie.  We had a character effected by that, played by Leslie Odom, but it was already intimidating to try and do justice to that.  And then we shut down and the George Floyd chapter happened and the Black Lives movement rose up, and then we finished our movie and released it.  So it was very nerve-wracking to think “Have we got this right?”  I can say from my side I worked very hard to get this accurate.  There’s nothing that we portray in the looting scenes or the rebellion scenes that wasn’t grounded in visual research from the time.  And the character that Leslie plays is treated with a lot of respect for his power and intelligence.

We showed the film to some consultants afterwards, and we showed it to Leslie, and asked “What do you think?” and I think we did it correctly.  It’s partly because David takes this seriously and doesn’t flinch from it.  When there’s racism portrayed it does not feel good, it’s showing you the instances. 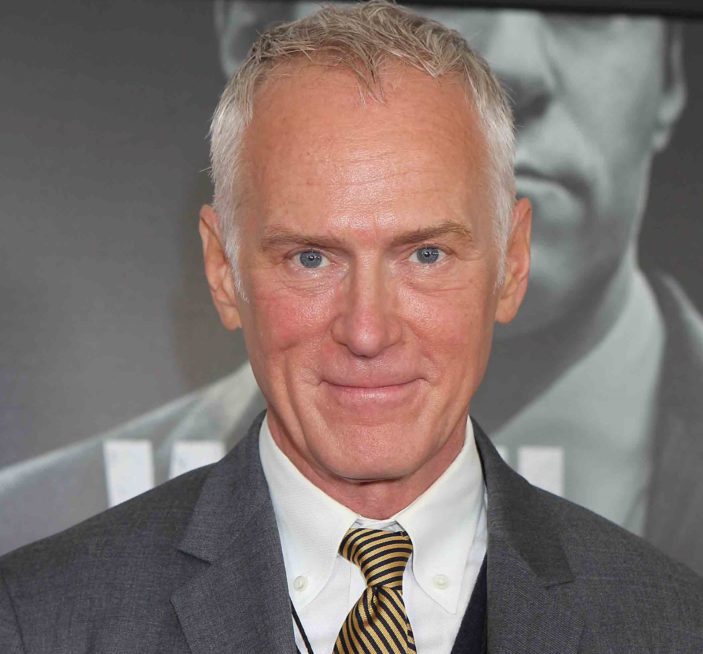 Casting is key with these films and Michael Gandolfini is such inspired casting, but I understand he had to go through the audition process, like this wasn’t just a given? How did those conversations go?

It’s funny that it wasn’t a given.  We were casting other people and we thought we should probably (entertain) this Michael idea.  It had to be an audition because we thought it wouldn’t be fair to anybody, including him, if we just shoved him into that situation.  It’s amazing what we’re asking of this guy.  The emotional journey of going back into his dad’s work and carrying it on.  It was in everybody’s best interest that we check it out ahead of time.  We auditioned him and he was great, and it just became clear that he was the right choice in so many other ways.  He embodied it.  And he wanted to do it, and if he wanted to then I imagine his dad would’ve wanted him to do it.  I can imagine the conversations that would have gone on if James Gandolfini was still here.  The fact that Michael wanted to take it on meant a lot.

This is a story I’ve told a few times where we had a kick-off dinner, and Michael stood up and it was the first time he was meeting everybody.  He said he wanted to thank everyone for having the chance to say hello to his dad again and to say goodbye to his dad again.  We were about to start shooting the next day and (we knew) it was so clearly the right thing to do.  And thank goodness he didn’t screw it up (laughs).

The ending of the original show caused quite the stir initially.  What’s your conclusion of how everything came to be?

I know exactly what happened there, but David won’t agree with me.  I can’t read that ending as any other way than Tony took a shot to the back of the head.  That’s the only way that scene makes sense to me.  There are so many signifiers that point to that direction, the main one being there’s only been one line in the history of The Sopranos that was said as dialogue and then repeated as voice-over, and that’s Bacala saying “I guess when the bullet’s got your name on it, you don’t hear it coming”, which I think was the line.  Given that’s what happened, but also David doesn’t want to commit to that, saying anything was possible in that room.  You couldn’t make a sequel to show because you’d have to answer that, so the only place you can go is (back).

On the subject of sequels, I’ve heard David Chase say he’d like a sequel to this film if possible.  Is that something you’ve heard or been involved in?

He was so cagey about that stuff.  I remember partway through shooting I had to stop him and say “Are you talking about a sequel?”, and he said “Maybe…” but that’s about as much as he’d give away.  I was surprised that more recently he’s saying more concrete things about that.  There’s certain people he’d like to work with.  I think there’s definitely another movie to be made there, partly because I think people thought this was going to be the young gangster years of Tony, and that’s not what this movie is.  There’s room for that movie to still exist.

The Many Saints of Newark is scheduled for an Australian cinema release on November 4th, 2021.