You’re probably more likely to recognise Ryan Potter’s voice first before recollecting the young actor for his film and television credits. Potter voiced the character of Hiro Hamada in Big Hero 6, both the film and the television series, as well as in a variety of Disney Infinity War games. But soon that’s all about to change, with the release of the DC Universe live action series Titans.

Potter stars as Garfield “Gar” Logan aka Beast Boy, a young man who has the ability to transform at will into any animal he chooses. The show focuses on the Teen Titans characters from the DC Comics universe, which has been given a dark, on occasion hyper-violent makeover. Something that is a categorical step away from the animated series we’ve seen with both Teen Titans and also Teen Titans Go!. We caught up with Ryan ahead of his first ever Australian pop culture convention visit for Supanova Comic Con & Gaming Adelaide and Brisbane shows.

For many actors, getting “the call” that they’ve been cast to play a role is a cause for celebration. The acting life is one of highs and lows, of having an income and being out of work. Potter was born in the United States but grew up in Tokyo until when he was seven and he returned to the US. For Potter, the Teen Titans were pivotal in helping him adjust to returning to life in the United States after growing up in Japan. Citing that the look of the television animation reminded him of Japanese manga.  So getting told he would be playing the role of Beast Boy was both a surprise but also a bit of a whirlwind as he got thrown into production almost immediately.

“You know what’s funny? There wasn’t a moment like of like, “Oh, I was sitting down and got this message. And I got to celebrate.” I did my initial audition over Skype and then I came back to Los Angeles as I was currently in Japan. I came back to Los Angeles and I tested for the project. I kind of left there thinking like, “Okay, that went all right. We’ll see.” I don’t want to dwell too much on auditions because it’ll tend to ruin an actor’s mood if they get too invested. I think I was leaving my house. I was in my driveway and I got the text that, “Hey, you’re going to head to costuming on this day for a fitting.” I never got that message of, “Congrats. You got the role. We look forward to working with you.” Blah, blah, blah. That’s usually what you get. And it wasn’t that. I just got, “All right, this the address of the costuming. Fittings start on this day.” It was like, “All right, straight to work.” No time to take a moment, we’re getting right into it.” 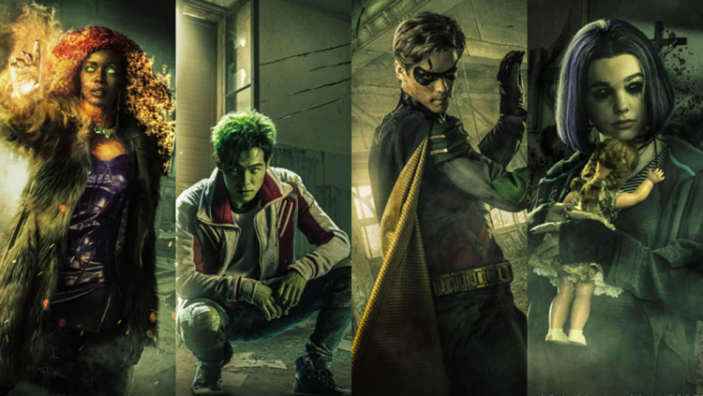 Titans takes the characters and drops them into a tonally much darker, and more hyper-violent setting. If you’ve seen the trailer for the show, you’re probably familiar with Dick Grayson aka Robin’s (played by Australian Brenton Thwaites) infamous “F*ck Batman” line. The show’s first season narrative focuses on the character of Rachel Roth aka Raven (another Aussie in Teagan Croft) trying to understand the source of her demonic power. It also sets up the origins for both Kory Anders aka Starfire (Anna Diop) and Gar Logan aka Beast Boy. Then of course weaving each of our individual stories so that they come together to form their own team. With the show centering so much on the dark back stories of both Robin and Raven, it falls to Beast Boy to bring a little light-hearted fun and levity.

“A lot of the scenes I had read with Beast Boy, I could very quickly tell that he was supposed to help the pacing of the show. We weren’t just in this kind of dark mood the entire time. And every time I read a scene with Beast Boy in it, it involved humor. It involved conversations about, not about questioning morality, but about maintaining morals and maintaining this moral compass in such a dark world. Showing up to work every day allowed me to kind of just show up and have fun and be an absolute pain in the ass to my coworkers and try and make them all laugh because they’re not supposed to be laughing. It was nice not having to play the same tone that everybody else was. There are a few episodes in which it gets quite dark for Beast Boy, but even in those moments of darkness, his ability to quickly bring levity to the situation through his humor or kind of through his optimistic views, it made working on the project a lot more fun. I’m very glad that they didn’t go darker with the character, because then it would have been like, okay, kid that can change into animals but he’s also very emo. He’s very serious. We know that the character is not serious by any means. It was reassuring to see that that was kind of true to his actual nature.” 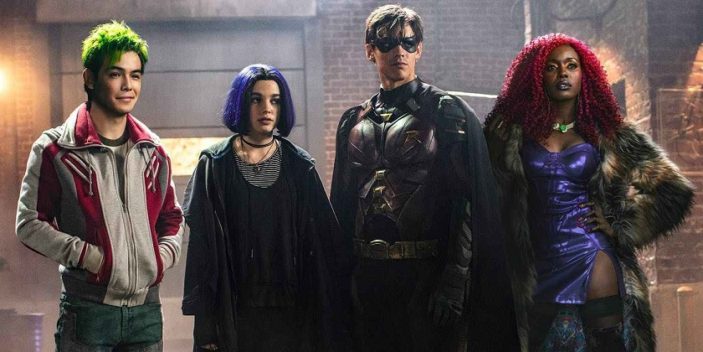 Obviously Ryan can’t turn into animals at will like his character, but what would be the animal he associates with the most or he would call his “spirit animal”.

“Interesting. I got a few. I can’t pick one because I love animals too much. There’s a boar that I connect with because it’s my Japanese zodiac sign. I love pandas. I love foxes. Pandas because they’re kind of lazy. Foxes because they’re cunning. Sloth. I relate to sloths. But ultimately, I would say a boar because of how hard-headed and how straightforward they are in terms of their thinking.” 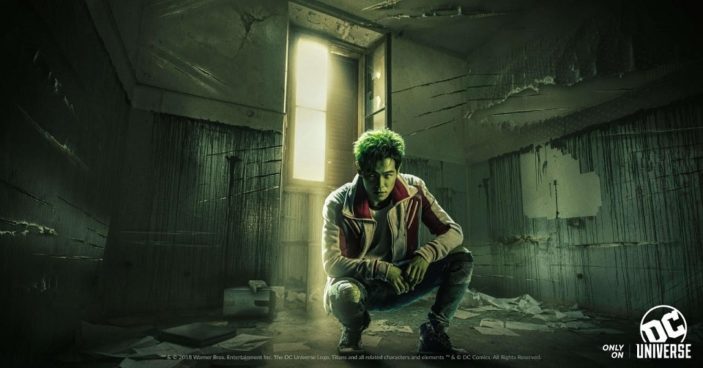 Ryan will be coming to Adelaide and Brisbane as part of the Supanova Comic Con and Gaming convention tour for November. He has visited our shores in the past but this time it’s his first ever visit to Australia for a pop culture convention.

“Yeah, this is actually my first convention experience in Australia. I’ve seen some photos and some videos now kind of looking through the hashtags of Supanova on Instagram. I got to say I’m quite excited. It’s very reminiscent of the cons that I have been to in the States. I’m looking forward to it.  Regardless if I work a convention or if I’m just there as a guest, I make it a point of searching out all the different artists. That’s one of my favorite things to do. And finding artwork of like, whether it’s anime inspired or comic book inspired, but art pieces that you can hang on the wall. Something that isn’t … not your average poster from a film. It’s kind of hard to explain. But, yeah, I go to conventions primarily to see the artwork. I love seeing fan interpretations. Usually because, not to say that the professionals don’t, but usually the fans put a little bit more time and love into a project than someone that’s hired to draw or animate something for the actual company.”

For more information or to purchase tickets, go to the official Supanova Comic Con & Gaming website.