Interview: Melanie Bracewell on Season 3 of Wellington Paranormal and how no idea is ever too crazy to pitch 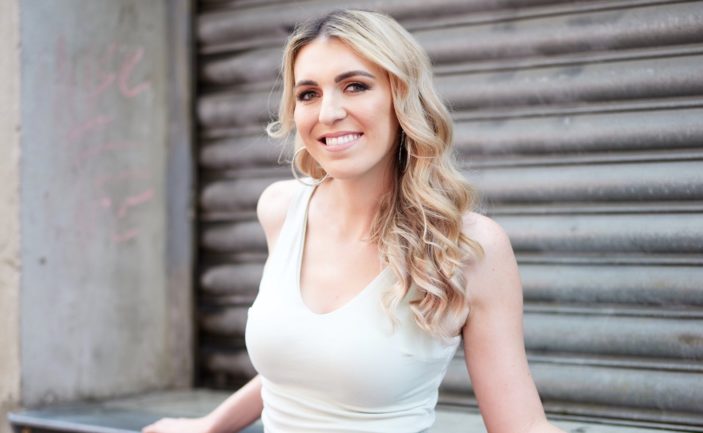 As season 3 of Wellington Paranormal arrives on screens (February 24th at 8:30pm on SBS VICELAND), we chatted with writer and producer (and all around funny girl) Melanie Bracewell to discuss the process of pitching outlines for such a show and how no idea is ever too crazy.

The episodes I caught were hilarious, I lost it at the sexy crayons/lost traveller glasses man exchange…

So are you just going to wait until they air to watch them for the first time?

Yeah, I think so.  The episode that I wrote is very complicated, in terms of CGI, so I think I’ll just wait until it’s on air and I can enjoy it with everyone else.

What’s the process like with the writers involved? Is it collaborative or do you work on ideas individually and then come together?

It’s a bit of both.  So we come together and pitch ideas, and the writers just pitch a week of the craziest storyline sessions ever! Stuff like “What if there was a big talking banana?”, so there’s no idea that’s too stupid or crazy because the show is so stupid and crazy.  It’s a collaborative effort to get the stories together, and then we go off on our own and write the scripts.  We get feedback and then, before you know it, it’s made.  You can see the stupid, crazy thing you had in your head is real!

How did you initially become involved with the show?

I was doing a gig in Wellington, and the producer (Paul Yates) came up to me and told me that Jermaine (Clement) quite liked my tweets, or something, and asked me to pitch some ideas for this TV show.  I was like “Wow, who knew Twitter could be useful for anything other than sharing your feelings or half-baked ideas”…but that’s how I got on the radar to working on the show.  Been working on it ever since.

How long did it take before you realised no idea is too ridiculous to pitch?

I think each season has gotten a little bit more ridiculous.  And that’s the fun of it!   The first season we kinda stuck to relatively traditional paranormal things – aliens, werewolves, vampires…Second season we got a little bit more crazy, we just thought what if we made up monsters? Just say a word and see what happens, so you’d have stuff like haunted wardrobe, and see if you can write around that.  Haunted wardrobe was not a thing (laughs) but the other writers are awesome in that nothing is shut down.

Were you writing during COVID? And was this filmed during or prior?

We had just finished before COVID really hit the fan.  We felt like we were so organised and had everything ready, but it was the planning stages of production when COVID kicked in.  So all of our diligence and hard work…we felt like we could’ve had way longer to write it!  But it’s probably a good thing.  We’re writers, we have deadlines.  We were hoping to get a season out last year, but it was not to be, but it’s actually OK because the overlap in time has meant we have been able to work on season 4.

I’m assuming you were a big fan of What We Did in the Shadows?

Yes, very.  I had to hide just how excited I was, to seem more professional, when Paul was telling me he was working on a show and I knew exactly what show he was talking about.  “Ooh, sounds interesting, tell me more”…(laughs) but I knew everything.

You’re known for your impression of Jacinda Ardern, and her fiancé was involved in a previous episode, was that at all your doing?

I would never claim anything to be all my doing, but I had a contributing factor to it.  Our main thing was that we thought it would be funny because he (Clarke Gayford) has a fishing show and if he was captured.

Is there a certain process in writing an episode? How long does it usually take you?

A lot of the ideas and the storylines are done in that storytelling week.  First week is pitching ideas to Paul and Jermaine, and Jermaine guides us towards the ideas he thinks we should work on. We came up with 8 episodes worth, even though we only made 6, so many leftover ideas can be taken into next season. But we spend that week putting it all together, figuring out what each character does, how it will all finish…then we usually get the idea we pitched to go off and write a draft, get feedback, write another draft…we write a lot of drafts to make sure it’s all perfect.

Wellington Paranormal is screening from February 24th at 8:30pm on SBS VICELAND.