Interview: Matthew Lewis on growing up with Harry Potter and the attraction of the fantasy world 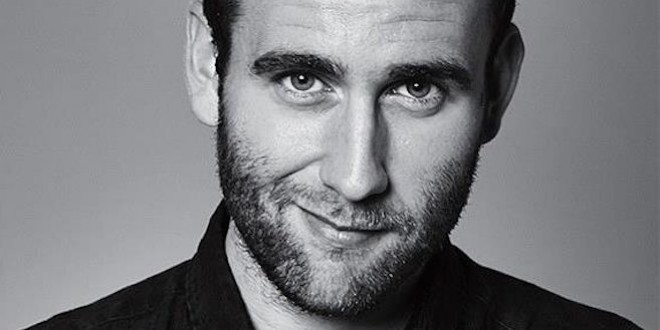 Sitting alongside Harry Potter star Matthew Lewis at the autograph signing table at Supanova Adelaide, I watch a trio of little girls who are engaged in a battle of charm with the 26 year old Leeds native. The girls compliment Lewis on being ‘very good’ in the Potter films before turning their attention to the press shot hung up behind him, a young Neville Longbottom in classic Gryffindor robes. “Is that you in that photo?” one of them asks, before Lewis confirms, noting that it was from a long time ago, perhaps even before she was born. Incredulously smiling, the children continue quite frankly being adorable until their mother ushers them away.

“I’m always so amazed to meet these kids,” Lewis says, settling back in his seat with a coffee. “When that picture behind me was taken, those kids weren’t born. It’s incredible.”

In Australia for Supanova’s November pop culture expos in Adelaide and Brisbane, Lewis joins the list of Potter alumni to travel out to the other side of the globe to connect with fans of all ages. It’s not all work commitments though for the rugby fan, who’s been able to schedule in some tourist time in between expos.

“I watched the NRL Grand Final at home,” he notes.” My team, Leeds, won our Grand Final, so we’re going to be playing North Queensland in February, which is exciting! Everyone’s been so nice and so welcoming [though]. We’re going to Uluru and I cannot wait, I’m so excited. I’m playing a charity rugby match in Sydney, which will be really cool and then I head to Brisbane. I’ve been told Port Adelaide is my team now, so that’s me!”

Lewis’ one and only Q&A session of the weekend drew arguably the largest number of fans for any Supanova guest, running in a similar way to that of Tom Felton‘s session in Adelaide a few years ago. As we saw over the weekend, there were parents, people now in their 20’s who grew up with the Potter books and small kids running around as Hogwarts students and other characters J.K. Rowling brought to life.

“The phenomenon that was Harry Potter is still beguiling to me,” Lewis admits. “How huge it was and the fact that I’m on the other side of the world and people are fans, it’s very humbling and very spectacular. You think that eventually people will get bored of it and will die out, but it doesn’t! Generation after generation of kids just keep falling in love with it and I think it’s testament to what Jo wrote and that universe and how vivid that world is.”

On how the experience of growing up in front of the camera affected him as an actor and indeed personally, Lewis comments on the unique set of experiences he was grateful to have had with the young cast he was a part of.

“It’s a unique thing we did that I don’t think anyone could recreate it,” he says. “The fact is that none of us had to go through that on our own, we got to experience it together and it’s something we’ll always have. We’ll always have Paris, as it were.”

“I’m an incredibly lucky human being to have been a part of that.” Lewis continues. “It’s just something I can’t really quantify. I feel very privileged and the fact that I’m still working five, six years later, is because of those movies. My career now is completely based on what I did in those films and I’m playing characters that are so wildly different; I’ve got something coming out next year where I’m about as far from Neville as you could get, he’s pretty horrible, actually! It all comes off the back of that and as you say, the unique experience we went through. It’s nice because everyone is so lovely and so fantastic and I still have so many friends from those films, whether they’re the adult guys at the time, [Alan] Rickman or Robbie Coltrane, or Dan [Radcliffe] and Emma [Watson] and all those guys – everyone is such a close bunch, it’s nice to still have that.”

When he’s approached by younger fans, such as the children we’d seen earlier, Lewis both is fascinated but completely understands the excitement that still surrounds the concept of the Potter series. Growing up within this fantasy world to an extent, he reflects on those years and comments on how the legacy of the books and from there, the films, have retained such an endearing appeal.

“I’ve tried for years to put my finger on what exactly it is about it that is so inclusive and what makes it resonate with so many people,” he says. “I think it’s down to a multitude of different things. For me when I was a kid, it was the sheer escapism of it. It’s alright having a fantasy world, whether it’s Lord of the Rings or Star Trek, I’m a bit of a Star Wars geek so I love all that and you can lose yourself in that world.”

“With Harry Potter, it’s that the universe lives parallel to our world – it’s always nice when you’re a young kid and school might be a bit shitty or you don’t know what you want to do with your life, to suddenly find out that you’re meant for something else, there’s something about you that’s a little bit special that no one else will understand. There’s something about that that is amazing and I think the thing about Harry Potter is that it keeps that dream alive. No matter how old you get, there’s always that dream of one day having someone come along and go, ‘You were right the whole time, you are special, and behind this brick wall, there’s this whole world you’re about to go to. You’re a bloody hero there.’ When I think about it as a fantasy world, that’s what I think is the most attractive thing about it.”

Matt Lewis will be appearing at the Supanova Pop Culture Expo in Brisbane this weekend (November 28th-29th). Head to the Supanova website for more information!