Interview: Dominic Cooper on playing a villain in That Dirty Black Bag and injecting his own essence into a vile character 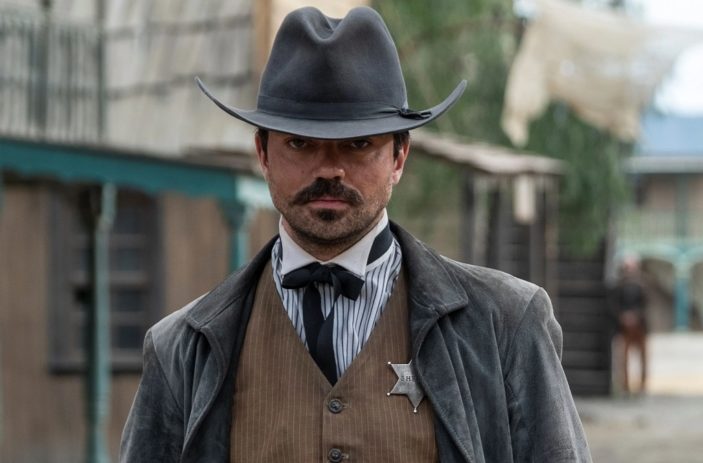 Streaming on AMC+, That Dirty Black Bag is a raw, epic and romantic eight-part series about the dark side of the Far West.  Starring Douglas Booth as bounty hunter Red Bill and Dominic Cooper as the savage Sheriff McCoy, the series follows their eight-day clash as blood, bullets and bodies fly in the wake of a violent feud.

To coincide with the show premiering, Peter Gray spoke with Dominic, known for his work in the MCU as young Howard Stark, the television series Preacher, and both Mamma Mia and its sequel, Here We Go Again, about finding some sense of himself in his “vile” character, if he researched any spaghetti westerns before production, and the gruelling shoot combatting both a pandemic and mother nature.

I went into That Dirty Black Bag completely unaware of what I was getting into.  I was taken aback by a lot of what transpired on screen.  It seems like the western is slowly making a comeback on screen, is it a genre you grew up with at all?

It wasn’t one I was obsessed with.  I had friends who were, and I grew up with people who still have an admiration for it, and even Dougie (Douglas Booth), who’s my friend in the show with me, he would always say it’s a dream come true for him, but, for me, the dusty, hellish realisation of your life being taken away from you at any second of any day was not one that presented much of a fancy.  I wanted nice clean surfaces and a sports car (laughs), not no water for weeks and no washing.

But I can understand the beauty of it, cinematically, and that’s what I learnt to love about it.  And to see how filmic it is and can be.  But, for me, the characters within this world (was what) I really respected.  Not respected as people, but respected the opportunity to play.  I really didn’t know how to, and I keep doing things I probably really shouldn’t be doing, and I’m always so panicked on day one thinking “Why am I doing this? Who the hell do I think I am?”.  There’s obviously a part of me that knows I should try it though.  I did need to do something in this where (my) character is so vile and doing such unforgivable things within the first 45 minutes (of the episode) that I had to work out how to understand him for myself, and give the audience a reason to try and enjoy his company on screen.

Research wise, did you delve into a lot of spaghetti westerns from the past?

I thought it was important to a point, but, being honest, I didn’t want to replicate that.  People kept talking about certain shots and certain directors and “we’re going to make this like so-and-so”, and I just thought “Why? It’s been done.”  Yes, let’s make this look like what you want it to look like, let’s make it stunning and shocking and beautiful, but there’s no point referencing old stuff that’s been done before.  We want to pay our respects but it has to be different.  It’s dangerous on one hand to have in your head images of very famous people achieving greatness in this genre, but I can’t be staring into the distance thinking of Clint Eastwood.

It was great to honour it and be a part of that world, and hopefully people that do love (westerns) will love this.  That’s what I hope.  I haven’t spoken to any massive fans of that genre who know those films inside and out.  It doesn’t bother me either way, but all I’d like is for this to be a story that’s visually stunning and has absorbing characters that you want to follow.

I imagine playing a villain, or at least a character that has those different shades, is more enjoyable.  Feels like a chance to say and do things you never get to otherwise.  Is that part of the appeal when given a character like McCoy?

Oh, totally.  I mean, he’s vile.  But you have to add your own essence.  There’s a bit of me in that.  There’s a bit of the wanky swag, and then you just layer it and ask “How does Dominic exist in that world?”, and I think that’s where characters come out best.  Some actors rely on that one thing that they know how to do best, and they’re brilliant at doing it time and time again, and it’s mesmerising (to watch), but if you can try and bring the reality of yourself and layer it with yourself living in that period, then you start unravelling something interesting. 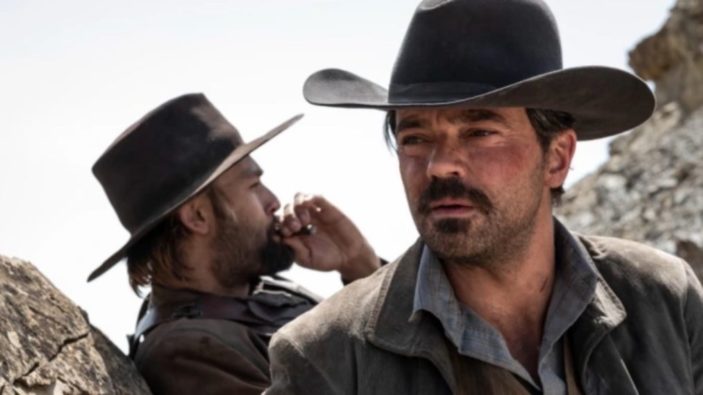 Because one of the things I really did love about the show was how unpredictable it was, especially in terms of violence and character interaction.  Without spoiling anything, there’s a scene between yourself and Aidan Gillen that very much changed the trajectory of the show.  When you first read the script and note such violence, how different is it to what you imagine?

This show is so collaborative.  That particular scene was not initially like that.  It was one that didn’t quite add up.  It was written really well, but situationally we tried to figure out how to get to it.  The filmmakers created someone you absolutely despise, and what’s interesting is that you have someone who’s stolen my (character’s) horse, a bounty hunter chopping people’s heads off, someone poisoning people who’s the scariest motherf**ker on Earth, and then you have me, who’s not that likeable either.  You’re thinking “Whose side am I on?!”, but you think how do we make it so the audience can stomach such violence and still be on someone’s side?  When you strip it all away, no one should be on anyone’s side.  They’re all vile and the world would be a better place without any of them.

As you said, everyone’s evil in their own way, and I guess, as an audience member, you just have to think “Who is worse?” But the characters are the heroes in their own stories, so it’s about gravitating towards who you think you can understand…

Yeah, I don’t know the answer.  In normal storytelling, I’ve gone to save someone and I’ve killed the baddie.  But, in this story, I’m the baddie, going to kill another baddie, to “save” another baddie just so I can kill him (too).  But that’s the world, and I hope that’s what makes it quirky and weird.

I understand that not only were you filming through a pandemic, but mother nature wasn’t kind during the shoot as well.  How gruelling was it?

The pandemic gave us an opportunity for two weeks of isolation to do a lot of research, drink a lot of wine, and be honest with each other and become friends.  It was the building blocks of where our characters came from.  Location wise, there were landscapes we had to change an awful lot.  Working in areas where it hadn’t rained for 5 years and then would rain every day for 5 weeks.  Locations changed daily.  Everything was against production.  Hats off to them though for continuing to make content.

That Dirty Black Bag is now streaming on AMC+