Interview: Cindy O’Connor reflects on composing for Once Upon a Time and her Emmy nomination

Recently nominated for an Emmy Award for Outstanding Music Composition for a Series (Original Dramatic Score), Cindy O’Connor has just ended a seven year run composing music for the TV series Once Upon a Time. We caught up with the composer to look back on the series, learn more about her and talk about the fact that she was the only female nominated in the composition category at this year’s Emmy Awards.

Once Upon a Time just wrapped up its seventh and final season (eighth if you include the Wonderland spin-off), and along the way it has undergone quite a few thematic changes. How has the music evolved to match this?

It has been such a great pleasure to get to follow these characters and stories for seven seasons! We have kept the sound of the score in the orchestral fantasy, adventure style that the fans have come to know and love, but the individual themes for the characters have evolved a lot over the years. For example, Rumplestiltskin started off as pure evil, with very dark thematic material to match. But, through the years, we have created music for Young Rumple, Rumple in Love (with Belle), a sort of happy variation of Rumple’s theme, and even a Heroic Rumple for an alternate world where he was purely good.

We have also come up with specific music for some of the different realms where the story took place. In Season 5, the characters journeyed to the Underworld and met Hades, and there was a “hell” theme that included a few tritones, historically known as “the devil’s interval,” to get super nerdy.

How long could it take to develop the “sound” of a particular character?

In the TV world, we have to work quickly; so, whenever a new character appears, Mark has to have their theme ready to go, with a melody and choice of instruments, within a couple of days. But we do a lot of development of a character’s sound as their story arc unfolds. Sometimes a character whom we thought was going to be good, turns out to be evil, and vice versa! For example, at the beginning of Season 7, Ivy/Drizella came across as an unhappy character with a grudge against her powerful mother, Victoria. But it turned out that Ivy was quite a powerful witch and she masterminded the entire dark curse. So, we had to get a lot more evil with her music. 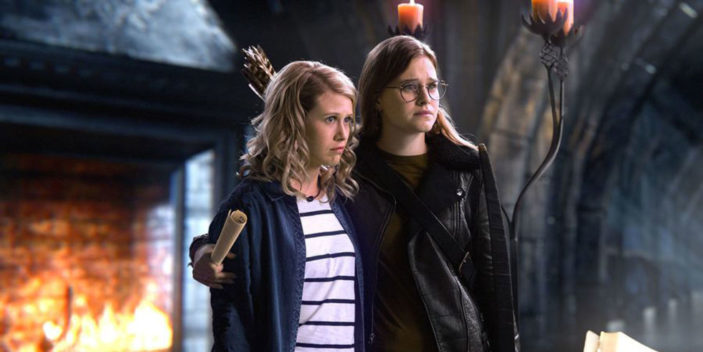 Is there a particular score you’re most proud of, or is this a bit of a Sophie’s Choice question?

It is impossible to choose just one! Within Once Upon a Time, I really love several of the scenes with Emma and Hook (or “Captain Swan,” as the fans call them). I did many different versions of their love theme, including one for the moment in Season 5 when she has to stab him with the dagger to send him to the Underworld, as well as the one for their wedding in Season 6.

If we are including other projects, I wrote a melodramatic silent movie score for the movie-within-a-movie in Brian DePalma’s film The Black Dahliaand it was great fun. There is a scene where Scarlet Johansson and Josh Hartnett are watching a silent movie, The Man Who Laughs, which is a very over-the-top silent movie thriller. I re-scored it for the film. We recorded it at Abbey Road in Studio 2 (the Beatles’ room) with 55 players and it was a thrill to hear it all come together with the orchestra.

Anyone who hasn’t worked on a TV series might think that you can create a few compositions and then just run it through the whole season. While there’s certainly some repetition, it never quite works like this. How much original music has to be created for each episode and how much of the year do you spend on the show?

For each episode, we have a three-hour recording session and in that time, we record up to 24 minutes of new music. And that is working at a blazing fast speed because we are lucky to have a team that is like a well-oiled machine. That is only about half the music that each episode requires, so we have an excellent music editor, Justin Hopfer, who has archived every piece of music we have ever written for the show, and he is able to cut in existing music for the other scenes.

Scoring for a series like this is definitely a full-time job for a large percentage of the year. It’s sort of like a teacher’s schedule—we start at the end of August, take a month or so off for the holidays, and then some back through the end of April. We are mostly scoring one episode a week, with an occasional week off here and there.

Has this limited your ability to take on other projects?

It has to some degree. But I’m certainly not complaining—it has been such a wonderful ride! I manage to fit in a few summer projects every year. I have scored a couple of shorts for director friends, I sang with Petra Haden in David Byrne’s Meltdown Festival in London, and I conducted an original piece with the Moravian Philharmonic at a film score concert in the Czech Republic. This past summer, I wrote a fun musical with bookwriter and lyricist Larry Todd Cousineau, which had an eight-week run in Chicago to great reviews. It was a parody of the classic novel, Lord of the Flies, called FLIES! The Musical.

Interpret this question however you see fit, but where do you find your musical inspiration?

Inspiration can come from the most random sources! I once had to have an MRI and when I heard the sounds the machine made while I was in the tube, I thought they sounded like grunge guitar chords, so I started writing a song to go along with them.

For film and TV scoring, my inspiration usually comes from the characters and the story, and from looking for just the right emotional colours to bring something special to the scene.

Congrats on the Emmy nomination. What does it mean to you to receive this nomination?

Thank you! The nomination was a surprise to us all because the show has been around for such a long time. It’s a big thrill to be nominated among such talented colleagues and it means a great deal to have the recognition of our peers. When fans love the music, that is one kind of thrill. But when other composers at this level appreciate your craft, it’s really something special. And by the nature of our profession, we all spend so much time alone in dark rooms, so it will be a blast to dress up and celebrate!

You’re the only female composer to be recognised in the composition categories this year. What needs to change to help make the industry more balanced? And is that change happening?

The whole industry could definitely do better as far as inclusion for women and artists of colour. This is starting to change, which is very encouraging. The TV Academy has been wonderful about outreach to try to diversify their membership. And the fact is that there just aren’t that many women doing these jobs in primetime TV yet. There is only a small pool of us eligible to be nominated. I know that will change as more women make their way into bigger production and post-production jobs. And as that happens, the percentage of female nominees will naturally rise.

We’re not asking for special treatment or quotas. We just want to be considered for the same jobs as our male colleagues and to let our work speak for itself without any assumptions about what a composer should look like. When symphony orchestras first started having “blind” auditions, with each auditioner hidden behind a curtain, the level of diversity among members suddenly increased. When they took that factor of unconscious bias—which is a natural human thing—out of the picture and just judged the musicians on their talent, people of all different backgrounds were able to get hired. The films and TV shows we create in Hollywood are enjoyed by people all over the world, from all different cultures. So, it only makes sense that the storytellers and creative teams should include a wide variety of voices.

With that in mind, and knowing how you got where you are today, what advice would you have for aspiring young composers, in particular female composers, who may want to follow in your footsteps?

For aspiring composers of any gender, I would say keep working on your musical craft. Spend time developing musical ideas, melodically and harmonically, as you would over the course of a film, TV series, or game. I see a lot of discussions among young composers about gear, sample libraries, and mockups, which are all necessary things. But what will make you stand out as an artist is your musical ideas.

For women composers specifically, I would say to take more risks professionally! I’m including myself in there. We are socialized not to be obnoxious and we tend to worry about whether we are “really ready” before throwing our hat in the ring for a big opportunity or calling ourselves an expert in our field. It’s understandable because often a woman has to really stand out to get recognition in a male-dominated area whereas men don’t typically have those inhibitions—most may just assume they are great and deserve a fabulous gig right out of the gate! I’m generalizing here, of course, and exaggerating a bit. But, my women friends and I have observed this in many different professional arenas.

Tell us a bit about what you’ve got on the horizon?

I’m excited to be one of the featured composers in an upcoming concert at the Wiltern on September 4th, “KCRW Presents The Future is Female.” It is a concert showcasing the work of 12 female film, TV, and game composers with the Hollywood Chamber Orchestra and a choir. I wrote a new piece for this concert and I’m looking forward to conducting it. There are so many exciting film music concerts these days and I would love to get involved in something like that! I’ve taken a deep dive into studying conducting this year and I wrote a piece that will be fun and exciting to perform on the concert stage.

In the theater world, I’m hoping to bring my latest musical to L.A. and other cities. I have a few other possible projects in the works and one of them is a movie musical! But I can’t give any details yet.

And maybe I will finally take some time to learn to play guitar! That has been on my list for ages. 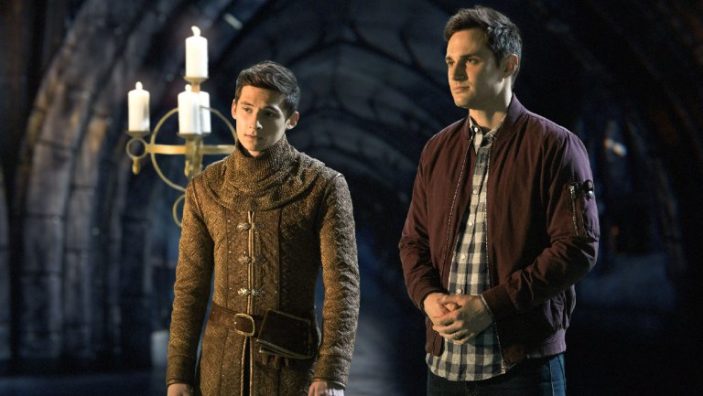 Once Upon a Time just wrapped up its seventh and final season. You can get the first six seasons on DVD, Blu-Ray and digital now, with the 7th season to be released later this year. And if you want to find out whether or not Cindy O’Connor will win the golden statue, the next Primetime Emmys will be held on 17th September 2018. For more on Cindy, visit her official website.