Interview: Charlayne Woodard on reuniting with M. Night Shyamalan after 19 years for Glass, film secrecy and the “other” 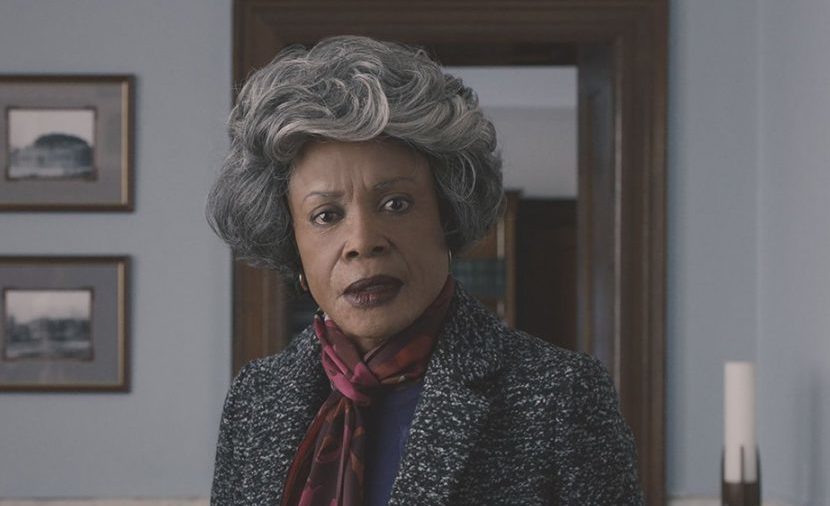 While she was on the Upper West Side in NYC, filming the second season of Pose for FX, I caught up with Charlayne Woodard to talk about her role as Mrs. Price in the film Glass, which is about to enjoy a home release. It’s a role she first came to perform some 19 years ago in Unbreakable. So how have things changed for her, her character and how has M Night Shyamalan evolved as a director in those two decades? I asked her to find out.

It’s been a few months since the film came out, how do you feel about its reception?

I must say, when Glass opened, I started a new play off Broadway. I’ve been working like a dog so I actually don’t know what people think – and as a rule I don’t read reviews, I never do, so I have no idea what people thought about the film. But I knew, whether they liked it or not, if they liked Unbreakable or Split, they were going to see it.

How did you first hear about the project and that they were going to return to the world of Unbreakable?

After 19 years, M. Night called me up one day and asked if I wanted to do a film with him. I hadn’t seen Split and I had no idea what was going to happen until I saw Bruce Willis at the end of that film.

I didn’t see a script until 2 days before the table read. The whole summer went by and I knew I was in the film, but that was it! Everything was so top secret, as is the way these days!

Are you good at keeping secrets?

I love keeping secrets! It was kind of exciting. it was great to be reunited with the cast 19 years later, too. And it’s remarkable – Spencer (who plays Bruce Willis’ son Joseph) is now the same age night was when M. Night (Shyamalan) first did Unbreakable.

M. Night has made quite a few films between then and now. How has he changed as a director?

He is a real actor’s Director now – he knows what he wants, he knows he language of actors, and he shares the vision with us right at the beginning. Cast and crew are on the same page from the beginning. So the difference I see in him now is wisdom and growth.

How has Mrs Price changed? What did you bring to her character for those missing years?

When I first did my research for Unbreakable, my good friend was an orthopedic surgeon for children and she had worked with a family who had a child with a similar condition. I took that research and brought that into the room and seeing my son now (in Glass)… Is he better off now? Is this going to change? In the end… It’s devastating. You don’t normally see that in a Superhero film. You never see an ending like that in those films.

How do you think she’s doing now?

Well, at the end the three come together and they discover a tape and they sit there watching the truth go out into the world. I think she had closure. And anyone would know, her son was not living the way he was living in that institution. It was the way he wanted to live, and die. I think she has closure – I think they all do.

What do you hope people take away from the film?

I saw that it was a film about family, and the other, and how we don’t know what makes a person different from ourselves… but we have to know, and we have to be inclusive and take them as they are. Because there is some real brilliance there. Genuine brilliance in all three of those characters. Willis was seriously good. He went after the good. The other two were damaged. Not unlike people we meet today.

There’s a superhero is in all of us – and that’s what that last little scene let us see. These aren’t just people that M. Night came up with. So be careful with who you play with. It means a lot that they’re different. You can’t write people off.

Glass is available on Digital now and will be released on DVD and Blu-Ray on 1st May 2019.