Interview: 61st Street star Tosin Cole on finding the truth in his character and the show’s topical relevance 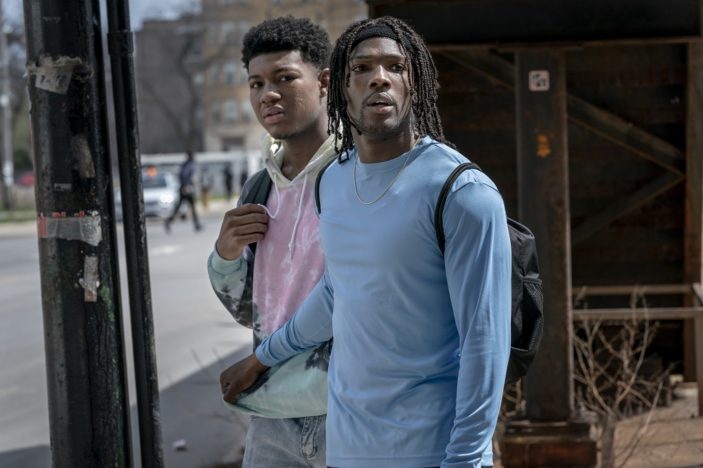 Streaming on AMC+, 61st Street is a propulsive thriller coursing through the dark heart of the infamous Chicago criminal justice system as police and prosecutors investigate a deadly drug bust that threatens to unravel the police department’s code of silence.

To coincide with the show streaming, Peter Gray spoke with star Tosin Cole, discussing the physical and mental challenges of his character, working with such prestigious talent as Courtney B. Vance and Aunjanue Ellis, and how he felt about the show tackling police corruption and racial injustice.

This show really doesn’t let up once it gets going.  There’s just that domino effect of wrong place, wrong time, and the uproar that stems from such actions – both politically and within the community.  How was it first reading this script and seeing how it was tackling so many topical issues?

It really does kick off straight away.  It was, like, after 20 pages that it was just one thing after the other.  So many different worlds, different themes, different characters…all going through the motions.  I was just excited to see where it goes.  It’s a journey.  Whether it was the right path or the wrong path, or where people’s moral compass lies, I was just interested in seeing the story move forward.

That first episode your character is essentially running literally the entire time.  How challenging was that for you? How extensive is the training for that?

I was running like a mad man, you know!  I was training with Dwain Chambers, so he was helping me with my form.  It was during the pandemic too, so there wasn’t gyms available.  I just made do with what I could.  It was winter so running wasn’t the most pleasant thing to do at the time, so it was challenging, but it was also exciting to push myself.  I’d like to think I’ve become a better runner.

Your character, Moses, is essentially running for his life.  Do you have those conversations or inject your own thoughts with the creators as to what you would do personally in that situation?

You know, these things do happen on the daily basis.  It’s about finding the truth.  Finding that essence in what we are trying to portray.  Anybody running for their life is going to run from their heart.  Everyone knows what it is to run away from something fierce, so you just transfer it to the character that way.  The creators, I felt like in certain moments of the story, they let me interject and put my own thoughts and own personal experience (into the character).  I would try and make it as authentic as I could.  Just giving it a truth.  Whether it was my own personal experience or someone I knew, whatever I could use I would weave into the story.

How was it to work with such actors as Courtney B. Vance and Aunjanue Ellis?

I was humbled.  I grew up watching Courtney, and Aunjanue is having such a (moment) now after a great career…you’re just honoured to work alongside such actors who dedicate themselves to their art and are successful at it.  You just want to make sure you’re holding up your end of the bargain.  It’s about learning.  It’s a dream to work alongside them. 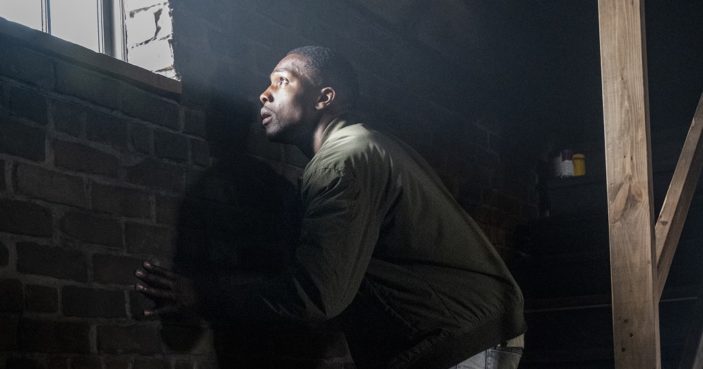 Accent wise, your American accent is flawless. I wouldn’t have known you were British…

Oh, thank you.  I appreciate that.  Yeah, I’ve had a dialect coach and I’ve done my own research.  I wanted to make sure I got as close as possible to the Chicago dialect.  I’ve got family in Chicago, so I was just trying to mimic them.  Any person from Chicago I would just watch their lips (laughs).

Did having family in Chicago help the filming experience?

It was crazy, because it was family that I had never spent a lot of time with.  I was getting to know them as I was filming.  In a way it was like life imitating art, because even though I had family in Chicago, my core family and friends I wasn’t able to see for months.  No one could fly here and I couldn’t fly out.  When I had time off it was just proper strict.  Everyone else in the cast could see their family.  I didn’t have that luxury.  It was weird to be away from your family for that long without seeing them, because this would’ve been the longest time I’ve been away from them, but it kind of helped because (my character) doesn’t have that in the show (either).

The show explores corruption and racial injustice, topics that feel more relevant than ever.  Do you feel there’s been any steps forward made since the Black Lives Matter movement?

I think the fact that we have to talk about it kind of answers that.  You see shootings and racially motivated killers, things like that, and these are things still happening.  There’s a clear difference in how people are responding to armed and unarmed (shooters).  The proof is in the pudding.  The facts are there, the stats are there, the numbers are there.  Until we don’t have to have these conversations again, I don’t think anything has fully changed.  Have we progressed slightly? Yes, for sure.  Do we still have a long way to go? Yes, for sure!

As a viewer I was frustrated watching the actions of the police.  It’s one of those scenarios that feels so far removed from what I have experienced though.  Are there conversations being had during filming as to people’s experiences?

Yeah.  Everyone shared their own personal experiences.  I’ve been racially profiled growing up.  Stopped and searched.  So I know what it is to be targeted.  You go home, you’ve done nothing, “You match the description”, but you’re just coming home from school, you know what I mean? So I know what it’s like.  We’re talking about real themes, so I think everyone had that discussion in implementing that (into the script).  We want people to (watch this) and feel something, to see a different perspective.