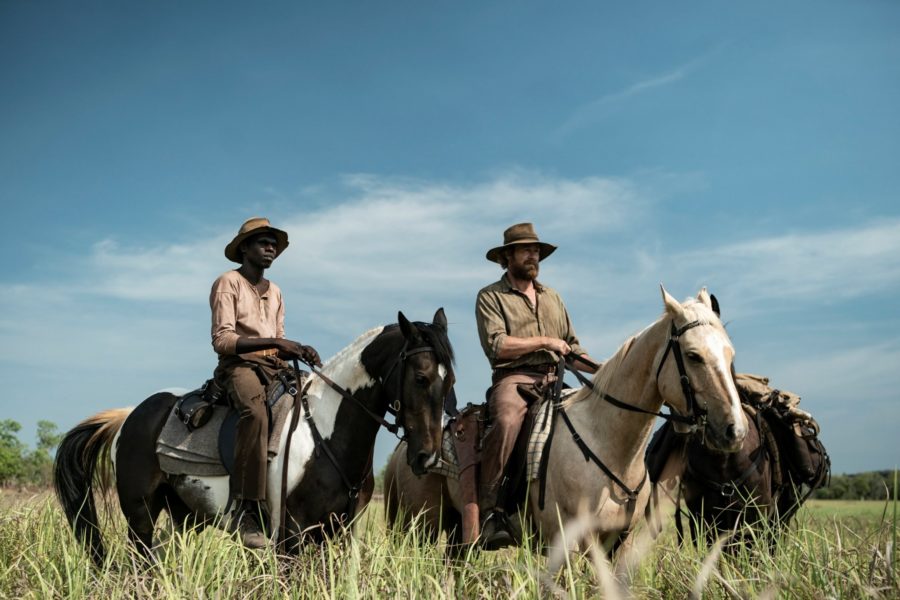 High Ground is the latest film from Stephen Maxwell Johnson, whom is best known for his 2001 acclaimed film Yolngu Boy; a powerful coming-of-age story about three Aboriginal men who strive to become great hunters as they deal with social, economic and especially filial factors in maturing from adolescence to adulthood.

Since then, Johnson has ventured into television and music videos (including videos from Yothu Yindi) but in that long interval, he has been developing his latest film with fellow collaborators Chris Anastassiades and Witiyana Marika. After getting approval from the Aboriginal communities – which took a long time to obtain due to the subject matter – the film kicked off and now we have High Ground. With an impressive array of Australian and Aboriginal talent and a story that unravels a dark chapter of Australian colonial history that few would like to talk about, the film promises to be something special, confronting and illuminating.

The film starts off with a prologue set in Northern Territory 1919, where we follow our nominal lead character Travis (a compellingly stoic Simon Baker); an ex-military sniper turned policeman who is in charge of an operation overseeing a tribe led by leader Dharppa (a stellar Witiyana Marika), which is having a fruitful family gathering.

Due to the reckless attitude of Travis’ men – the main culprit being Eddy (Callan Mulvey) — the operation ends in a disastrously bloody fashion as the majority of Dharppa’s tribe is massacred. Consequently, a young survivor Gutjuk (Guruwuk Mununggurr) is adopted and taken care by white missionaries Clare (Caren Pistorius) and Braddock (Ryan Corr) while Travis resigns in opposition of his men as they try to keep the massacre under wraps.

12 years later, a series of violent attacks by Dharppa survivor Baywarra (a believably enraged Sean Mununggurr) have rocked the community of settlers. Travis has become a bounty-hunter for hire and he is still haunted by the massacre. He is hired by former boss Moran (Jack Thompson) to hunt down Baywarra and in response, Gutjuk (now played with a surprising level of nuance by Jacob Junior Nayinggul) is then hired by Travis as a tracker as Gutjuk wants to devise a peaceful resolution of Baywarra’s capture. From then on starts a descension into the ripple of violence that sparks ongoing tension that has no sign of subsiding.

The synopsis looks simple enough but what seethes underneath it is what makes High Ground stand out. The first striking thing about High Ground is that in spite of the grim subject matter, director Johnson (and cinematographer Andrew Commis) never forget the vast beauty that is the land of the Northern Territory. The vistas are all crisply captured (via drones), which sends the audience into an almost dreamlike lull. The remarkable sound design and musical score (by Marika and his son, Yirrmal) also offers immersive ambience that adds to the storytelling; complete with the sounds of the Australian wilderness.

It is within that period where the second striking factor kicks in; the sudden bouts of violence that sends the audience into absolute shock. Nothing is sugar-coated nor lingered to the point of exploitation; the atrocities are shown as blunt-force trauma and Johnson and Commis do a very good job in getting the maximum impact out of the violence. Commis in particular utilizes extreme close-ups into the characters’ faces; conveying the claustrophobic nature of the reprehensible savagery as the characters are figuratively being pushed into a corner until they respond back in kind.

Of course, violence alone cannot sustain an entire film. That is where the thematic resonance kicks in via highlighting the dark colonial history of Australia. The divide between White Australians (including European settlers) and Aboriginal communities is shown in excruciating ways. Apart from racist leanings, the privilege that emanates from the settlers and White Australians (especially through the performances from Mulvey and Thompson) is utterly enraging. But thankfully, Johnson and screenwriter Anastassiades never overplay their hand in storytelling in getting the point across and the two also rarely resort to cliches or shorthand that demean the Aboriginal experience i.e. white saviour tropes or stereotypical magical realism.

Lastly, the indigenous representation is remarkably felt here. With a massive pool of riches both in front and behind the camera including actors, musicians, elders, overseers, costume designers offering their talents and guidance; the film walks the walk in terms of bringing awareness.

In terms of the flaws of the films, some of the characterizations leave a lot to be desired. To be fair, the film does not rely on character arcs to get its point across but more on mood and atmosphere; showing the consequences of the actions of the characters through the backdrop of colonialism.

However, the film does take the easy way out through stereotypes via its white characters i.e.  the portrayal of Eddy and Moran as inescapably racist and one-dimensional. Scant characterizations also effect the female side of the cast, even if the best efforts of Pistorius and Esmerelda Marimowa are admirable.

Overall, High Ground is a deceptively simple story about the lingering consequences of revenge through racism taken to heights of excellence due to beautiful vistas, top representation of Aboriginal culture and its brutal depiction of violence.