Game of Thrones Season 8: Five theories on the end

George R.R. Martin loves his irony. It’s pretty much the only reliable rule that runs throughout A Song of Ice & Fire, and hence Game of Thrones. Arya kills Polliver the same way he killed Lommy; Ramsay Bolton is mauled by his dogs; Jorah is sold into slavery at one point – Martin loves drawing grim full circles and tying them up in the most unexpected ways. Prophecies are invariably true, but they always take a hard left turn. Symmetry is important.

Knowing this style, certain theories have been deduced over the years to the point that they, especially now that the show has sped past the source material, have become the new spoilers. I know there are quite a few theories I’ve read in the past which I regret, seeing as they’ve pretty much all been spot on and have ruined the element of surprise so central to this show’s popularity.

So it goes without saying, do not read through these theories if you want to be caught nice and off-guard through the next few weeks, as season 8 brings Game of Thrones to a final close. 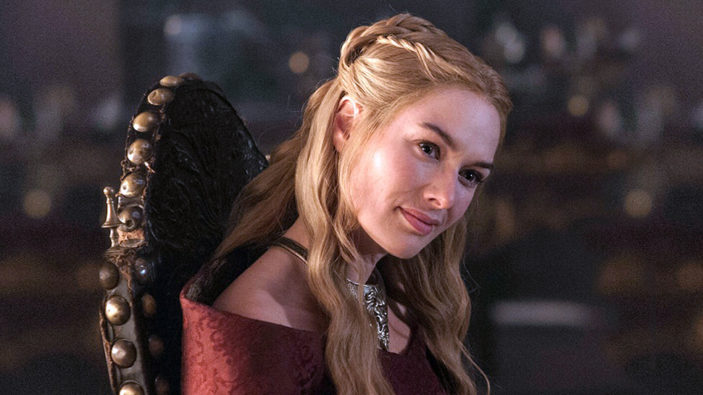 This one has been around for awhile, and it’s one of the strongest theories yet to be played out. When Cersei was a child she stumbled upon someone a Essosi fortune teller named Maggy the Frog, who told her in some very cryptic words that her three blonde children will all die – true – and that Cersei herself would be killed at the hands of “the valonqar”. Now that’s High Valyrian for “little brother”, which is why Cersei has despised Tyrion her whole life, afraid that he is the “little brother” that the prophecy refers to.

In the books, Cersei is older than her brother-lover Jaime by only a few moments, which makes him a contender for “the valonqar” as well. Martin has a strong love of hard lefts, so it’s very probable that it will actually be Jaime who will have to kill Cersei. How? No one knows. Maybe he’ll push her out of the window – the things we do for love (although that bit of irony was already played when their son, King Tommen, jumped to his death) 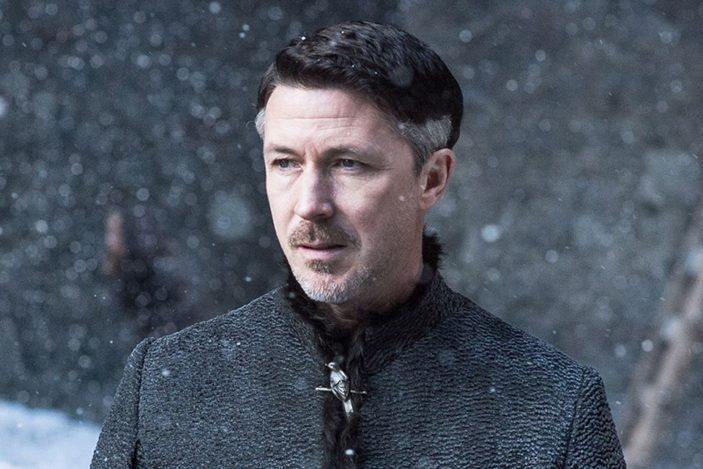 Lord Petyr Baelish wasn’t the one getting his throat cut by Arya last season, as far as this theory goes. Littlefinger is pretty much the scheming sociopath of Niccolò Machiavelli’s The Prince, most famous for a complicated faking of one’s own death. Could it be that the endless scheming mastermind paid a Faceless Man to take his place before Sansa Stark, knowing very well that he would be sentenced to die by Arya’s dagger?

It’s certainly compelling, and out of all the theories, this is the only one that I hope is true. Littlefinger’s scheming has not come full circle yet, and Martin just won’t let that happen.

Sam is a Targaryen 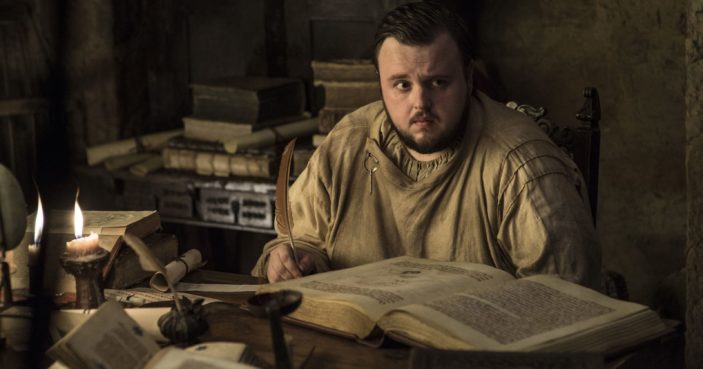 Sam is a Targaryen. Hell, he might even be Azor Ahai. According to studious Redditor MrSilenceT, there is plenty of evidence laying throughout the books and the show that suggest this may actually be the case. Which would mean that Sam is the saviour of the entire story.

We know that The Tarlys were Targaryen loyalists, and it’s possible that someone – probably Varys – smuggled one of Elia Martell and Price Rhaegar’s children away before The Mountain crushed them. If so, the child may have been given to Randyll Tarly to raise as his own.

Samwell isn’t Randyll’s, which would explain why the austere – and recently killed – head of House Tarly didn’t want Sam to succeed him, instead banishing him to the Night’s Watch.

Besides, the magic number where Targaryen’s are concerned seems to be three, so someone needs to join Jon and Dany.

Bran is the Night King (or at least his mortal enemy) 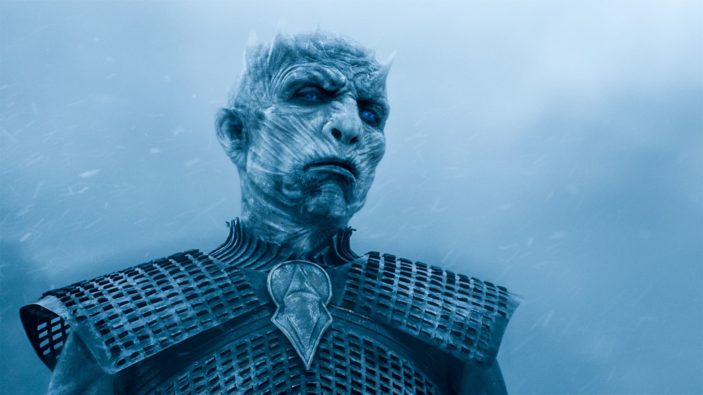 This one’s a bit convoluted. We all know Bran is basically the Desmond (Lost) of Game of Thrones, just much more incompetent. Dislodged from time, the kid is prone to making a mess of things. He pretty much killed Hodor after all, and rumours are that he was the one “whispering” in the Mad King’s head to “burn them all”, just that Bran meant the White Walkers and not the people of Westeros.

Him being the Night King would bring the entire Game of Thrones universe to a really cruel full circle, and we know how much Martin loves doing that. Bran constantly bouncing between timelines to try and stop the White Walkers somehow lands him inside of the Night King, stuck because of his recklessness? Sure.

Or a similar theory posits that if Bran is the Three-Eyed Raven, then him and the Night King are actually ancient enemies who have been rivals for centuries, long before all this Mad King nonsense. That would make Bran the ultimate target for the Night King and his army of White Walkers. The man who plays the Night King, Vladimír Furdík, actually stated in a recent interview that this king of ice has a specific target he wants to kill, and that we’ll find out who that is in this final season. I think it’s pretty obvious from there.

And that leads to the question of what George RR Martin’s means by a “bittersweet ending” for Game of Thrones. The man loves his irony, so what if Jon has to kill Bran to end this war once and for all? That would definitely be bittersweet. 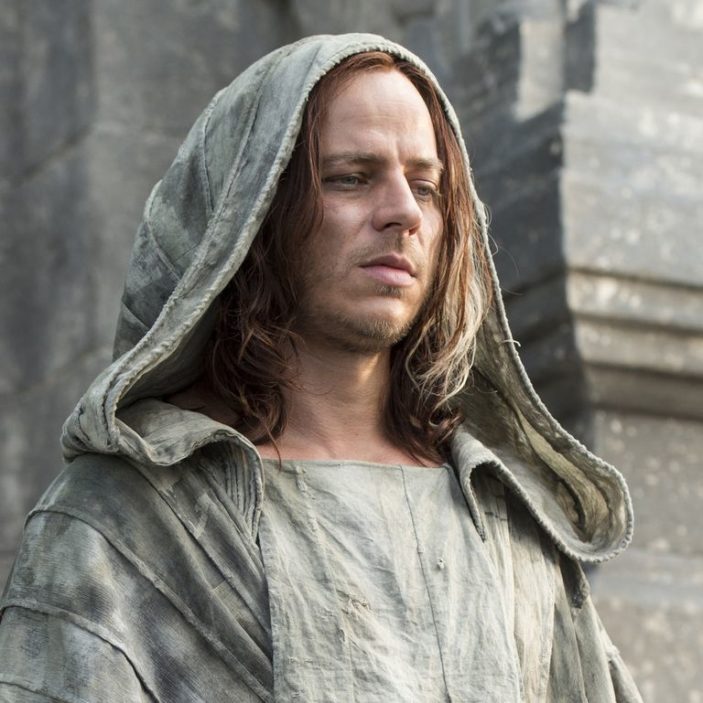 Much like the Littlefinger theory, there has been a rather pervasive idea throughout the series that Ned Stark was actually saved by a Faceless Man at the eleventh hour. Of course, there are plenty of holes in this dream scenario, but the long-short of it takes us way back to season 1 and the random first encounter Arya has with Jaqen H’ghar.

The eccentric Faceless Man wouldn’t take central importance until later seasons, but the ambitious theory goes that Jaqen was in a stand-in for Ned. Of course, this begs the question of who stood in for Jaqen. Many think it was Syrio Forel, Arya’s dancing master teacher, who may have alluded death via Meryn fucking Trant and was somehow convinced by Varys to pose as Jaqen, while Jaqen posed as Ned during the beheading. Complicated switcheroo? Damn right. But “Jaqen” being imprisoned when we first meet him really isn’t believable – unless Varys put “him” there for a reason.

Unlike most, this theory has been denied by the showrunners themselves. But they made the absolutely fucking terrible decision to kill Barristan Selmy, so I don’t trust them.

Game of Thrones Season 8 will screen in Australia on Foxtel, premiering on Monday 15th April at 11am AEST..