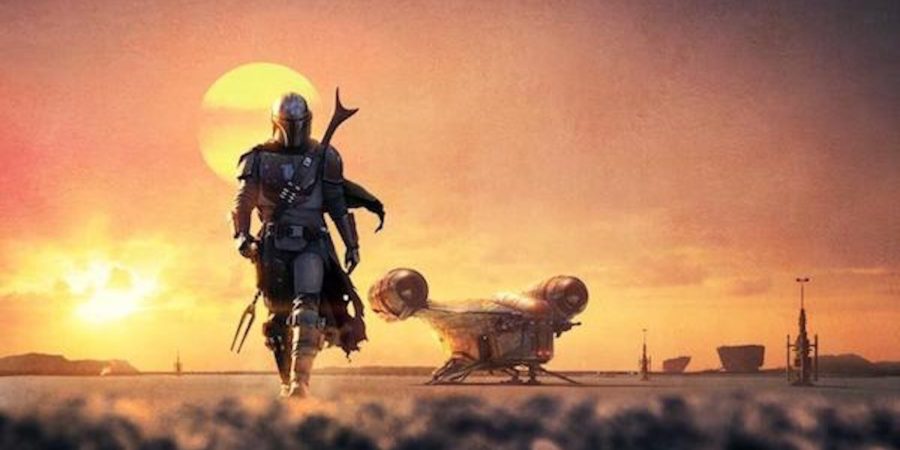 We went to town on the new platform on our iOS device, coinciding with today’s launch in the US and Canada. So how is it, what can you expect and it worth jumping in on day one? Here’s everything you need to know.

How does the system work?

I downloaded it on my iPhone and it was an easy set up, with a one week free trial for when you subscribed. It’ll be interesting to see how many people log in, watch the new series over the next week and then unsubscribe until the next round of hotly anticipated series comes in. It works like most other streaming platforms, with the content separated by brand, and easy to find. All content I came across is downloadable to your device with is pretty amazing.

What’s new to watch from day one?

Unlike many of its competitors, new Disney + series is coming into the market one episode at a time. There’s also a couple of new films for good measure, including the “live action” version of The Lady and The Tramp and a holiday film Noelle, starting Anna Kendrick. Here’s a look at our first impressions of some of the series on offer…

The biggest production that is hitting the streaming platform from day one is the first episode of Jon Favreau’s anticipated Star Wars limited series The Mandalorian, which revolves around the bounty hunter of the same name (played by Game of Thrones’ Pedro Pescal). The series throws you into the deep end as he is collecting a bounty, and along the way of the 40 minute episode, Brian Posehn gets all too briefly introduced into the Star Wars Universe, and for that, anything else is just a bonus. And that bonus comes in the form of Werner Hertzog. And Carl freakin’ Weathers. Also Nick Nolte, who’s channeling a bit of Tom Waits, if he was less than 4 feet tall. Super cool.

It all takes place 6 or 7 years after Star Wars Episode VI and the fall of the Empire, so this isn’t Boba Fett, but they’re certainly relying on the character’s popularity to sell the show.

With a $120 million production, it isn’t quite as magnificent as the buzz, nor the budget would suggest; the effects, scripts and acting jump between “made for TV”, and the more cinematic, but it’s certainty the most expansive and impressive Star Wars series to date – not a hard status to claim though given it’s the first ever live action series. It’ll certainly be interesting to see how it develops over its 8 episode run, and any Star Wars fan is sure to be hooked after the first episode. I know I am.

One episode dropped day one in the US, though two or even three episodes should be available by the time it launches in Australia next week.

A new series inspired by the popular film is launching with the platform, set to bring the concept to a new generation. The first episode comes in at 38 minutes.

Hosted by Kristen Bell – who somehow has fit another TV show into her ridiculously busy schedule – this series follows the theme of High School Musical and reunites former High School students to re-perform a musical they did together in High School. The first episode, which is an hour long, takes is to a group from California who performed Annie in 1996. It’s a cool idea that bridges generations.

The World According To Jeff Goldblum

Another longer form series that’s launching with Disney+ is one hosted by the legend himself, Mr. Jeff Goldblum. In the first 30 minute episode, “Sneakers”, Goldblum investigates the multi-million dollar sneaker industry.

In this short series from Pixar, Toy Story 4’s Forky, voiced by Tony Hale from Veep and Arrested Development, joins the original cast to ask and answer different questions – in this case, “What is Money?”. The resident Mr. Know-it-all Hamm (John Ratzenberger, in a character that’s always been a nod to Cheers fans), helps answers the question. It’s just three minutes in length, but we can expect different questions to be answered each week. Focused at kids, but with the humour adults will enjoy too, as in the original film.

A few brand new Disney Pixar animated shorts have launched with the app, under the banner of “Sparkshorts”. You can check out “Float”, “Purl”, “Kitbull” and “Smash and Grab”. Float is the one they’re pushing on the main page, a cute 7 minute film about an unusual kid and his father. Purl, meanwhile, is about a ball of yarn – because that’s just the sort of thing Pixar does.

The first 5 minute short is based around Inside Out, putting the console featured in the film that controls emotions and putting it in Washington Square Park in NYC to see what happens. Content like this is enjoyable, but it’s glorified “viral” YouTube content really. Certainly not a reason to get the service, but a nice bonus, and I like that they’re engaging in short content as much as they are. Sometimes you only have five minutes to kill!

All the Star Wars films, bar Episode VIII and Solo are available in the system, and the majority of Marvel films are too. But not everything; understandably there are other licences that need to expire from territory to territory for them to be able to have the full collection. But right now there are 16 Marvel films to enjoy, alongside a vast array of Marvel Shorts and TV Series – some of which had been quite hard to find until now. 18 of 21 Pixar Films are there, with Incredibles 2, Coco and of course Toy Story 4 missing.

Having every Simpsons episode every not just viewable but downloadable is pretty amazing. From season 1 episode 1 to season 30 episode 23. And this is definitely one of the best aspects of the streaming platform in general: everything is downloadable for your mobile device.

But the best addition to the platform? Extras that you’d otherwise only find on the Blu-Ray, like audio commentary, making of featurettes and deleted scenes, are available under the extras tab. You can’t download the extras, but the fact they’re there is something I’ve been hoping streaming platforms would do for eons. Though now my Blu-Ray collection is starting to feel unnecessary…

Having everything downloadable for your mobile is a huge plus. And the Blu-Ray extras on select products is marvellous. But I wouldn’t rush to jump into the system if you don’t have kids who are going to live for the archival content, there’s just not enough original content to jump in to the deep in just yet. But when you’re ready, you have 7 days free to enjoy – and then it’s just $8.99/month from there, making it one of the cheapest options on the market. It’s fantastic value.

I expect a lot of people to jump in for the free week, and then jump off until next year when the series are binge ready and many of the missing pieces of the catalogue become available. Though Star Wars fans will understandably be less patient, and will at least enjoy it for the first month. Then probably realise they can’t live without it.

We’ll have more comprehensive looks at the Disney+ content in the coming weeks!

Disney+ launches on Australia and New Zealand on November 19th, with some other territories (inc. USA and Canada) having launched today.