First Impressions: National Treasure: Edge of History needs to uncover more excitement in order to match the spirit of its filmic predecessors 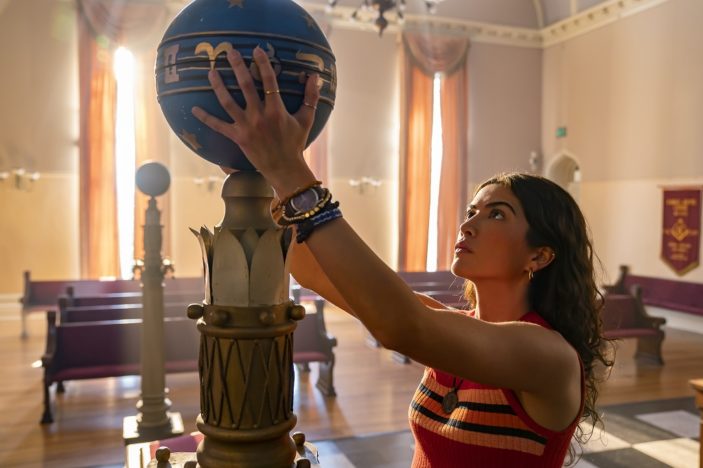 Though it’s created by Cormac and Marianne Wibberley, the screenwriters of the two National Treasure movies, and has links through the casting of guest-spotted performers Harvey Keitel and Justin Bartha, National Treasure: Edge of History has very little of the ultimate charm and adventurous spirit of its predecessors.

The films – 2004’s original and its 2007 sequel, subtitled Book of Secrets – are something of a now-considered dying breed within the cinemascope, certainly outside of the streaming platforms, as they proved entertaining options for the entire family.  Mixing historical facts with wild, exaggerated conspiracy fiction, the two films leaned into their lunacy but played it so with enough of a wink that they never buried themselves under a sense of seriousness; plus, having Nicolas Cage at the helm basically confirmed their respective insanity.

Cage’s Benjamin Franklin Gates was always going to be a character difficult to emulate, but, at least, Edge of History has Lisette Alexis at the helm here as Jess Valenzuela, a devoted puzzle solver and daughter to a treasure hunter father and Latin American historian mother, who manages to use her obvious charisma to guide us through a script that doesn’t always serve its characters successfully.  Jess being an immigrant means there’s actually some interesting aspects to her character’s connection to American culture, but, sadly, so often does the show shift to focus on her friend group who are tragically stereotypical in a very 2022 fashion; her bestie Tasha (Zuri Reed), an influencer-cum-streamer, practically feels as if she’s reading every line of dialogue as if it’s a self-profound tweet.  Unironic references to TikTok and “going viral” do not belong in the National Treasure universe.

Perhaps the biggest sin Edge of History commits is that it’s alarmingly light on puzzle solving and treasure hunting – the very things that made so much of the films’ running time an absolute treat.  There’s been word that Cage will be reprising his role for the show’s second season, so hopefully his presence brings forth more of the film’s ingredients, because as it stands as of the four episodes available to media for review, the show feels almost too afraid to surrender to the ridiculous.  Which is surprising when you consider the show’s villain is a blonde-bobbed Catherine Zeta-Jones, hamming it up deliciously as Billie Pearce, a billionaire who’s after the same treasure Jess finds herself on the hunt for.  Zeta-Jones knows how to play a femme fatale, and her campy turn lends the show the levity it so needs to truly embrace.

Though there’s talk that an actual third film with Cage is properly in the pipeline – of course, we’ll believe it when we see it – Edge of History, for all its faults, could have very well been a threequel in its own right.  With each episode bordering around the 45 minute mark, there’s an awful lot of padding present.  Dialogue and exposition is often repeated and reiterated, and maybe because television shows seem like a safer bet in this streaming landscape is why they opted to give the National Treasure title such treatment, but if anything screams Disney+ sequel, it’s this.  Cut out the fluff and edit this down to a slick 90 or 100 minutes and Edge of History could have been a serviceable little actioner.  As it stands, sadly, it’s lost the energy needed and I don’t know if it’s worth even trying to find.

As a fan of both films I wanted to enjoy myself, and maybe future episodes will help me come around, but despite sporadic amusement peppered throughout, an easy family-viewing temperament, and a scene-chewing Zeta-Jones (between this and Wednesday, are we at the start of a Zeta-Jonesassaince?), the beginnings of this adventure appear to be with light steps instead of excitable bounds.

National Treasure: Edge of History will premiere its first two episodes on Disney+ on Wednesday, December 14th, 2022.  It will continue to release each subsequent episode weekly, before concluding on February 8th, 2023.