Film Review: The Miseducation of Cameron Post (USA/UK, 2018) survives on its own calmness 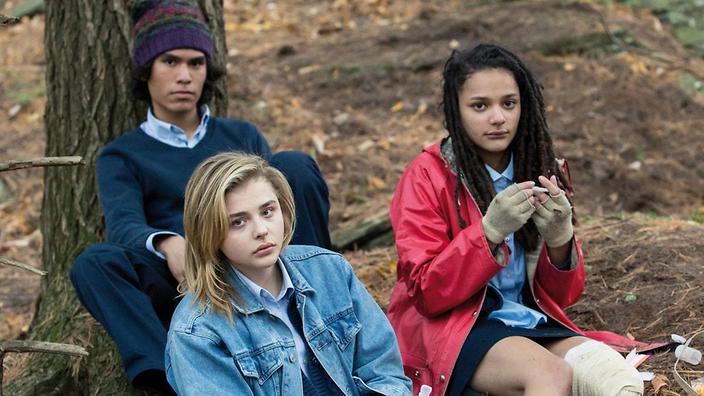 Although The Miseducation of Cameron Post‘s 1993 setting may have people believe that the gay conversion camps at the film’s centre are a thing of the past, and therefore easy to mock as a symbol of how backwards society’s thoughts on therapy was, this treatment is still sadly legal in a large number of American states.

Already a heartbreaking idea, knowing children are still subjected to this kind of treatment only amps up the emotion that swells throughout Desiree Akhavan‘s subtle yet effective drama.  Based on Emily Danforth’s 2012 novel (itself influenced by a 2005 controversy regarding a teenager’s admission to the particular treatment) Miseducation… centres around high school junior Cameron Post (Chloe Grace Moretz) who’s sent off to a re-education camp known as God’s Promise following her tryst with a fellow female classmate.

The grounds of the God’s Promise facility resemble something out of a horror film more than the summer camp mentality it’s leaders would like to instill, and given that the whole reasoning for its existence is to root out the “sin” that consumes these children, describing it as horror fare is just.  The facility’s head therapist Dr. Lydia March (Jennifer Ehle, frightening in her delivery) looks at homosexuality as if were a problem that can be readily fixed, blaming it on everything from parents giving their children too much affection, allowing girls to play too much sport, and boys learning too much about the arts; March even insists that Cameron’s own name could be at fault.

As vile as March’s beliefs appear to be, the other head working at the facility – March’s brother Rick (John Gallagher, Jr) –  is less stern, and apparently the poster child for the conversion having been successful; the sadness behind Rick’s eyes however suggest he’s far from content with his supposed straight existence.  As Rick seeks out to be the confidant he believes the kids need under the tyranny of Lydia, Cameron hopes to fly somewhat under the radar, making a distinct effort to not push too much against the grain as to draw attention to herself.  However once she aligns herself with a duo of God’s Promise’s more rebellious students (Forrest Goodluck as the gentle Adam Red Eagle and Sasha Lane as the supposedly named Jane Fonda), it becomes evident that Cameron and Lydia will come to a head in a manner neither are entirely prepared for.

Though Akhavan’s script (co-written with Cecilia Frugiuele) occasionally drops slight moments of humour, Miseducation… never seeks to make light on the therapy tactics involved here, with the film exploring in an understated manner how this type of conversion preys on confused children and turns them both against themselves and each other.  It’s a horrific notion to make an influential child believe that being gay is wrong or something that can be altered, and Akhavan makes it a point to never dismiss this; the film also adopts a refreshingly honest view on teen sexuality when visiting the moments Cameron shared with her girlfriend prior to God’s Promise.

Void of any large, Oscar bait-like moments, Miseducation… prefers to survive on its own calmness – something that’s echoed in the beautifully reserved yet strident performance of Moretz who inhabits Cameron Post wholeheartedly.  Those looking for a film to truly rebel against in overt outrage over the notion of conversion therapy may find Miseducation… a little too minimized, but its quietness shouldn’t be mistaken for carelessness as it defiantly drives home how barbaric this idea of changing one’s true self is.

The Miseducation of Cameron Post is in cinemas 6th September 2018